by Mae McCreery 19 days ago in extended family 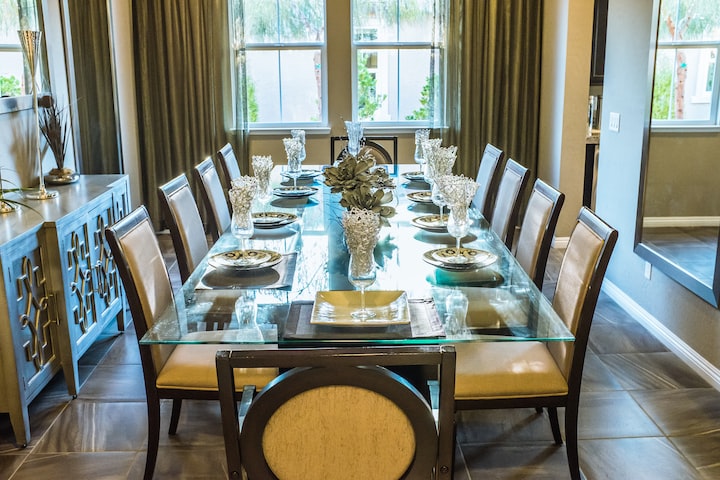 This year has been a f***ing show, okay? It's been so bad, I've started using Gen Z vocab, bet.

So you can imagine that holidays for my generation are BAD. I love my family, but I don't love being cornered and getting interrogated about why I'm not married and producing mini versions of myself; which I was convinced no one wanted me to have but now that I'm over 25 they all want me to produce offspring. I don't love being judged for getting seconds. I don't like how my family counts how many glasses of wine I drink to get through awkward political conversations where they basically trash my generation.

The one thing 2020 has blessed me with, is an excuse to not see my extended family.

"Sorry Auntie G, I can't come to your 4th July BBQ. I have an autoimmune condition and can't risk going out with a large group of people."

"Uncle Chris, I can't go out to dinner, I have that condition that Gramma Cece had so I'm high risk."

"Cuz, I can't join you for Memorial Day drink-a-thon, thanks though!"

If I had a choice between joining my extended family for an 8 hour Thanksgiving or to call in on facetime for 15 minutes; sorry but I'm staying home in PJs watching Star Trek Next Generation.

For the older generation reading this, I'm sorry. This pandemic is a serious thing that we all still have to prepare for and still be extra careful. Come on though, do you really wanna spend a week cleaning your house and dressing it up like you're about to put it on the market just for us to sit there and eat a dead bird?

Thanksgiving is a weird ass holiday to begin with, we celebrate genocide and a lot of people get mad when you point that out.

Then we don't eat breakfast and instead spend the morning and some of the afternoon cooking in the kitchen and trying to converse with everyone and get people to help you cook. But Gramma Cece didn't make the stuffing like that; Auntie G brought 'the right' gravy because she's a passive aggressive bitch who always thought she was the best sibling since she got married first and is the perfect housewife; Uncle Chris has once again insisted to deep fry the turkey but doesn't remember that mistakes he made last year and starts drinking at 8 am and is fairly lit by the time he lowers the turkey and forgets how long to cook it. So the whole family is staring at the sides and waiting for the turkey to be done, and we can't start eating until the turkey gets carved.

I remember one year where I snuck a roll to eat because the turkey was 3 hours late and my great grandma smacked it out of my hand and told me to wait for the turkey. Like it was a special guest and it would be rude to start eating without them; instead of being the main course.

Christmas Eve and Christmas Day are always a huge deal for my family, we have a Christmas Eve party with everyone with that terrible white elephant game where like 5 people who were born into this family always forget to bring a gift. I usually end up in the kitchen with my gay uncle and we split a bottle of champagne that he hides from my three aunts who could shoot 4 bottles without blinking, and I've seen them do that. He and I watch everyone pick gifts and trade gossip about the family while fending off the smaller children who keep trying to steal candy from the fridge.

Then Christmas Day, we start with breakfast at my uncles house, and he can't cook. This man once sprinkled cheese on a cookie tray and burnt them to hell and then served them as a snack. He always makes hot chocolate for everyone but always puts cinnamon on top of the whipped cream and its always at least a spoonful. I hate cinnamon so much and 'its rude to not drink it in front of him' and he's one of those people who will watch you and make sure you take a sip before they leave you alone. So, after being forced to snort cinnamon like the child of Julia Child and Scarface; we have breakfast. Then we go to my grandmas for the kids to open their presents. We don't give presents for the adults in my family, once you turn 20 that's it no more presents. After my grandmas. we go to my aunts house where we break off into groups. The kids show off their new toys on the porch, the teens hide on the back patio near the garden but close to the food so they can steal a plateful of food and go back and hide and complain about their parents. The men usually crowd around the 75" flat screen and spend an hour debating on which movie to watch before ending up on some random movie that they watch every year. The women usually go between the kitchen to the dining room and bitch/brag about their kids and husbands.

Then there's me. I am not that close in age to anyone else in my family, the closest ones are a cousin that 9 years older than me and another cousin who's 11 years younger than me. I'm too opinionated for the men in my family, the minute I step in their general direction they shout questions at me and don't really need me to answer as they bring in what they think I'll say.

"Hey! How do you feel about that woman being VP? Bet you feel real good and are SO happy about it but don't get used to it." (Actual thing my wretched uncle texted to me in a group chat)

Then I could go hang out with the women in the kitchen and get a glass of wine, but most of them just passively aggressively ask me when I'm gonna get married and give me advice I didn't ask for.

"So, if you get highlights and maybe lose about 20 pounds, I bet you could bag a doctor. And I mean at least 20 pounds. Go give your dad a piece of pie, oh no you don't need it honey." (Actual thing my older cousin told me)

The teens just usually look at me like I'm a narc and the kids are way too loud and I don't understand what it means to play as a dragon but I'm not doing that.

So, I usually sit in the garden with a glass of wine and a book and hide away from everyone else.

A lot of people near my age had the same experience during holidays as I did. We were normally on our own and doing our own thing because no one else really wanted our company.

So not being forced to go to holiday events this year is the one silver lining for me. I don't have to sit between two relatives who aren't speaking directly to each other but ask me to tell the other person to pass the mashed potatoes. Nobody asking when I'll get married. No one asking what my degree means and why I want it so badly since I'll 'stop working when I get married anyway'.

How do we end this style of family gatherings? If you didn't grow up with this, you are very lucky. If you also have a weirdly hostile family, join me virtually for a Walking Dead and Star Trek marathon. BYOB and no judging what or how much your drinking/eating. You do you boo.