10 signs your partner is cheating

by Farhat 4 months ago in divorced 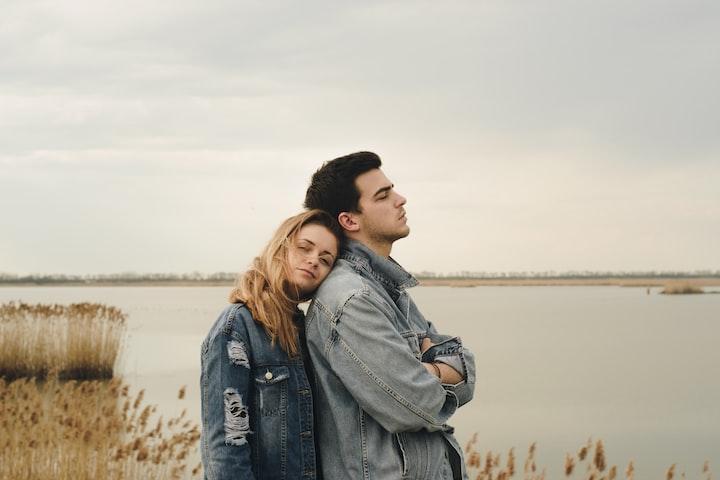 Photo by Milan Popovic on Unsplash

If you’re in a long-term relationship, you know how difficult it can be to tell if your partner is cheating on you. After all, we tend to make excuses for people we love and trust, even when they start acting suspiciously. In order to have a happy marriage life, it’s important to learn how to trust your instincts and be able to tell when your partner might be lying or hiding something from you.

1) They are constantly on their phone

a study has found that social media sites like Facebook, Twitter and Instagram are causing people to be unfaithful. According to a poll of 2000 adults who have been in a relationship for more than a year, 37 per cent said they’d been tempted by someone else after browsing their phone or other devices. The study revealed almost one in five (19 per cent) had actually cheated on their partner after catching them flirting online with someone else. In order to find out how honest our partners really are, we asked two million users from all over the world via surveymonkey: If you were going to cheat on your partner/spouse, would you do it? why or why not? Over 10 000 responded. Here's what we found

2) They complain about the sex

When you’re in a long-term relationship, sex does tend to slow down—and that’s natural. If your partner has started to complain about how infrequently you two are having sex, however, it might be a red flag. If he or she only complains about it when you bring up starting a family—or otherwise pressures you into having more children—it could mean they have someone else on their mind. They’re rude to waiters and store clerks: This isn’t necessarily cause for concern—most of us can get crabby when we’ve been stuck at work all day and we just want to go home! But if your partner suddenly becomes irritated with anyone who attempts to do him or her any sort of service (e.g., treating them nicely as a waitress), it could mean there’s some level of resentment going on.

3) Their time management seems off

Sure, we all run late from time to time—but if your partner’s lateness has now become a habit, then you should definitely be concerned. Are they trying to throw you off their scent by sneaking around? And if so, what kind of things are they up to behind your back? It’s not just extra hours at work that can explain a suddenly hectic schedule—it could also be that your partner has found a new love interest. Be wary if every day seems like cram day for them—they may be overextending themselves to hide something. You’ll want to keep tabs on who your partner spends his or her time with and where they go when out with co-workers or friends. If there are any unusual patterns, pay attention!

4) Their social media posts seem different than before

While their social media posts might seem innocuous, changes in how they post online can be an indicator that something has changed. Watch out for sudden bursts of selfie pictures or constant self-promotion in a way that wasn’t there before. While you shouldn’t automatically assume your partner is cheating just because they posted something new on Facebook, it’s important to be aware of these signs and what they could mean. Do they always have their phone? If so, what are they doing with it all day? Do any of those photos include other people? Is anyone suspiciously absent from any group photos? Are there more selfies than usual?

5) A family member or friend tells you something odd

your partner (boyfriend, girlfriend, husband, wife) has been acting strange. They won’t tell you what it is, but they insist it means that something fishy is going on. How do you decide whether or not to trust them? Here are some questions you can ask yourself: Are my partner and I involved in a serious relationship? The earlier in a relationship problems arise, the more likely it is that they are connected to another person or outside factors. But if you have known each other for a while and things just suddenly change, it could be a sign of trouble ahead. Does my partner get along with everyone else we know? Do our friends like him/her?h

6) Financial issues appear out of nowhere

If you’re struggling to pay bills, it’s hard to have time or energy for anything else—including an affair. In fact, someone who isn’t having an affair may feel financially secure enough to be generous and thoughtful with his or her partner. Watch out for sudden and unusual financial issues that could point toward another person or another problem. Can't stop working: There are a lot of reasons why someone would choose to stay late at work, including poor management style and difficult clients. However, if your partner stays away from home later than usual every night without any explanation of what he or she does during those hours, there could be cause for concern.

7)They always have an excuse for coming home late

A sure sign of someone in a relationship who is cheating on you late at night, every now and then, comes up with an excuse for being out so late. Whether it’s a work event that went longer than expected or something completely bogus like having to help a friend move across town after work, if your significant other can’t be honest about where they are and what they’re doing, then there’s definitely some deception going on. Be careful, though! Not everyone who works more than normal has a secret lover—sometimes people just get busy with their jobs. So don’t jump to conclusions too quickly. Keep an eye on things for awhile before you decide to confront them about it—if they really are meeting someone else behind your back, chances are good they won’t have time to hide their activity all the time without slipping up sooner or later.

8) They suddenly become secretive and private

One of marriage counselors’ biggest concerns when working with couples, particularly those that have been married for a while, is infidelity. If your partner suddenly becomes secretive and private about their phone calls or texts, take notice. Are they acting differently? Do they leave their phone at home more often than usual? Are they avoiding answering questions about where they were or who they were with? All of these are potential signs of an affair. If you do suspect something is going on, try to be respectful and not accusatory; sit down and discuss it with them openly and honestly. Hopefully, if there really is something going on, you can resolve it before it damages your relationship too much. Or maybe you find out you’re just being paranoid! Either way, you can’t go wrong by having a serious talk about it—that’s always better than keeping suspicions bottled up inside.

9) Their body language changes when they are with you.

10) They bring up topics from your past together that were painful.

Maybe they’re trying to remind you how you used to feel about each other. Maybe they’re hoping that, if they mention those issues, you’ll bring them up again and start fighting. Whatever their motivation might be, it’s a clear sign that something is going on with your partner. You should never have to put yourself through pain like that again, so pay attention to what your significant other does when you don’t want to talk about certain things. If they pry or push for answers, there’s a good chance that they have ulterior motives in bringing these topics up.

More stories from Farhat and writers in Families and other communities.