by Miss Ruiz 2 months ago in book reviews
Report Story

A look into Beloved and Invisible Man 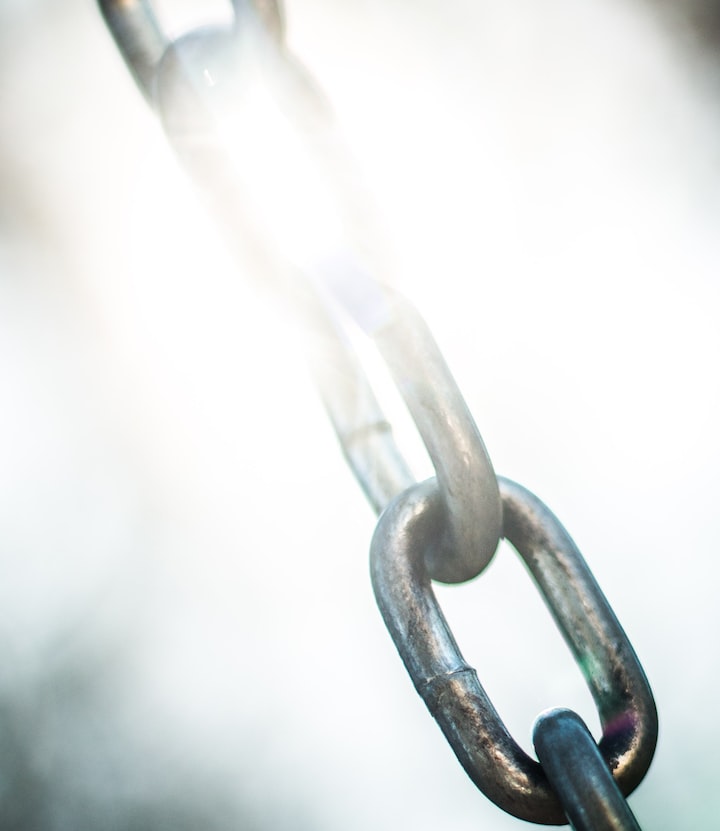 Photo by Matthew Lancaster on Unsplash

Characters within Invisible Man by Ellison and Beloved by Toni Morrison, the amount of violence and challenges the characters face force them to reevaluate their humanity in the face of the White majority that constantly dehumanizes and compares the Black characters to animals. They defend their humanity by experiencing the cruelest and most horrifying bits of life offered to them and still coming out and reflecting upon it.

Ellison starts the prologue with a reflection upon the narrator's life and where the narrator is past the novel's events. "I am an invisible man… I am a man of substance, of flesh and bone, fiber and liquids -- and I might even be said to possess a mind" (Ellison, 3). The narrator remains unnamed in the novel, as it is not essential to the persona that the narrator wants his audience to know. It is irrelevant to the identity that he is putting forth. The audience knows who the narrator is from the prologue. He is a man, and despite the novel's events that the audience has yet to read, he believes himself to be a man no matter what the audience deems him by the end.

Throughout the novel, the invisible man goes through an array of cruel experiences from people of both Black and White races. However, the cruelty exhibited is a product of the White Supremacy and prejudice that remains prevalent throughout the novel despite the "progressive" standing of some of the White men. In the first chapter, the invisible man tells the audience how naive he was, ready to head off to college. He was invited to an event by "the town's leading white citizens" (Ellison, 14). The narrator assumed that they were trustworthy because the organizers were community leaders. The narrator lets the audience know exactly who is the blame for the battle royale and pure violence. The White men pit the Black boys against each other for money for college. Unfettered by the violence, when he won, he was proud,

I was so moved that I could hardly express my thanks. A rope of bloody saliva forming a shape like an undiscovered continent drooled upon the leather and I wiped it quickly away. I felt an importance that I had never dreamed (Ellison, 26).

Importance for the narrator is hinged upon the acceptance of whatever authority figure will move him to the next significant point in his life. First, the White leaders. Next, Dr. Bledsoe, and so on. With each instance, he believes that the person is attempting to do right by him. They are trying to advance their motives.

While the narrator never writes that he is called an animal, he is dehumanized with insults. He is used as a tool constantly. He is the driver for Mr. Norton. He is a laborer. He is a speaker for the Brotherhood. He is always a tool or laborer under someone else but never his being. He is an "other" to the White man, but he is also rejected by his own. When he finally believes he has found a community with The Brotherhood, he becomes a pawn.

In a committee meeting about the narrator organizing a funeral for the disgraced Todd Clifton, the narrator is criticized for recognizing Clifton's race as a motivation for police to murder him as an unarmed Black man. The Brotherhood does not want to focus on the issue of an unarmed black man being shot, but that Clifton was a "traitor" to the Brotherhood, not that this fact was essential to the police who shot him. The Brotherhood says that the crowd that showed up at the funeral, "Such crowds are only our raw materials, one of the raw materials to be shaped to our program" (Ellison, 365). Essentially, Black people are once again only a pawn in the game of White people's motives. The narrator is being used as a liaison to the Black Harlem community, not because the Brotherhood cares about these people, but because they are helpful to the cause and advance their political agendas.

As the novel progresses, with each setback the narrator has as he realizes, again and again, he is being used, the narrator becomes more violently angry. With his anger comes intense self-reflection of who he is and his purpose in society. He even goes as far as walking in another man's shoes for a night, Rinehart. Before being mistaken for him, the narrator does not know whom this is but spends the night assuming his identity to see what it feels like not to be himself. His humanity is dependent on his association with others. The narrator lacks a family to speak of and lacks any real support. His alone and invisible, being lumped in with the rest of the Black folk who cannot tell him apart from others.

At the beginning of the novel, Sethe tries her best to live everyday life, or what normal is for a formerly enslaved woman with an abundance of trauma, with her daughter and her significant other. She has her own house at 124 Bluestone Road and is a technical freedwoman. Everyday life is not available to Sethe as she is haunted by the ghost of the baby she murdered to keep the baby from returning to slavery. While this act of murder was to protect the child Paul D indirectly compares Sethe to an animal. He says, "You got two feet, Sethe, not four" (Morrison, 194).

Sethe is compared to an animal more than once in the novel. When she was nursing her children, her enslavers treated her like cattle, "After I left you, those boys came in there and took my milk. That's what they came in there for. Held me down and took it" (Morrison, 19). The brutality and violation of her breast milk taken from her do not go into the even worse specifics, Sethe knowing she could not handle talking about the experience. She has been treated like an animal during her enslavement, and that mentality of being a lesser human does not leave right away.

Sethe compares herself to a horse when she pees for so long and so much that it is like water breaking before labor. Comparing somebody or a character to an animal dehumanizes that person or character and gives insight into how Sethe thinks about herself. Sethe is dehumanized because of the drastic measures she took to protect her children from slavery, "a pretty little slave girl had recognized a hat and split to the woodshed to kill her children" (Morrison, 186). The dehumanization of herself and others shows Sethe's struggle with her actions and what those decisions made of her.

Sethe defends her actions, "I took and put my babies where they'd be safe" (Morrison, 193). Sethe saw no other option in defending her and her children from being read and enslaved, so death seemed like the next best choice. Sethe did not try to kill her children with cruel or even evil intentions. She was a desperate woman who wanted to spare her children from being enslaved.

Sethe loses her humanity for a bit, as she recognizes Beloved as her dead daughter from eighteen years ago. Sethe and Beloved become infatuated with each other, Sethe losing sight of whom she is, only focusing on Beloved. Morrison writes, "I can sleep like the drowned, have mercy. She came back to me, my daughter, and she is mine" (241). As Beloved takes over the house, Sethe's humanity is solely dependent on her relationship with Beloved. She is a mother, and that is all. She is no longer a mother to Denver, just Beloved. This new dynamic creates a codependent relationship in that Sethe struggles to release herself from those confines. Her guilt from the death of the baby eighteen years prior to the main timeline of the novel makes her obsessed with trying to gain forgiveness from the strange woman. When Sethe finally banishes Beloved from the house, she gains back her humanity and identity. She no longer has to defend her actions and can go on with her life caring for the daughter she does have.

Invisible Man differs in its female characters. While Ellison's novel rarely features a woman and focuses primarily on the Black man, Morrison focuses on the brutality of Black mothers during slavery. Ellison's narrator struggles with the humanity of being treated like a tool instead of an individual, while Sethe struggles with being too human and the actions caused by her trauma. Both had to reflect and let go of the events that held them back and find themselves as they moved on.

Ellison's narrator holds on to the anger of his life as he sits down to write about hs lids through the novel Invisible Man, but Sethe and her family "forgot her" (Morrison, 324) in order to move on with their lives. Their humanity is tested and abused through the novels with abundant violence from White populations. Violence against the Black characters is the primary motivator of the novel. Both novels are based on historical events like the Civil Rights Movement and slavery. The events that inspired Beloved are a true story of desperation on a desperate woman's behalf.

Although the characters struggle through both novels, their humanity shows how they react to the violence they are unfairly dealt with by society. The emotions that are relayed are uniquely human and tragic. Black individuals have their humanity question, but these characters defy the White man's narrative and demonstrate their resilience.