The murky underbelly of teacher/student relationships, and how seemingly innocent acts can have heinous consequences. 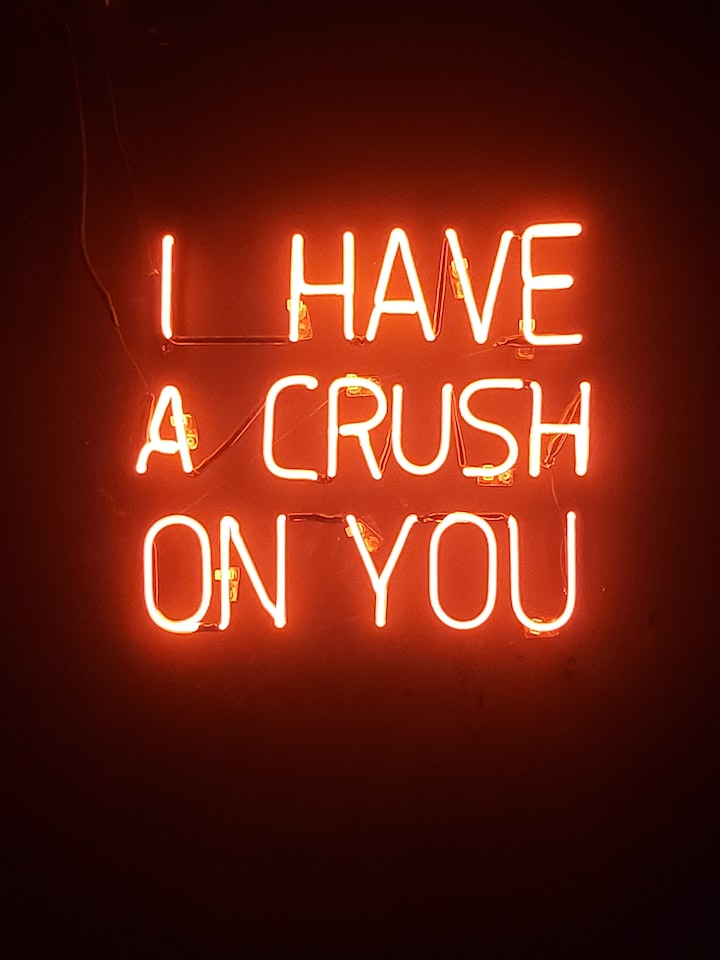 Photo by Leonardo Sanches on Unsplash

James and I met under what you could call scandalous circumstances. I was in high school and he…well, he was not “in” high school, but I often saw him as I walked the halls between each class. Take from this description what you will.

I’d pretend to chat with friends as I carelessly put books away in my locker, working overtime to appear as if I wasn’t trying to catch his eye, but overly aware of the feel of his stare on my back. The cat and mouse game of attraction and denial hung thick in the air, constantly choking the sense out of my already clouded judgement.

In basic terms: 16 sucks and hormones are a bitch.

For years we continued a flirtation; weekend study sessions and the occasional text. He’d tell me about his girlfriend and the disaster that was his dating life and I’d listen, doe eyed and in awe that this much older man was entrusting me with such personal information. He trusted me…he must really care about me. It was exhilarating to think that he looked at me like a peer- his special confidant he could talk to about anything.

He knew things were tough at home, and even took my mom on a date once when he and his girlfriend had broken up. I had begged her to go knowing full well that she wouldn’t like him, but desperate to get a deeper look into his life by way of my exhausted mother. They went out on a Friday night and I vividly remember marching up to him the following Monday and asking how the date went. I already knew the answer, of course…but I was excited to have a reason to talk to him.

His answer was sly; he had fun, but had his eyes on someone else. His stare lingered a little too long and I remember how the blood rushed to my cheeks. Suddenly it was if the halls of my high school had turned into a sauna, and his stare reminded me that I was terribly over dressed for the climate.

I confided in my Mom after her failed date that I had a crush on him, but in true single parent order, she rolled her eyes. Looking back, I don’t blame her for the reaction. Raising six kids on your own isn’t an easy task, and true to my middle child nature, I was my own kind of hurricane. One day I was into boy bands and the next I was stealing her eye liner and insisting on only wearing my sister’s shirts from Hot Topic. I’m sure it seemed like an innocent school girl crush that would pass, right along with the season, and nothing more.

Nothing more, that is, until it would later culminate into what can only be described now as one of the most deeply abusive relationships I’ve ever been engaged in.

Towards the end of Junior year, while drinking Smirnoff Ice at a party and slowly becoming more and more certain that I was hot shit, I dialed his number. To say I was drunk would be an understatement.

I remember it was late and with each unanswered ring the liquid courage pulsed through me. I soon found myself stumbling around some random kid’s bathroom, trying on lipsticks that weren’t mine (from what I can only assume was their mother’s makeup drawer), and laying bare my feelings over voicemail.

I was slurring, sloppy and determined.

I unleashed my sweet nothings into my blue knock-off Razr phone that I had begged my mom to buy for me. I was in love with him and wanted him to come pick me up and spend the night with me. I was 16 now (almost 17!) after all. I could decide for myself what I wanted to do and who I wanted to be with. Rules be damned.

Of course, he never called back that night and somewhere between the Smirnoff Ice and peach schnapps mixed with gatorade, I fell asleep in the bathtub.

The voicemail became the catalyst.

From then on the tension in the air was enough to choke us both. What started drunkenly in a bathroom at a lame high school party had now found its way to the halls of my high school. Soon the texts became as heated as my cheeks and eventually he made his move. After school, between the classroom storage closet and the desk I once called mine- he kissed me.

Looking back, all I can truly recall from this moment is that his mouth was open, and his pants were pleated.

Days bled into nights. My life revolved around secret meet ups, and hidden weekends. We were code words and unspoken understandings. I’d pack my bag frantically at night and on my out the door tell my siblings I was staying with a friend. For the first time, I was excited to have a mother that worked nights. One less hurdle I had to jump to get to him. She can’t say no if she's not here to see me leave, I thought.

Crouched down in the back of his green Ford Expedition, we’d creep out of my neighborhood and make our way to his place. Always only on the nights his daughter was with her mom, and always only when it was convenient for him. What I didn’t realize then, besides the glaring reality of the fact that this man groomed me and abused his position of power, was that it would always be about him. He purposefully chose someone who he was young and naive- and therefore- malleable.

His pleas for privacy lived rent free in my mind. It wasn’t lost on me that I held this man’s life in my hands. He would often tell me his plan in case our relationship became public; he’d “deny, deny, deny” -and if need be-he’d kill himself.

Over time, I learned to accept the parameters of the relationship. He never spoke my name to his siblings or his parents back in Virginia.I never met his family or spent time with his daughter. Once I was in college and had my own car, he’d sneak me in after she’d go to bed, and I’d be gone by the time the sun came up; back on campus at the crack of dawn and trying to figure out what the hell was going on with this weird ass relationship I found myself in.

He’d attend my family gatherings and, through the haze of intense judgement emanating from my brothers, hang out and try to make pals with everyone. He was, overwhelmingly, weird…and gross.

I started growing up, and he started putting less and less effort into covering up his affairs. He had always run around, but the scales were always tilted in his favor so I didn’t create a fuss. I accepted it, the same way I accepted the physical abuse once it started. I made excuses for it. I told myself that it was because I had pushed him to the limits. I had ruined this man’s life by forcing him to make a bad decision with me when I was a minor.

Or so I thought… mistakenly.

We eventually went our separate ways. I started dating age appropriate guys (though continued to choose poorly because I hadn’t yet figured out that I needed to heal personally before I could responsibly choose a partner). He kept dating girls. Girls, not women. All were younger. All were impressionable. And absolutely none of it was my business because they were technically adults.

I protected him for years. Denied there had been a relationship. Denied there was anything inappropriate. I worried for the health of his legacy more than I worried about the health of my own self. The weight of his past threats of self harm that had been so successful in keeping me silent for so long, were now nothing but empty words.

As the years went on, and the therapy started, I realized just how many abusers will use threats to maintain control, even when the relationship is long over.

Once my husband and I welcomed our daughter, I knew that the health of this man’s legacy no longer mattered to me. Which is a good thing. But I’ll always be stuck carrying some piece of James with me.

I’ll wear the scars, absentmindedly, until something reminds me that they still exist…under the surface of my newer, stronger skin I’ve developed in my adulthood.

More stories from On the Lamb and writers in Education and other communities.