On Deadlines; or, the Story of Every Essay I Wrote for School

by Littlewit Philips about a month ago in student 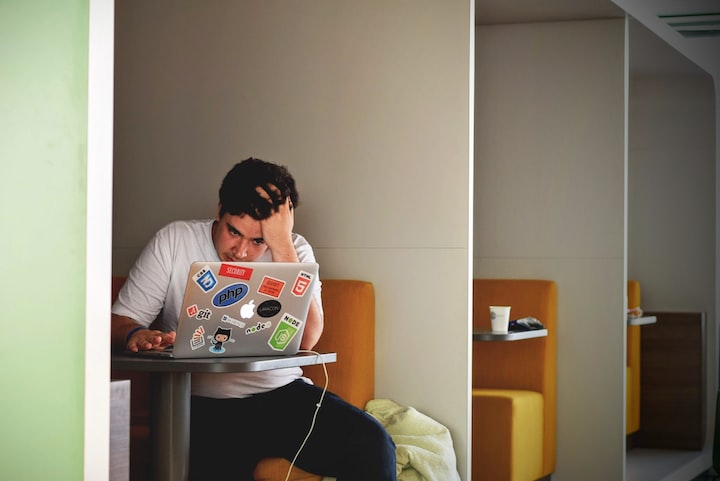 Photo by Tim Gouw on Unsplash

In hindsight, it's amazing that I only handed in a late project once across my degree.

See, this was my usual approach: If a paper wasn't due until next week, I wasn't going to think about it until next week. When the due date finally arrived, I would sit down with a blank document and poke around at it. I'd usually get distracted by YouTube. At some point, the panic-switch in my brain would flip, and all of the sudden I would surge into some kind of flow-state where words just poured onto the page. A few minutes before the deadline (whether that was 5 PM, 8 AM, or midnight) I would have a finished document.

I am a bad person, so I often got a good laugh out of professors praising me for how much forethought I clearly put into this project.

That's not to say that I was either a great student or a terrible student. I was a mixed bag, like I imagine most students are. The only way I could escape with decent-to-good grades was that I stayed on top of the readings. And yet, no matter how much I swore at the start of term that this would finally be the semester without an all-nighter, if a paper needed to be handed in at the start of class at 9 AM, I wouldn't have slept more than a few minutes by 8:55 AM.

By the end of the semester, my blood contained about the same ratio of caffeine as your average energy drink.

This didn't concern me, though, because I always had enough metaphorical gas in my metaphorical tank to propel me across the finish line. I realised fairly early in my education that I was capable of writing ten pages (or more!) of academic writing in a sitting. Was it exhausting? Sure. Did my brain feel rubbery and a little bit burnt by the end of semester? Definitely. But I could do it, and so I felt like I was doing well enough.

What started to concern me was imagining myself in a future where I had bigger deadlines.

What if I was to write a novel, and someone put a deadline on that? Would my panic-mode kick in early enough to save me, or would I end up missing important deadlines because it took too long for me to realise that I needed to get to work right away?

How would I even get to that phase? After all, without that rocket-boost of energy from panic, where would I find the impetus to actually get a novel written?

That was the thought that kept me up at night, even when I didn't have anything due.

I told myself that I had to learn new habits quick. I needed to learn better habits. That was going to save me later. So figure out how to write papers in advance today so that I can write passion projects in advance in the future. And hey, if that had worked out, we'd have a great little education story here, wouldn't we?

But I never did.

Throughout my entire degree, as the semesters and the exhaustion built up in my body like a toxin in my kidneys, I never figured out how to work on papers in advance.

Paper after paper were written in the early hours of the morning, with headphones blasting loud music to keep me awake and panic finally affixing my attention to the task at hand. People around me looked on in horror if they knew how little I was sleeping at the end of semester, but the grades I received were good enough to keep me in school and even in some scholarships.

Here's the best detail of all: none of this mattered.

I thought that I was a lazy student who put everything off until the last minute, but only half of that was true. The reality is that while university taught me many valuable lessons, it was also playing a game on someone else's rules. To be clear and explicit here: I don't regret my education. If someone told me they were considering a degree like mine, I wouldn't tell them to expect it to be incredible, but I also wouldn't warn them away from it. I found value in that education, and I'm very privileged to have that experience.

But the absolutely most important thing that no one taught me at university is that your motivation for projects will always, always, always shape the process.

If you get a degree that involves essays, here is how the trajectory might go (it is, after all, how mine went): early in your degree, you will be tasked with writing short, simple essays, and you will be given specific essay prompts to respond to. You will likely be in all sorts of boring survey courses, and whether you have strong feelings about Beowulf or not, you will have to write about Beowulf. Prepare to make up some opinions about Beowulf.

As the degree goes on, you will have more options to pick specific courses that appeal to you. If you have smaller classes, you'll have more opportunities to distinguish yourself to your instructor, which might earn you more opportunities to pursue weirder topics that are more specific to your interest. However, you still need to hand in work that can be graded according to your school's scale, so there will always be hard limits on what you can produce.

The end goal of all of these papers is the same: you want a passing grade. In order to achieve that passing grade, you might have to write something you find interesting. That interest is only ever a side-effect, though. The target is still that grade.

Then, finally, you will graduate with a new set of tools at your disposal, and you will decide what to do with your tools, and that is the point where everything can change for you. You might decide to write a novel, for instance, or pick up some other project. You could write a series of memoirs, or you could start a Vocal blog.

And for me, it's under those circumstances that deadlines no longer become necessary.

Deadlines are only important if the work is something you want to avoid in the first place. In the case of essays for my post-secondary institution, that is work I want to avoid. But as you can see by clicking through my profile, I actually really like to write. Sometimes I impose a deadline of my own for Vocal posts, but most of the time I write them when I want to because I enjoy doing them, so time seems to present itself. I could be asleep right now, but I'd rather be finishing up this post.

I'm not here to propose that we radically reshape the education system. I don't know enough to make a proposal like that with any credibility. But I do wish that there was some emphasis on the pleasure that some of these activities can bring. Writing essays cane be fun! I like over-analyzing media, so writing essays should come pretty naturally to me. And yet, formal essays were always put off to the last minute because it felt like the post-secondary system was designed to suck the pleasure out of the whole process.

The goal was never the pleasure. The goal wasn't even necessarily the process of learning. The goal was getting that grade, that diploma, that degree, that scholarship. The project was always a means to an end. Here, when I write about things I find interesting, the project can be its own end.

How do we fix that?

But if you are suffering through finals right now, and you're afraid that you will never be able to just write for writing's sake because of how final essays make you feel: maybe worry a little bit less about that. I can't promise you anything, but there's a chance that your reluctance says more about the system than it does about you.

At least, that's been the case for me.

If you enjoyed this post, please consider checking out some of my other writing. If you like what you see, I'd appreciate it if you left a like and subscribed.

The primary task of life is outgrowing the bio you have already written.

Read next: Taking the GMAT in Budapest