It Took A Prof to Change My Perspective

How teachers and profs influence us 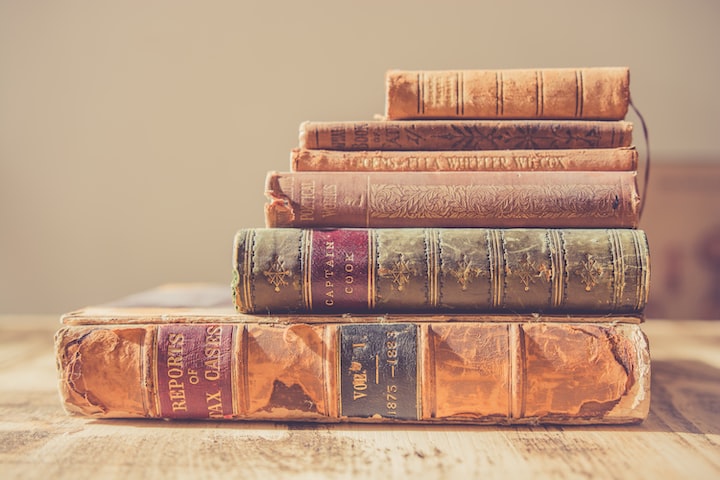 Photo by Chris Lawton on Unsplash

We have all heard it before. Teachers are the unsung heroes who are overworked and underpaid. Through High school, I never had a teacher that had changed my mind about writing until I reached university. I had recently finished upgrading at Mount Royal University and decided to take a few classes in open studies. Open studies, (for those of you who don't know) is a great way to figure out what you want to do in life or rather what you want to learn and get a degree in. So, I mustered up the courage and took a few classes such as psychology, Italian, and a few English classes. One of the English classes I took was creative writing it was an evening class, so a lot of the students that took the course were doing it for fun or just had to take an English course for their graduation. I was young and naive, to say the least. My prof had an interesting way of leading the class. He stood in front of the class and he wore a tweed jacket, had a peppered grey beard, and glasses to make him look intelligent and like any other professor. The class size was small maybe fifteen people at most.

He handed out the first assignment, I remember looking at the sheet and thinking this guy was high and out of his mind. The assignment was to go outside for a walk around the block and write down every word that we saw. I thought that there would not be a lot out there, but I was wrong as I had come across a candy wrapper that had so many words and ingredients. I was staring at a piece of litter for nearly twenty minutes scrambling to write down everything that was featured on the wrapper. I came into class the next day and he asked us to share some of the things we found and I lifted my hand up and recited the random words I came across. The prof then asked the class what do you think the purpose of this lesson was? None of us really knew the answer we all looked at each other and shrugged. He then said "The purpose this was to teach you about writer's block. Many people think that you have writer's block and you cannot come up with anything good, but inspiration is all around us and there is no such thing as writer's block. Writer's block is all in the mind. You all collected many words, so you see even when you are not looking for inspiration, it surrounds us all" he explained and my mind expanded. He was completely right there is no such thing as writer's block. It is just another word for procrastination.

The next day, I went into class expecting that everyone else had the same idea, but some students had used some of the sentences of the articles, others had simply rearranged the words. When I shared my story with the class and told them about the newspaper article I had it was very different from what I came up with. My results were very different and my prof asked me what I did to achieve this goal and he was awe-struck. He looked at me and said "let me get this straight you had an article about an old lady passing away and leaving millions to her children and you turned that into a story about characters searching for a time machine that was built?" he asked me and I nodded, he then smiled with glee and said, "that was pure genius".

Then the next assignment, he simply said "write anything that comes to mind and have it "to be continued"." Immediately, I sat down and brainstormed ideas, left and right I had things pop into my head. I went home and wrote the story. It was a short murder mystery that would be "to be continued". I shared it with my older sister who looked at me said "I think you should change it to be less gruesome, the prof might think there is something wrong with you" she said and I took that to heart and changed a few things to make it less gruesome. I went into class and I shared the story with the class because I wanted my prof's feedback and (the only way he gave feedback was if you read your story out loud in front of the class.) While reading it out loud, he would take phrases from my story and write them down on the chalkboard and he would ask me questions "why did you use this phrase instead of this?" and I had a logical explanation to each of his questions. After explaining my thought process he looked at me and said "I really like the way you write, it's really good, it's really good, but I feel like you could have made it much more gruesome”. So, really I should of had it and left it super gross as I had originally written it.

Soon, the semester ended, and in the last class, he asked for feedback about the class and we all silently scribbled something down. He sat on top of the desk and told us this.

"Many of you are not writers, some of you took this class because you needed the credit, others took it because you thought it interesting or maybe you do like to write. Here is what I would you to take from this class. Writers do not make a lot of money and chances are if you do like to write, I say write whatever the damn hell you please because, in the end, it will be rare that someone will pick up your book and read it. Keep writing what you want because chances are no one will read it anyway". Yup, that's how great this class was, but that very sentence is what motivated me to start writing novels for myself. This class was a complete game-changer. I wrote what I wanted finally and not what I would want people to read. I wrote what I wanted for myself and I have not been happier since. So, dear reader, write what you want and do not worry about the judgment of others because chances are no one will read it.

More stories from Ada Zuba and writers in Education and other communities.