Behind the Curtain: Juilliard Edition

SP
by Sophie Pariot 2 months ago in college

Behind the Scene stories of my time there! 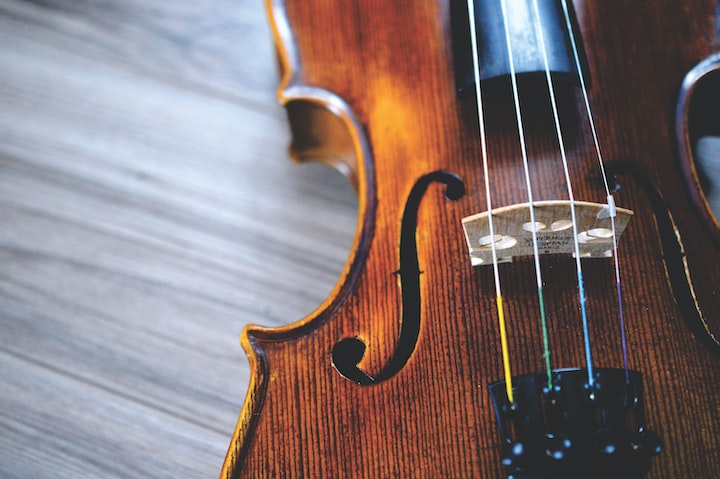 Photo by Providence Doucet on Unsplash

It's hard to believe it's been 6 years since I graduated from the one, the only....Juilliard! Yes that school that everyone (and their mothers) have heard of, one of the top, prestigious Music Conservatories in the world where Yo-Yo Ma to John Williams has attended and gone off and taken over the world. Anyway I thought it would be fun to tell some stories and memories of have of going there. These stories aren't meant to critique the school or ANYONE just fun tid-bits that I remember so hopefully you will read these and enjoy them!

It's the first week of college here at Juilliard. Me and all the other freshman are nervous, excited not knowing what to expect at all. Thank Goodness I already knew some people going in but let me tell you, music conservatories or at least this one is like high school, cliques everywhere and nothing was as scary as walking through the cafeteria for the first time looking for a spot. PLUS on top of that you attending a conservatory that has a Dance/Drama/Vocal division so it's melting pot of personalities. I will never forget before one orientation activity these two guys next to me turned and introduced themselves and still to this day, 9 years later we are still friends! The group of people I became close to honestly helped me through so much. We had the best time together in New York, drinking at bars, going to parties. Seriously without them a music school so tough I don't know if I would have been able to get through the experience. I'm not saying it was bad at all! more like a wake up call, suddenly you are a tiny tiny fish in a HUGE ocean and either that can make you or break you. I think my 4 years there I went through both but wow thats all I can really say.

Anyway I wanted to also tell a quick story of what happened the very first week there that I will never forget. We were getting so many emails that first week, reminders, lesson scheduling all typical when starting college. Well the Orchestra Office had sent out an email with all the orchestra concerts that would be happening for the year and what pieces were on them. At the top of the email before the list of concerts they were asking students to email them I believe our top 3 or 4 preferences of which concerts we'd like to play in by the end of the week. In my mind I was sure there was no way they were going to take in consideration what a freshman wanted, let alone give everyone their top 1 preference so I didn't send them an email. BIG MISTAKE! I received an email after the deadline asking that I go to the Orchestra Office to speak with them and let me tell you they set me straight real quick. Basically I was reminded that no matter what it is unprofessional not to reply to an email and in the real world it wouldn't be tolerable which is true. Most orchestras if not all have a certain manner to which you must uphold which you won’t exactly find on paper but if you want to keep your job and make a good impression better learn fast. As my knees were shaking, I nodded and left the office and luckily never had to be called their again. And just to paint you a better picture of how strict the Orchestra Office was with upholding rules I’m not sure how fully true this story is but I remember being told a Clarinetist was on the way to Juilliard for rehearsal and let me just say, you were expected to be there no later than 15 minutes before or else they would mark you down and give you a little talk. So this clarinetist is on her way riding her bike when she gets in an accident. Apparently she was so worried about getting in trouble the first thing she told the EMT’s was to call the Juilliard Orchestra Office! I know that seems a bit extreme but I will say their strict policies really helped me stand out in all professional settings that would later come.

If you want to hear more fun stories let me know!