by jamie harding about a year ago in Sustainability
Report Story 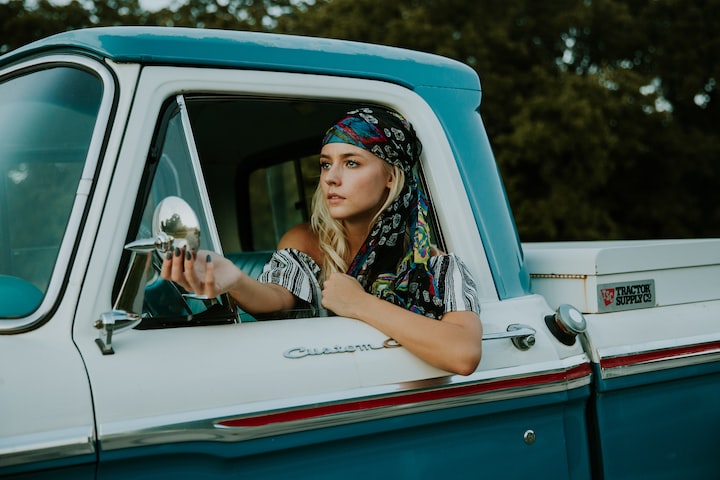 Photo by averie woodard on Unsplash

This article was first published by NewsThump in March 2017.

A woman who drives to the shops in a spotless 4×4 that has never left central London has successfully offset her vast carbon footprint by sharing a harshly worded Facebook link about climate change deniers, it was confirmed last night.

Hawley Perkins, a cupcake naming consultant from Chelsea who puts the heating on every September and has enough Air Miles to fly to the moon, insisted that the half-arsed rant about people who don’t believe in climate change makes her carbon neutral.

She told reporters how she “just had to make a stand for the sake of our beautiful planet” after she felt some kind of “odd, guilt-like feeling” at her prodigious consumption of non-renewable energy.

“So I shared this awfully nicely written story I found online. It was rather hard-hitting – it had a picture of a puny-looking iceberg and everything.

“That made up for the Internet making me feel all sad for being a prime example of dumb-arsed, coal-burning dunderhead who blindly swans around being of no use to anyone while the planet melts, burns and starves around me.”

Reporters and well-wishers who attended Ms Perkins’s press conference were given a celebratory goodie bag stuffed with fireworks, coal and specially-commissioned plastic water bottles with labels featuring her face grinning inanely in celebration of a moderately popular Facebook share.

Ms Perkins later expressed her ‘actual’ sorrow when it emerged that the plastic bottles were not suitable for recycling and were pretty much all just luzzed into the Thames.

This article was first published over at NewsThump. Reproduced with kind permission.

Re-reading this article was a mixed experience. I think the article is still funny (generally my major aim!) though it does seem rather unnecessarily fixated on the article-sharer being a woman. Likely I'm probably being a bit over-sensitive in my not want to be seen as sexist - the tropes of Hawley, the articles antihero are rather silly (she is a cupcake naming consultant, which may well be an actual job these days).

The aim of my satire was more the hands-off approach to such huge world affairs, which in the shadow of COP 26 are particularly under a (hopefully solar-powered) at present.

Not long after this article was published by NewsThump, I listened to the documentary maker Adam Curtis being interviewed by Adam Buxton for The Adam Buxton Podcast.

During their ramble chat, Curtis described what he called "Oh-dearism" - essentially, people skim-reading articles on (in this case) environmental catastrophic events around the globe, perhaps sharing the article, saying or thinking Oh dear and then moving on with their day, in lieu of a sustained generational effort, a pyrrhic focus at revolutionising the way we live on earth.

I actually think that despite the silliness of my NT article and the vapid, Ohdearism that still pervades social media, there is a strength and vigour behind a simple share of an article or petition that catches the eye. Some of those whose attention is captured by an article on say, deforestation for palm oil, will be better equipped and more determined to dedicate time, money, resources in order to help implement a more sustainable humanity.

So for this I apologise to Hawley. Information is power. I only hope that her next Chelsea tractor is electric, and if she's still in the cupcake-naming game, that these are cupcakes that feature sustainable ingredients . . . and no palm oil. Or orang-utan.

JS Harding is a novelist and humour writer who has written for BBC Comedy and NewsThump. His psychological thriller, Under Rand Farm, written under the pen name LJ Denholm is available via Amazon, while his forthcoming humour novel, The Good Dr Grevaday? is slated for release in early 2022.

More stories from jamie harding and writers in Earth and other communities.