The Great Christmas Tree Debate: Is a Real or an Artificial Tree Better for the Environment?

The research is in, and both natural and fake Christmas trees have an environmental impact. Here’s a look at how your family’s Christmas traditions impact the planet. 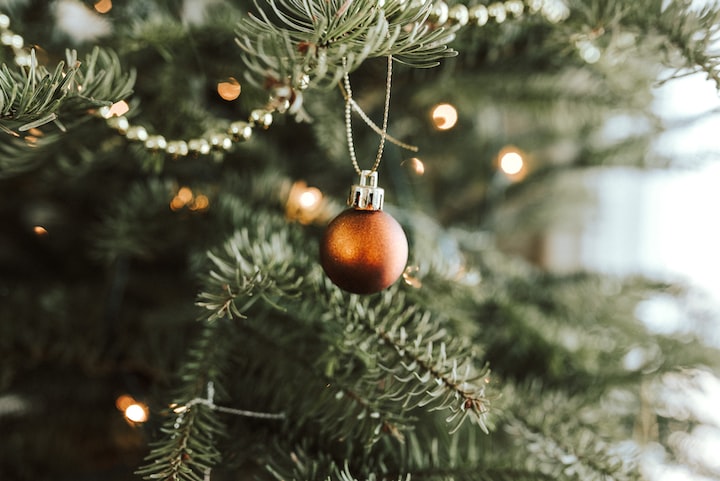 Photo by Sandra Seitamaa on Unsplash

America today is a country divided. There is the great political divide of our times between the “Red Team” and the “Blue Team.” There are the “vaccinated” and the “unvaccinated” when it comes to COVID. There are those who intensely follow sports, celebrities, crypto...whatever, and those who feel that such pursuits are a waste of time. And more and more, our positions are hardening on seemingly everything, where we see fellow travelers as being with us and those who see things in an opposite, or even neutral way, as being against us.

And yet, there is perhaps no more long-standing divide between Americans than the “Great Christmas Tree Debate!” There are families where real Christmas trees are the focus of their annual holiday traditions of buying, transporting, decorating, gathering, and celebrating the season around a natural tree, And then there are families where artificial trees take center stage in Christmas celebrations, where the same tree is hauled out of a box year-after-year for decorating. Once the real vs. artificial tree tradition is established in a family, it is one that generally holds steady across time, even being handed down from generation to generation as just part of the way one is accustomed to celebrating the Christmas season.

And so we have a real split between “Real Tree Families” and “Artificial Tree People” in our country today, with each believing that their way of “Christmas Treeing” is the best way to do so. There is indeed a divide every holiday season where those in each camp don’t really understand why the other doesn’t do things “their way.”

But which Christmas tree - real or artificial - is best for the environment? With greater attention than ever being paid to the environmental impact of everything that we do, that is an interesting question to ponder today. And the answer is not as clear as one might think, and indeed, just like political debates, each side has “winning” arguments in the great controversy over which type of Christmas tree is best for the planet.

The Evolution of the Artificial Christmas Tree

Now certainly, artificial trees have come a long, long way since they were first brought about in Germany in the late 1800’s when the country’s fascination with Christmas trees literally brought about deforestation when too many fir trees were being cut down every holiday season. While the first artificial trees were made from goose down and other materials, the modern “fake” Christmas tree was invented by the Addis Brush Company in the U.S. in the 1930s, when they dyed their toilet brushes green to create a tree with much greater capacity to hold ornaments and look somewhat realistic (which will make you think the next time you look at an artificial tree and think of the origin story…).

Of course today, we have artificial trees that our ancestors could only have imagined, with lights and even music built into them (controlled by an app, of course!)...

… and which can be assembled and disassembled far more easily than those of generations of fake trees before them.

Today, approximately 10 million artificial trees are purchased in the United States each year, making the fake tree market an important part of the “Christmas Industrial Complex!”

Real vs. Artificial Christmas Trees: Which is Better for the Environment?

If one asks the “man (or woman) on the street” which kind of Christmas tree - a real one or an artificial one - is better for the environment, one would expect that most would answer that the one that comes from nature - versus the one that comes from a factory - is the most eco friendly option. However, the evidence really goes both ways on this question, and yes, it has been studied for some time - even in academic circles, with arguments to be made both for “Team Real Tree” and “Team Artificial Tree” on which kind of tree causes the least harm to the environment.

Now, upfront, it is important to acknowledge that both kinds of trees cause damage to the environment. This is because there are logistics involved in either case to get the tree to your home. Whether it is shipping the artificial tree from its point of origin (and today, 90% of all artificial Christmas trees are made in, you guessed it - China!) to the retail store where you buy it (or increasingly, from the online retailer’s distribution center for Internet-originated purchases) or transporting the real Christmas tree from the farm where it was harvested to the local retail store/lot where you would buy it, there are transportation impacts to be taken into account from the CO2 emitted by the vehicles involved and the carbon-based fuels used by the transport. Now certainly, the real Christmas tree supply chain does not stretch nearly as far as does the fake tree one that spans the globe, and yes, almost all real trees, with the exception of those grown in Canada, are produced domestically, therefore supporting American jobs and the economy. And even if one has a “family ritual” of going to a Christmas tree farm oneself and cutting down the tree you select, there is transportation - and therefore emissions and most commonly, fossil fuel usage, involved in the process of doing so.

Of course, the real culprit in terms of the environmental impact of artificial Christmas trees comes from the manufacturing of them. This is because almost all fake trees are made from polyvinyl chloride plastic, or PVC. Plastic is, of course, petroleum-based, and so there is a great deal of carbon impact generated from both the manufacturing of them and the effort it takes to extract, process, and transport these fossil fuels.The argument of just how bad the total environmental impact of artificial trees is on the planet depends on how long one uses the tree.

According to a study commissioned by the artificial Christmas tree’s industry group, the American Christmas Tree Association, the total environmental impact of a fake tree versus that of a real tree is equivalent or less if one uses the artificial tree for at least 5 holiday seasons. While studies have shown that the average family will use an artificial tree for between 5 and 8 years, independent studies have shown that it takes using a fake tree for approximately 20 years to have the equivalent total environmental impact of having a new real tree in one’s home each year.

And the author’s own institution, Southeastern Louisiana University, has had a program in place for years to use recycled Christmas trees to help save the local marshlands.

This article is not meant to be a downer going into the holiday season. But in the end, the reality is that all Christmas trees - both real trees and plastic ones - have environmental costs. As with almost anything we do today as consumers, the bottom-line is that our choice in buying either a real tree or an artificial one comes at the expense of the planet. And so the decision on whether to buy a real or an artificial Christmas tree will likely be one that is personal and traditional, but one which yes, does also have an environmental cost involved. The bottom-line is that if one, either for personal reasons or forced by economic circumstances, does not have a Christmas tree, that is the most environmentally-friendly action one can take in this regard. However, not having a tree means that all the economic activity associated with “Big Christmas Tree” and “Big Ornaments” does not happen either, which will have spillover effects on companies and ultimately, on jobs. However, the practical, responsible actions are to use an artificial tree for as long as possible (in order to spread the environmental impact of that tree over the longest time period, no matter how wonderful the latest, greatest fake trees might be) and to recycle your natural tree, so as to not, ironically, make the real tree cause real environmental issues.

Now one thing is for certain. Whichever kind of Christmas tree family you are - real or artificial - you need to act early this particular holiday season, as the very real global supply chain issues are affecting both tree supply chains!

More stories from David Wyld and writers in Earth and other communities.