by Dylan Henry 2 months ago in Humanity

A personal experience, and a doorway for others 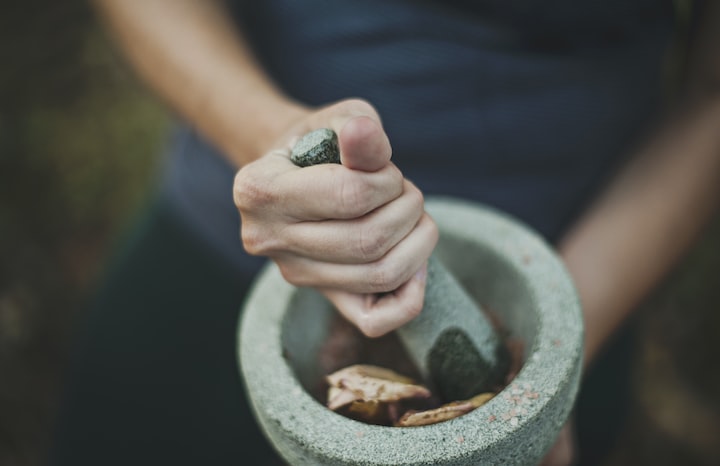 My words regarding psychedelia and plant medicines overall have set great concern in the hearts and minds of my family & friends.

As it is, when we see our loved ones disappear into a dark forest, a dense overgrowth, our only window into their lives, is our own perspective.

My journey with Ayurveda began long, long before any discovery of Marijuana or anything else. In fact, it began in the days of ADHD medication.

Where a hyper mind is ready to go, a hyper stimulated mind (the addition of a methamphetamine) is practically frozen.

However, this can fall into the range of 'satisfaction' where the intention is to more or less douse the agitating behavior of children. These states, as time goes on, serve to deteriorate the organization of the neurons, where they may have only been so much previously.

My ability to speak, to discern what people meant when they spoke, my ability to take notes, read my own writing were all severely impaired. I experienced side effects, and the effects I admitted to the presence of were called normal.

This served as the high powered water hose, to an otherwise bursting brain, all the energy I had, all the wonderful ideas were suspended in a violent animation of personal despair. As my ability to speak did not catch up with my ability to conceive an idea, I was not in touch with my family, or friends.

Living a double life where the internal was a fantasy, waiting for a brutal destruction, and the external was an anchor, threatening to drown me just for existing.

My first experiences with Marijuana were dishonest to say the least, where the very first time I felt nothing, and acted as if I had lost my mind.

The internal struggle had become so tense, anything interesting enough could cause it to jump into action, I told my friend I saw water in a pool, where there was none, and jumped into it. I did not see any water, at all.

Truthfully as we go forward, without the internal satisfaction of our ancestral identities, we obscure ourselves further and further from the truth, while more or less attempting to land a position that 'satisfies everyone else'.

I used to walk around every day, thinking of adventure, skipping through streets, totally unbeknownst to me what I may go home to that day, what destruction I may have wrought without noticing.

Following these times, I cultivated a relationship with Marijuana, through friends in the neighborhood, which would provide a stark change from what I would call being 'burnt glass' to 'smooth light'. I'd have mountains of energy that, for a short time, I could smoothly transfer into words and ideas. Motion had become a new challenge for me.

It wasn't until I was 18, and was able to legally decide for myself, that I came entirely clean off of prescription medication. Until this point, marijuana and psychedelics would put me through sometimes horrible side effects, like sweating profusely, and shaking uncontrollably.

A combination of meditation, sadhana, self satisfaction of curiosities (the habitual pecking orders of an autodidact, to answer whatever questions may arise) landed me at one junction after the next. Wherever I had the opportunity to solidify an earthly identity, something that seemed to satisfy the societal norm, I had the opportunity to sit back, meditate, consult a medicine and find more perspective.

This sits atop many hundreds if not thousands of hours of conversation with any given stranger, whether it be the homeless, or a great physicist and his family that was a regular at my old gas station, friends of family or family of my own.

Humanity grew me into something reasonable and sensible, while I stayed in the dark, doing the work to discover what other pathways can a person take.

Can you discern a disease or discomfort through eye contact? Can someone heal from your energy? Can you create visible light through what we call 'consciousness'? What is the fundamental? How do we put everything in context?

As these questions piled in, I slowly learned to take medicinal risks. To face my fear of the unknown, and the intense, as well as see for myself what others had claimed to be waiting 'beyond the threshold'.

While many do claim a reality of monsters, angels, demons, the proverbial 'they', the 'evil eyes', this only forms itself into something for the most brief of moments. As I notice a metaphorical reality which has buried itself in between the implied meanings of our actions and identities.

Where the truth of things is evident in their structure, whether it be visible or not, consciousness is our root, and that is vibration. Theoretically, we can develop a sense for anything.

On 10 grams of mushrooms, I see the dust particles in the air, I see the details of the sun beams, I observe synchronicities, and mostly meditate.

Through a central pivot point that is 'energy', any given being can explore any given 'form' of perception, whether it be internal (a movie project by the brain into itself) or external (a systemic relationship between the brain and the properties/variables of the environment)

It would be easy to say, just as if you drive up lombard street there'll be a hill, if it's sunny you may feel warm, that when you take a handful of mushrooms, you'll see a god, or you'll see colors, wherein the truth is you may see absolutely nothing.

You may realize you're already somehow far out of your mind in the first place. I've noticed, the less grounded we are into the center which activity arises, the more 'far out' and strange everything will seem.

Plant medicines give us, more or less, an opportunity to enter 'developer mode'. Where we use computers for all purposes, we dont need to switch out our brains to upgrade them. Simply greater organization equates to greater processing.

This is already the fastest computer around.