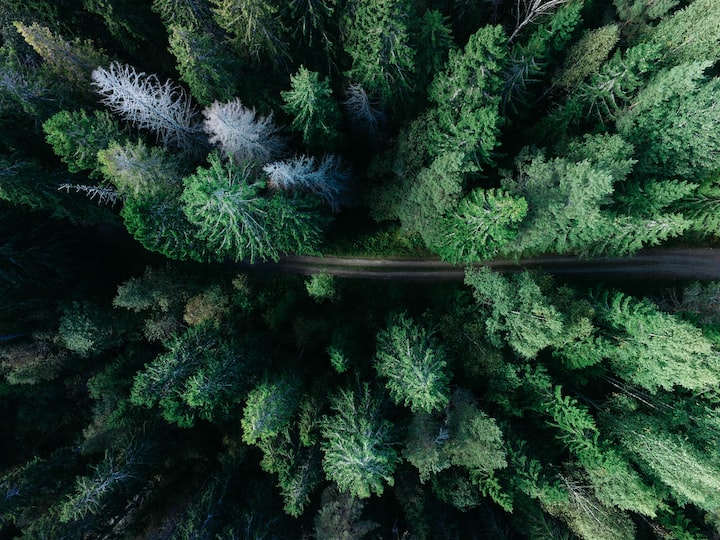 All things begin in nature and will eventually return to nature. Nature is the beginning of all things and will be the end of all things. I remember when I used to call for the protection of nature, some people were always unconcerned and realized what protecting nature has to do with them. Yeah, what does it have to do with you, it's not a threat to humans? But what if it is not nature that we need to protect, but we? Doesn't that have anything to do with you?

It is not nature that we have to protect, but we humans ourselves. Take this new coronary pneumonia, how many people have lost their lives and their families during this epidemic. And isn't this a warning from nature to mankind? Without man's disrespect for nature, all this would probably not have happened. Nature, on which we depend, has given us everything it has without stint, and we have squandered and squandered it as if it were our own. Nature does not need humans, humans need nature. If nature flourishes, we will also flourish, if nature declines, we will also decline, or even worse.

The rainforest, where most of all the wooden products we use come from. And as people continue to cut down indiscriminately, the area of the rainforest is decreasing at a visible rate. The animals that live in these rainforests are also on the verge of extinction because of the decrease in the size of these rainforests. How many creatures have lost their lives and their homes because of the presence of humans?

The ocean covers half of the earth. It creates every drop of rain, every cloud, every river. Every life on earth comes from it? And what about us? We are created by the ocean, it not only created us but also gave us so much. It doesn't owe us anything? Why does it give so much to us? And we are always taking. And we keep poisoning it, poisoning its beloved sons and daughters. It used to cover the whole earth, and it still does.

The land, without which we would not be able to survive, we treat as if it were worthless. It has been insulted by our over-cultivation, exploitation, and humiliation. It has now become full of holes and has been damaged beyond repair. It is now not half as thick as it was a hundred years ago. It feeds us, and if we don't want to starve, then do we continue to harm it?

What we enjoy now is nature's land, nature's rainforest, and nature's ocean. We are smart enough to create many things that would not have existed in this world, but at the same time, we have lost so much. The birds that once flew in the sky, the animals that ran on the ground, and the fish that were happy in the water, have all been damaged by our shameless destruction. We owe so much to nature, which has created many species more powerful than us, but all died of starvation. Nature can create us, and it can take back everything that belongs to it, including us.