The Beauty of Nature

Nature is like a magical wizard who makes the world marvelous; it is also like a conductor who directs the different changes throughout the year 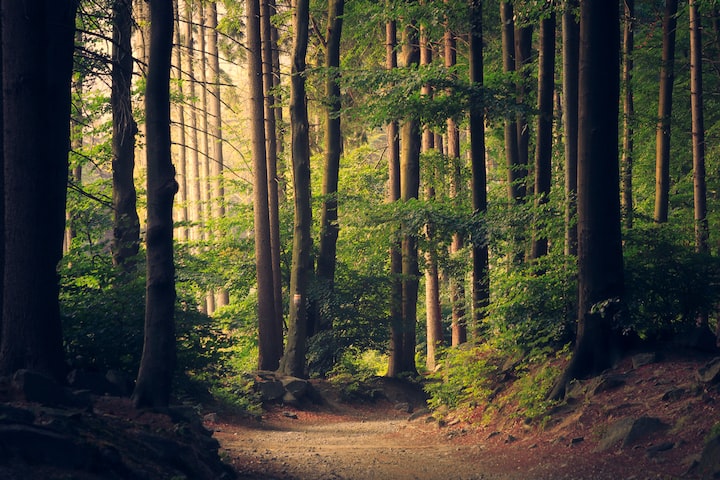 Nature is like a magical wizard who makes the world marvelous; it is also like a conductor who directs the different changes throughout the year.

Miss Spring brought her sister Spring Rain to the earth. "Tik-Tok, Tik-Tok ......" All things are bathed in the spring rain. Spring rain sister quietly left. The sunlight, all kinds of colors gathered among the water droplets on the leaves, from slow to fast, from far to near, gradually dripping into the small puddles of the roadside ...... on the land, sprouted a small green head, ah, is the little brother of grass ah! The lovely flower girls also shyly raised their heads. Look, Uncle Wind is coming. It brought an accordion, sat on the stones by the roadside, and began its performance. "The sound is sometimes slow, sometimes sharp, sometimes majestic, sometimes lamenting, sometimes cheerful. The wind uncle's playing lives up to its name!

As time passes, that naughty, cute "young man" ---- summer invited a group of playmates to come. The robins on the trees are chirping "gossip-gossip ......" as if it is the prelude to a recital. The little cuckoo jumped out with a red face and sang "cuckoo--cuckoo ......" as it sang its happy song and flew away into the distance. The song suddenly stopped and everyone's attention was focused on the lotus fairy. The red, white, and purple ...... lotus flowers of all colors were concentrated together, swinging their bodies and dancing for everyone. The flowers are connected to the flowers and the leaves are connected to the leaves, making it a sea of flowers and a world of leaves. The fish leaped out of the water one after another and flew over the lotus flowers, performing "carp jumping over the dragon gate".

The autumn girl came unnoticed. The autumn breeze is sluggish, but it can't hide the joyful sound of the ripe fruits. The field, wheat, and sorghum are ripe. The wind blew, the field issued a "rustling" sound, and the fruit on the trees in the branches jumped around, red persimmons are very conspicuous, hanging on the trees, like the New Year's Day hanging red lanterns. The autumn wind makes the maple leaves redder and the wild chrysanthemums more colorful. The big tree across the street swayed like an old man who had drunk several bottles of wine. The sound of rustling leaves and the sound of the breeze rustling through the grass was like a wordless song played in nature.

"Hoo-hoo-hoo" a gust of cold wind, with the snowflake baby to earth. The naughty baby snowflakes covered the traces of the small animals. At this time, I seem to be also a small snowflake, drifting down to fall. Some small snowflakes like bungee jumping, "whoosh", have been from the sky "jump" to the ground; some small snowflakes are like the family's small ancestors, usually at home dependent on the accustomed, a time to leave, very reluctant, holding the sky mother's arms for a long time reluctant to The snowflakes are like little grandparents at home. They fell on the fields, like a thick layer of quilts, to the seeds of the underground full warmth, fell on the car is also a lot, they are like a set of covers on the car, for the car-free maintenance. The whole world is silvered. The children's feet stepped on the snow and made a "creaking" sound as if it was the end of the yearly recital.
In the hustle and bustle of life, amid complicated interpersonal interactions, people are always eager to return to nature, find their true selves, and experience the freedom and pleasure of rejoining themselves. In the embrace of nature, we can pluck the wind and rain, look at the mountains and water; can listen to the birds singing and the waves of the sea.