by Viona Aminda 4 months ago in Climate
Report Story

The first ministerial meeting since COP26 is taking place this week in Copenhagen. 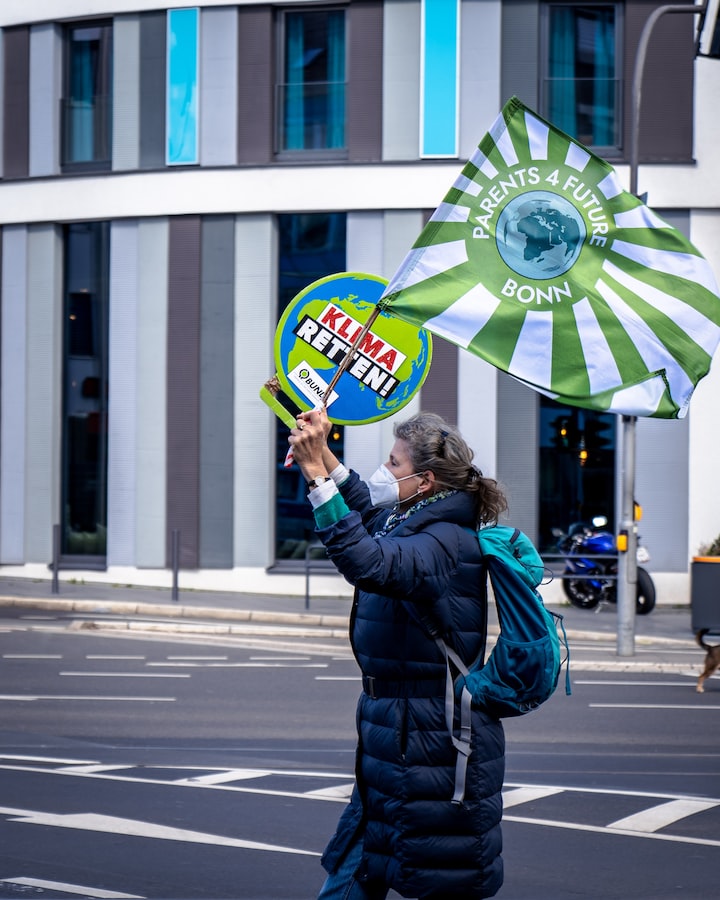 coming after the two latest IPCC reports reiterated the urgent need to stop burning fossil fuels and transition to a renewable energy powered future. Here, we look towards COP27 and what's at stake for the climate.

The recent report from the Intergovernmental Panel on Climate Change (IPCC) revealed that the Paris Agreement’s goal of limiting warming to 1.5 degrees C (2.7 degrees F) is still on “life support,” and leaves roughly 3.6 billion people worldwide dangerously exposed and vulnerable to climate impacts — with things set to worsen.

But the report emphasized the following reality: It’s now or never to hold warming to 1.5 degrees C. To that end, COP27 must prioritize the needs of those struck hardest by the effects of climate change and make significant advances in the following four key areas.

It is the responsibility of governments across the globe to respond to the ‘code red’ for humanity signaled by scientists and swiftly operationalize the  promises of last year’s COP26 in Glasgow. Rich countries must urgently deliver the doubling of finance for climate adaptation measures and ensure that adaptation receives at least 50% of public funds allocated for climate finance. The overarching goal of increasing adaptation is to increase resilience for climate impacted people and groups, and protect biodiversity and ecosystems according to national and local contexts.

The window of opportunity to deliver mitigation at the scale and speed needed is rapidly closing. Urgent scaled and cooperative action on mitigation is needed now to respond to the severe threat climate change poses to the human rights of affected people, communities, and future generations.

It is imperative that governments lay out how they will reduce CO2 emissions by at least 50% over 2019 levels by 2030, to be in line with limiting global warming to 1.5°C and reducing the probability of irreversible climate change impacts. The IPCC report showed that until 2030, annual financing for mitigation needs to increase six-fold to be in line with a 1.5°C pathway. It also showed that clean renewables like solar and wind, energy efficiency in all economic sectors, and protection of ecosystems have the highest cost-effective and technical potential to significantly cut GHG emissions by 2030.

Countries that have historically contributed the most to emissions and have the highest financial capacity today must do their fair share to rapidly and urgently close the emissions gap. In this context, ‘fair share’ means enhancing Nationally Determined Contributions (NDCs) in line with 1.5°C, upholding the principles of justice, equity, and fairness, and financing those in poorer developing countries.

Several G20 countries did not enhance their NDC in 2021, including Australia, Brazil (whose enhanced NDC is less ambitious than the one originally submitted in 2015), Mexico, as well Indonesia, which currently holds the G20 presidency. If countries were to truly do their fair share, including historical emissions, rich countries would do much more. For instance, for the US this would mean a global mitigation effort in 2030 equivalent to a reduction of 195% below its 2005 levels.

At the same time, more ambition alone is not enough. Implementation and delivery of real emissions reductions is crucial. Many countries that signed up to sectoral decarbonisation initiatives and pledges at COP26 should now be demonstrating how they are fulfilling these at home and in their NDCs.

At a time when geopolitical crises are leading to energy price shocks and concerns over energy security, it is more clear than ever that phasing out volatile and insecure fossil fuels and accelerating uptake of renewables and energy efficiency is critical to building a safer world for all.

The recent IPCC 6th Assessment Report of WGII clearly warned that with increasing global heating, losses and damages (L&D) will also increase, and additional human and natural systems will reach adaptation limits. As scientists have underlined, we must scale up adaptation and also provide finance to address climate-induced loss and damage.

While loss and damage gained unprecedented political attention at COP26, the communities who are hit hardest by the climate crisis have been ignored by rich countries. Developing countries, which represent 85% of the world’s population, demanded a Loss and Damage Finance Facility but instead were offered the Glasgow Dialogue.

Similar dialogue in the past did not yield any meaningful outcome. The Glasgow Dialogue can become a precedent of the UNFCCC process´s legitimacy, but for this to occur it needs to result in concrete outcomes that provide adequate, new and additional support for the most vulnerable people and countries in addressing L&D.

For legitimacy to be achieved concrete outcomes and deliverables must be realized at the end of each year until 2024, and should be defined in the first dialogue.

A critical milestone will be at COP27 in Sharm el Sheik, where countries must formally establish a L&D finance facility. To bolster the likelihood of this outcome the meeting taking place this week needs to set the groundwork and reach common understanding for the agreement of an L&D finance facility to be established at COP27.

Subsequently, in 2023, the Glasgow Dialogue should flesh out the operationalization of such a facility, and how L&D finance can be made accessible for the most vulnerable countries and most impacted people in 2024.

This is a huge sticking point where developed countries have repeatedly failed to keep their promise to ramp up new and additional climate finance to $100bn a year by 2020. Over the course of 2022, governments need to show:

As the climate crisis intensifies, world leaders must live up to the pledges that have been made and turn them into demonstrable action, as well as to agree to further commitments. Now is the time for solidarity, support, and real, on-the-ground action that will deliver justice for countries and communities.

More stories from Viona Aminda and writers in Earth and other communities.