When a Colleague Badmouthed Me, Karma Took Spectacular Revenge

by Malky McEwan 6 months ago in Workplace
Report Story

Sometimes it's best to do nothing but wait 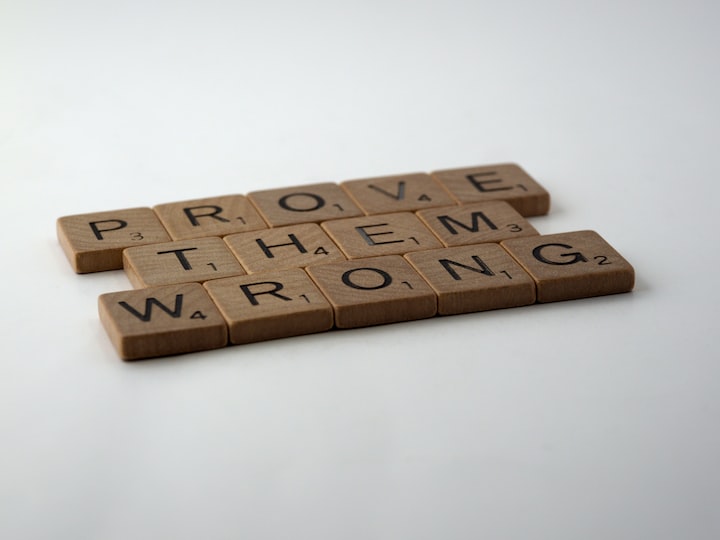 On first impression, Frank was a nice guy.

He extended his hand the moment he walked in my door, “How the devil are you?” he said, all bright and cheery.

Frank spoke and acted like he was my new best friend.

I’d asked for a move back to street duties — a year of pandering to our self-aggrandising chief constable had been enough. I’d got my wish and Frank was taking over my job working directly for the chief. It was a political role. Allegedly, its remit was to make our streets safer — in reality, it was to make our chief look good.

I handed the reins over to Frank.

Within a day, he was badmouthing me. It doesn’t matter if you are old and wise, young and reckless, or as thick-skinned as a crocodile — people are tender inside. We all feel.

I felt offended because I wasn’t there to defend myself. I didn’t get the opportunity to challenge him. I worried about what the people who listened to him might think of me. He got under my skin and I wasn’t even there.

As a police officer, you learn to deal with insults. If you don’t have the emotional intelligence to deal with the constant verbal abuse, it’s probably not the job for you. The people we deal with can be brutal — but when badmouthed by a colleague, it grates your reserves of tolerance.

It preyed on my mind; I sought ways to get back at him.

Lying awake that night, I had a flash of insight. I’d learned Frank was badmouthing me because friends told me. These friends didn’t believe Frank — they wouldn’t have alerted me otherwise. They were on my side; friends who wanted me to be wary of a guy they didn’t respect.

I reframed my anger and irritation. I didn’t need to do a damn thing about Frank and his badmouthing. When we hear someone talk ill of people behind their backs, we become cautious of them; it breeds our distrust.

The opposite is also true.

I went back to work with a renewed enthusiasm, grateful for my friends and the loyalty they had shown.

Within a month Frank was taking credit for several of my long-term operations.

Senior police officers introduce many initiatives. They have an idea, let the troops try it out and then stick it on their CV to evidence their readiness for further promotion. Who gives a jot if their initiative made a difference or not.

I believed in evidence-based policing: Target, test, and track.

These long-term operations were paying off. I’d monitored all our initiatives and looked at the statistics. I dispensed with the useless ones and kept the ones that worked.

Frank was quick to alert the bosses to all the successes achieved by these operations — now under his remit. Within three months, they promoted him.

But that’s okay because they promoted me too.

A few years later, my boss urged me to apply for a post at headquarters. It would mean another promotion if I got it. They accepted my application, the next step was an interview.

I don’t know how he found out I’d applied, but I got a phone call from Frank.

Frank informed me he had also applied for the position and that we were the only two to go forward for an interview. He boasted that with his ‘superior CV’ he was pretty much guaranteed to get the job. It wasn’t a friendly call; Frank was trying to mess with my mindset.

He tried to belittle me.

It is all too easy to take offence and let our emotions boil over. I gave myself a few seconds to hold back my rising feelings, and I asked myself, ‘What is the purpose of Frank’s call?’ He only had one aim, to demoralise me.

“No one can make you feel inferior without your consent.” — Eleanor Roosevelt.

I used my coping strategy. I made the conscious decision not to let Frank make me feel inferior. I’ve learned that when people are being nasty, I can turn it around by doing this:

Imagine the person is talking about themselves.

It works on two levels.

First, I don’t get upset. When trying to offend, bullies tend to say the things that would upset them, and what upsets them is the truth. More often than not, people like Frank are describing themselves.

Second, the intimidator gets no fulfilment. Their goal is to upset you, but by agreeing with them you show you are not bothered by their words.

There is nothing so dispossessing as indifference.

So that’s what I did. I agreed with him when he said I didn’t have the experience, the temperament or the knowledge to do the job. I was really thinking that is how he must feel about his chances.

I was the opposite of confrontational — the expected response. He didn’t get any satisfaction from his call because I showed no concern for anything he said. It takes self-awareness and a little practice, but it is worth it.

The day after his interview, Frank called me again.

“Congratulations,” he said, all bright and cheery as if I was his best friend again. “I’ve just been told I didn’t get the job, so well done.”

There is a sweetness in settling an old score, and Frank deserved the bombshell I had for him.

“Frank,” I said, “you must have had a terrible interview because I decided I didn’t want to work at headquarters and withdrew my application last week. That means you were the only person in the process — and they still didn’t give you the job!”

More stories from Malky McEwan and writers in Confessions and other communities.