Under the Eyes of the Virgin Mary

by Melissa Au 3 months ago in Dating 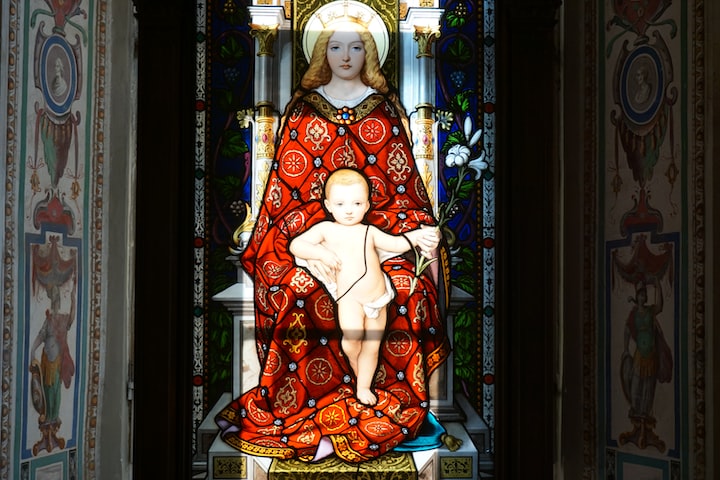 Photo by Babak Habibi on Unsplash

Once upon a time, boy met girl. This is a modern story, so it's boy meets girl at club. She goes home with him. They have a great night filled with [redacted]. They don't have a happily ever after, just a happy one night stand. They never see each other again. The end.

I wish that was how the story went. It went more like this.

Boy meets girl. Girl is looking for a hot one night stand to make up for the sting of being dumped in Paris (on the second night of a week long holiday, no less!) Girl finds guy who just got out of military and is older—surely they will be experienced and cut?

Now, I'm not one to experience bash, but his lack of experience made it literally the worst sexual experience of my life.

The first sign that I should have left was that this man could not kiss. Instead of kissing me, it felt like he was trying to eat my mouth. Like, imagine how someone would eat an apple—I think that's what he was trying to do to me. It got worse once he tried to french me, which felt a lot more like a frog trying to probe for a fly inside my mouth. But I didn't leave, because I was miserable and wanted breakup sex and it was too late for me to find another hookup.

His lack of experience with kissing should have prepared me for the next conclusion: he probably did not have any experience with sex. Not the best idea for breakup sex, but again: I didn't want to go find someone else. So we continued.

There were so many things that went wrong. He couldn't get fully hard, and about five minutes in he suddenly went flaccid. That, by the way, was a massive ego hit because again, it was breakup sex. I wanted to feel hot and desirable and instead, this subpar lover was finding me so decidedly unattractive he went soft inside of me. In hindsight, this was probably the second sign that I should have left, even if I wasn't able to find a hookup that night.

But the absolute worst part? Was that this man had a double panel of the Virgin Mary and Jesus on his night stand. I didn't even notice at first—I was too busy trying to stay in the mood whilst I was being pounded by a semi flaccid man. But as the seconds ticked into hours, I found my eyes wandering around, looking for a clock so I could make my excuse to leave.

And instead of finding a clock on his nightstand? There was the Virgin Mary, staring disappointingly down at me.

Absolutely nothing could have stopped their eyes from boring into me. It was like the Game of Thrones walk of shame scene, with Mary clanging a cowbell in my head and just chanting shame, shame, shame.

The rendezvous didn't even end in any amount of pleasure for either parties. I mean, it was subpar to begin with for me, but seeing the Virgin Mary stare at me was a real mood-killer (although I'm not sure there was all that much mood left to kill to begin with). And he certainly never finished, so I doubt he looks down on that event with any fondness.

So that's it folks. That's the story of my first and only attempt at a one night stand.

Dating
Melissa Au
Read next: The One Who Carries You
Melissa Au

See all posts by Melissa Au →