by Nancy Gwillym about a year ago in Dating
Report Story

She wasn't a ten but she was acceptable 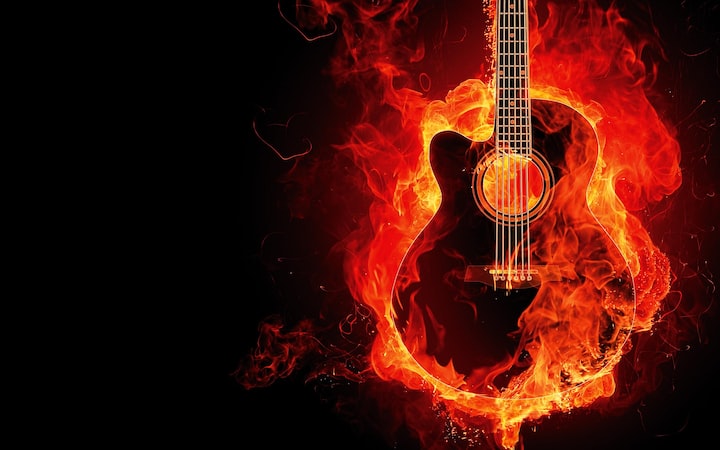 Photo by Dark Rider on Unsplash

Come on, Enzo. Don’t look at the watch again. You’ve already checked twice, not that she even noticed the second time. Just be nice, make the best of it. For fuck’s sake, the appetizers haven’t even arrived yet.

So, she doesn’t look like her profile picture. It’s close enough though, there was no real subterfuge. Maybe it was just an old one, the best one, in the best light. You could say the same thing about your own. It was taken a few years, and a few pounds, ago. Don’t hold that against the broad.

This one isn’t so bad in the looks department, to be honest. She’s got nice dark hair. You always loved the brunettes. Keith and the rest of the boys, they all went for blonds, but not you. You were happy to take your pick from the multitudes of women who didn’t need a bottle appointment every six weeks. You were already weeding out the high maintenance chicks, without even trying.

Her eyes are that intriguing kind of darkness that goes well with the hair. Maybe its the lighting in the restaurant, but it’s as if she doesn’t even have irises, it’s all just pupil. She’s got kind eyes, a kind face, really. She ain’t bad. She definitely isn’t a ten, like the chicks you used to get back in the day, but she’s a solid seven. I’d give her that.

This girl, she mentioned she does yoga. Or maybe it was in the bio you barely read. Yoga, though, the word stood out and it was connected to this dinner companion. She’s probably got a good body, not that you’d know it from what she’s wearing. Why do girls do that? If it’s hot, you show it off. There was probably a padded push up bra under that blouse, all the girls use them. Once again, it’s not exactly false advertising, but what is it?

“Did I mention I was in a band once?” I gave her that half smile with a slightly cocked head to put her at ease. Yup, I was a guitarist in a pretty notorious cover band. We were ‘Sinning Saints’, played all over the Tri-State area, New England too.

“Yes, you did,” she said quietly. “On the phone and again when we got here. It was in your profile too. ‘Sinning Saints’, right?”

Her shyness was a little endearing, actually. Yeah, she was going to fulfill her rock star fantasy tonight. Where the hell were those appetizers?

Why did Keith have to ruin everything? If he hadn’t of overdosed they could still be out there playing and partying. That Keith, he always took everything one step too far.

With Keith gone, all of the others just folded. They left music altogether. I tried to keep it going and looked for a new lead singer. Singers are such prima-donnas, though. They think they’re the heart of the band but everyone knows it’s the guitarist. Without those riffs, a nice voice is nothing.

It was a lot like this dating thing. You put out an ad and do interviews. I thought with a quick, new singer the guys would seamlessly continue with our playing commitments. The rest of the guys, though, they didn’t have it in them. Chuck even got mad because I was trying to replace Keith without, what he called a ‘respectable interval’.

I could see his point but we needed to keep the momentum going. We were doing so well at the time. Keith and I were even writing some of our own songs. We could have gone all the way, I was sure of it.

The way those crowds loved us! They were always enthusiastic and howling for more. Those crazy, middle-aged housewives, wearing too much make up and drinking too many cocktails, they’d always be up front screaming. They knew all the lyrics and would sing along the whole time. God, I loved them.

A little further back would be the younger ones. They were the ones we’d divvy up between us between sets. Those women were the ones that didn’t come specifically to see us but they soon got into it. They’d be dancing, not like the nutjobs up front, but they’d move around.

The men there, they knew they would have to take the leftover seconds. We were musicians. We could have anyone we wanted. It was a great life. Much better than just doing drywall.

This chick, the seven, she asked me about my present occupation earlier. There’s not that much to tell, which is why I’m glad I had those band stories to rely on. I don’t remember what she said she did. It would be rude to ask again. It was probably in her profile. I’ll scan it again when she goes to freshen up.

The appetizers finally come. I ordered the oysters. I tell her my funny story about eating oysters at the Jersey shore with my boys.

We were going on stage later on that night, there were five or six bands playing that night. It was for some kind of festival. It turns out, the festival, however they did it, ended up having TWO Springsteen covers going that night. Two! And some idiot had scheduled them back to back! So the second Springsteen band was listening to the first one and they were like, “we can’t play right after this one!”

Someone asks us if we could go second but we were scheduled to be number five. That’s near the end. It’s the sweet spot. The crowd is already warmed up and filled in to capacity. They begged us but I put my foot down. “No way!”

The only band that said they would was an INXS cover band, and who would put them in this line-up? They shouldn’t have been there to in the first place, the music just didn’t fit. So, long story short, they stick with the original schedule, with the two Springsteen bands going back to back.

“Can you believe it?” I tell this girl. “No one thought there were two separate bands! They thought it was just one long set of the same group! Hysterical, right?”

“What does that have to do with oysters?” she asks.

Good lord, is this chick dense or what? I said it right from the start, that we were eating when they asked us to switch. Obviously, we were eating oysters, if it was my ‘oyster story’.

“That’s it?” she asks. “The oysters don’t factor into any other part of the story?”

I gave her some pretty significant body language that indicated I couldn’t believe she didn’t get the point of my story.

“I was just expecting the oysters to factor more prominently in a story about ‘oysters’,” she said as she ate her bruschetta.

“I like INXS,” she says, trying to change the subject now that she made that gaff about my oyster story.

“Yeah, well,” I added. “So did everyone else. They were the biggest hit of the night, actually. And they were number three! Everyone likes singing along to their stuff. They were followed by a Neil Diamond cover!”

“Neil Diamond?” She found that funny.

It wasn’t. You can’t segue right from Neil Diamond to Whitesnake. What was wrong with this girl?

The tension was a little thick at that point. Suddenly her phone rings. Who leaves their ringer on during a date, especially a date with me? I told her I was a guitarist.

“My grandma, she has an emergency. She’s in the hospital.”

“No,” she says, and has some cash at the ready that she leaves on the table. “I couldn’t ask you to do that. Thanks for a nice evening. Good luck with your band”

She rushes out of there. Grandma must have been really bad off, the way she ran.

It was too bad. Sorry, seven girl. We could have had fun later. But it was a one night show only, and you missed it.

I'm a soon-to-be retired paramedic in NYC. I'm also a crazy cat/bird/etc lady who writes stories. Thank you for reading!

More stories from Nancy Gwillym and writers in Confessions and other communities.