The Guy She Liked 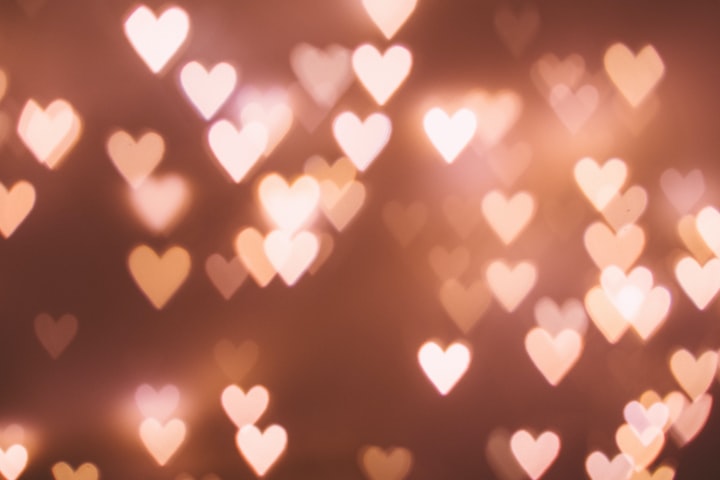 Once upon a time, I was sitting with a bunch of teenage girls. I was one of them and someone piped up with the always-asked question: “Lacy, who do you like?”

She gushed and said, “You wouldn't know him.”

Everyone else let it slide, but I was interested. I didn't think Lacy could like anyone. I asked her for more details and she gave them, thinking there would be no harm in such a thing. Except, I did know who she was talking about. I had been to his house, even though he lived two towns away, was older than us, and my knowing him was like a freak storm that had suddenly descended on our classroom.

I stopped her in the middle of her explanation. “Are you talking about Jeremy Andrews?” I interrupted.

She was stunned. “Do you know him?”

I proceeded to tell her everything I did know, which was more than she expected. I always know everything because I find everything so hard to forget. One of my cousins had interviewed him for a local news story, so I remembered the contents of the interview.

Then, something peculiar happened. At least, it was something that didn't happen to me. Lacy turned me into her confidant. She told me all about him and how she liked him. I enjoyed listening to her because I loved boys and talking about boys was always my very favorite thing.

Later, I was at a party before a dance and someone handed me a phone with Jeremy Andrews on the line. I didn't know why I was given the phone. As I said, I didn't know him. The only thing that was clear to me as I took the phone was that I had to hide who I was from him completely. I was charming, spunky, born with a silver tongue that knew how to talk to a young man so his ears would perk up. I had to hide all that so that Lacy could have him all to herself. Because, I suspected that if I was myself even a little bit, I would ruin everything for her.

As I heard afterward, I acted badly that night. Lacy told me Jeremy was very interested in meeting all of her friends, except me.

I did not enjoy this revelation.

He did not know who he was dealing with, and I would not have my reputation of being a knockout dragged through the mud. I was fuming.

So when Lacy told me he was coming to the dance on Friday, I asked her to do a little favor for me. In those days, teenagers stood in circles at dances. I asked her if she would please introduce him to everyone in the circle, but skip me. I was completely confident that he would notice that was weird and ask Lacy who I was specifically. Then I asked her to reply, “This is Stephanie. Remember? You didn't want to meet her.”

She agreed and on the night of the dance, it played out exactly as I imagined it would.

The look on his face when she said, “This is Stephanie,” totally killed me. It was perfect. His jaw dropped and everything.

Except I hadn't told Lacy what I had planned to do after she helped me orchestrate a flawless meet-cute. I felt guilty because she hadn't even realized that was what I had asked her to do and it was in direct opposition to what I had done on the phone to protect our friendship.

So, I did what I planned to do to protect my pride and stepped up to him, tapped him on the cheek, and said saucily, “Yeah, I heard what you said about me.” Then I walked past him with my nose in the air and went to join the best-looking boys I knew who happened to be there.

I told myself that if I stayed away from Jeremy and Lacy the whole night that the damage I inflicted would be minimal. He probably had a full love life and that level of a meet-cute wouldn't knock his socks off. I had merely protected myself from the slanderous idea that I was undesirable. No matter how stunning I was, Lacy was a super pretty blonde with qualities I couldn't even dream of: athletic, kind, soft-spoken, like an angel, fragile, and precious. He couldn't help loving her. My antics couldn't affect him much.

I wore a baseball cap backward that night. It had been a prize from a dance contest. I remember dancing to every slow song. My cap got flipped every time Jeremy Andrews passed me while he danced with Lacy or one of the other girls. I scowled as he flirted.

And with just that, he somehow got my number and started calling my house.

I was a terrible friend.

More stories from Stephanie Van Orman and writers in Confessions and other communities.