by Meg Coogan about a year ago in Dating 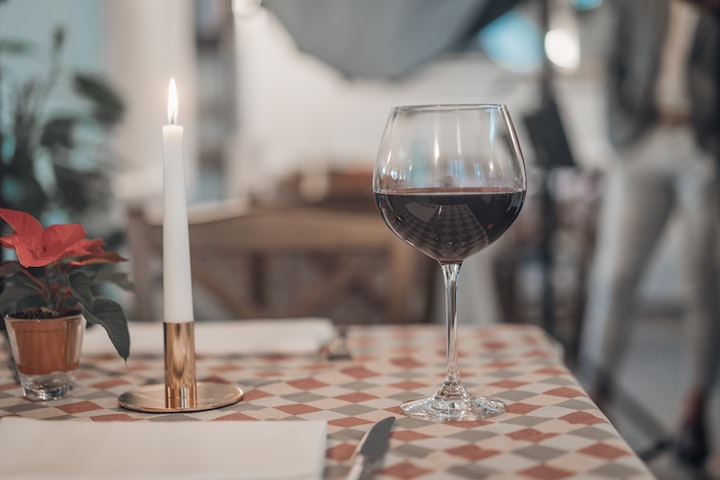 Photo by René Ranisch on Unsplash

“Dating during covid is like jumping out of a plane without a parachute,” Lacey says. “I’ve decided to risk getting the “big c” to flex my dating muscles. Dip my toe in the pond, if you will.”

“Any guy would be lucky to have you,” Sara says.

“You’re obligated to say that as my best friend. Anyway, I’ll talk to you later.”

“Make sure to take your panic button with you. And I’m so proud of you for putting yourself out there, this is a big deal,” Sara says.

This was her first date since she graduated college ten years ago. Her college boyfriend was the love of her life, the guy she lost her virginity to, the one she wanted to have kids with, but a week before graduation he told her he was gay and not moving to LA with her. It rocked her world and emotionally crippled her for years. She lost her confidence and feared she would fall in love with another unavailable man. But now, she was ready to dust herself off.

After tirelessly swiping on dating apps for months, she finally got a bite. A guy showed initiative and asked her about her life instead of for nude pics, like the others had. What if this was it? What if now was her time? Why couldn’t it be easy and effortless. It was her time.

“Oh my god, he’s here,” Lacey says to her miniature dachshund hovering at her feet. Not exactly an intimidating beast to deter the stranger at her door from doing anything sketchy. She looks in the mirror, pulls her stray hairs behind her ears, and puts on her mask. “Wow, I haven’t done this in a while, I’m kind of nervous.” After a deep breath, she opens the door.

She looks up to meet the eyes of her suitor, who said he was six feet tall on his profile, but all she sees is the night sky. She adjusts her eyes lower and meets his gaze. The man in front of her looks nothing like the guy in his dating profile. He has brown hair instead of blonde. He’s not 6 feet tall, he’s maybe 5 ft 6, and that’s being generous.

“I’m Seth, so nice to finally meet you. I brought a bottle of Merlot,” he presents the bottle with pride.

“Oh, thank you, that’s so nice,” Lacey says in a high-pitched voice. “Come in, come in. This is my dog, Jasper, he’s basically my barnacle,” she says.

Seth follows her into the house and awkwardly stands there as she moves through the kitchen. Lacey grabs the wine opener and two glasses. She can’t open the bottle fast enough to take the edge off and break the ice. He lied about his appearance, but who doesn’t, so she lets it slide.

She grabs her security system panic button that calls 911 and puts it in her pocket as she leads Seth out to her backyard, Jasper’s little legs thumping behind her, and hands him a glass. She rips her mask off ready to receive the Merlot. She closes her eyes and inhales before taking a gulp. Warmth runs down her throat to her toes.

“So Seth, tell me about yourself,” Lacey says as she shifts in her seat to get more comfortable.

“What do you want to know?” Seth says as he nurses his glass of wine.

“Why are you on these dating apps? What are you looking for?” she asks as she folds her feet underneath.

“Oh you know, the same as everyone else,” he says looking into her eyes for an uncomfortably long time.

Lacey looks away and takes a sip of her Merlot. “You’re going to have to give me more than that,” she giggles.

“Ha. I’m sorry. We’ve been texting so much, I thought we weren’t going to have to do all this small talk,” he says.

“Well, what did you have in mind then,” she says. It comes out way flirtier than she expected.

The silence lingers. The anxiety wells in Lacey’s chest so she takes another gulp. Jasper jumps in her lap and she focuses her attention on him. “You’re such a sweet boy, Jasper.” The dog licks her face.

“How old is he?” he asks as he reaches out and takes Jasper out of her lap and into his.

“He’s seven. I can’t imagine my life without him. I love him so much. Do you have any pets?” Lacey asks.

“No. Never wanted any,” he says as he pets Jasper. “But I love enjoying all my friend’s pets. I get to be the cool uncle with none of the responsibility.”

Lacey grabs the bottle and fills her glass back up. “That makes sense. What’s that symbol on your ring? I’ve never seen that before,” Lacey says trying to push the conversation forward instead of running into another dead end.

“Oh. It’s for an exclusive group I’m a part of. Have you heard of flat earthers?” Seth says.

Lacey’s stomach drops. She just watched a Netflix documentary about flat earthers. They’re conspiracy theorists that are next level crazy. “Oh yeah. I’ve heard of them,” she says.

“It’s for that. I love it. You have to be asked to join,” he says. He picks Jasper up so he’s face to face with him, “I bet you’d be a great flat earther, boy, wouldn’t you? The earth is not round little man. No, it is not. It is flat, so flat!” Seth sticks out of his tongue and waves it in Jasper’s face. Jasper leans his head back and squirms to freedom.

Lacey thumbs the panic button in her pocket. One push of the red button and this could all be over. Her eyes dart around the night sky avoiding eye contact. She pulls out her phone to check the time. “Oh my goodness, it’s so late! It’s nearly ten o’clock. Way past my bedtime.”

Lacey jumps out of her chair and puts her mask on. She approaches Seth and takes his glass from his hand.

“Oh,” he says shocked, not reading the social cues.

“Come on. Time for bed, Jasper,” Lacey says. She opens the door to the house to shuffle Seth to the front door and out of her life. He follows her as she puts the glasses in the sink. When she turns around, they’re face to face. Jasper beneath their feet.

“It was so nice meeting you,” Lacey says. She picks Jasper up as a shield and turns her body to the side to give him a half hug. She starts to walk towards the door but his hands land on the top of her shoulders. Seth squares her body towards him, Jasper still in her arms, lowers his mask and then hers. And he licks her face. She doesn’t move. His lips move against her tightly closed mouth and her body stiffens in.

Seth leaves. Lacey closes the door and runs to the bathroom to wash her face. He texts her immediately, “Had a great time. Let’s do it again soon.”

The bottle of merlot glows under the kitchen pendant. “You have been the best thing about this evening. Thank you for being there for me,” Lacey says to the bottle as she pets it. She picks up her phone and dials Sara.