THAT'S NOT WHAT I DO

by Shamaine Daniels 3 months ago in Secrets

Explaining your hobbies to normal people 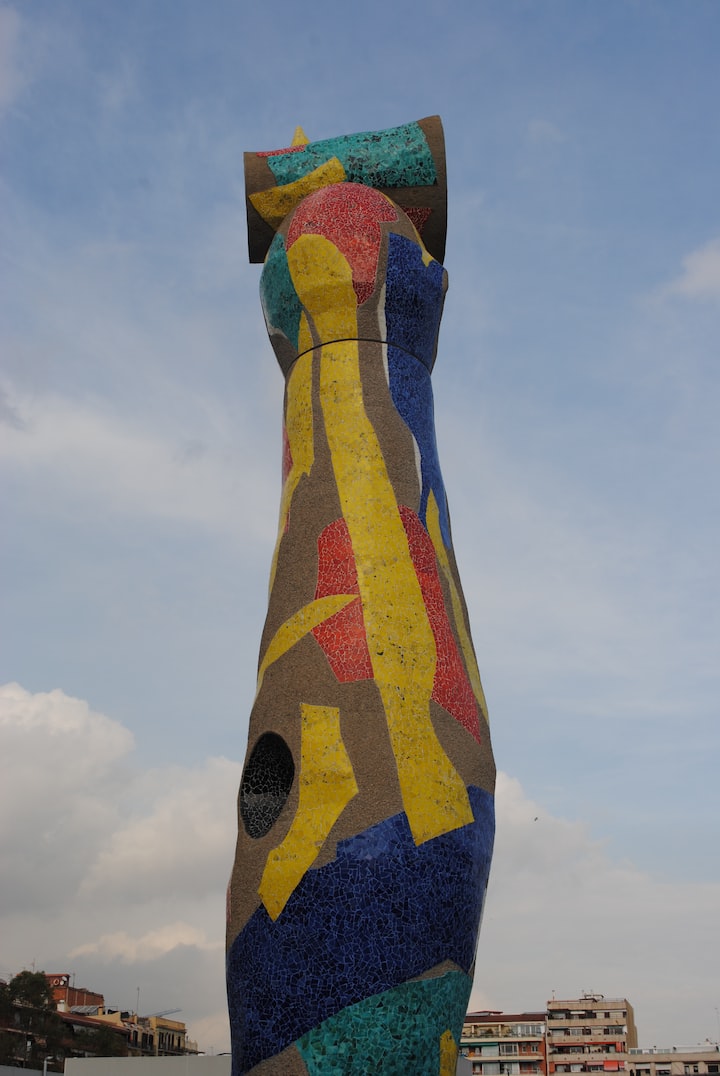 Photo by JR Harris on Unsplash

I wasn't going to get an A, that's what my professor told me after examining my final entry for my Abstract Art course that semester. I apparently mixed colors too much and that was not part of the color vocabulary of the Abstract Art world. Over the semester I failed miserably to keep my colors crisp, and I was going to face the consequences for not following directions. My GPA was going to be damaged by a course that had nothing to do with my chosen profession, but which I had taken because it seemed like one of the only fun electives available. I didn't get an A, but being miles away from my home, during my first year away at a college I had never visited before moving into, I would find my inner peace at least once a week in this course I would not be acing.

My professor's disappointment as he rambled on about my potential and not living up to it by mixing colors reminded me of my mom's disappointment years earlier. Before I could spell my name I was fascinated by these little sticks filled with various colors on my mom's vanity. I knew I wasn't supposed to touch them because she handled them with so much care when she used them before going out to special events. I wasn't interested anyways because they didn't do anything other than just sit there and look pretty. That was until one day my mom made the mistake of letting me try them-I felt their texture. They were soft, unctuous, and just plain slick. That's when temptation kicked in full-force, I would look at those sticks each time I walked by imagining how I would play with them.

One day I saw a cartoon where paint drops would come together, mix and then be separated. I had never realized that what could be mixed could so easily be unmixed, so I had the brilliant idea that I could play with these colors in the sticks and restore them to their original state without my mom ever noticing that I had been playing with her things. I waited for the right moment to play and mix, it required too much patience, but it was worth it. I overheard my mom talking about a busy day and knew there was no way she would return early. As soon as she left for work I started playing with these colors, mixing them, seeing what they looked like when I combined, two, three. Swirling to my heart’s content. It was heaven, I was so mesmerized and relaxed by the process of mixing, while I would normally be busy asking adults to explain everything to me, this day I was quiet and everyone taking care of me was happy I wasn't interrupting them with questions, the peace mixing brought to me and those who took care of me turned into a panic when I realized my mom would be home soon and there was no way to restore the colors to their original version. The cartoon had misled me and now I was going to face trouble. I quickly shoveled all these colors into the sticks hoping my mom would never realize what I had done.

A few days later I would see her disappointment when she went to apply her favorite lipstick and it was no longer the rich wine she had carefully chosen. She explained that I had ruined the colors by mixing them and they could no longer be unmixed. I couldn't say I regretted mixing the colors, but I did feel bad realizing that my mom couldn't replace the original colors, we were at the beginning of an economic downturn and it would be a while before she could afford another stick of color. Those hours of peace mixing colors were like a little vacation right before years of calculating inflation.

Throughout my life I have always mixed things, this mixing would bring inner peace to me in a way I couldn't explain, I could get lost in it. Once I was at my desk at home mixing colors when I heard my landlord screaming my name to get out, my apartment was heavy in smoke that I hadn't even noticed. As I got older though this mixing began to impress others. One year a colleague came to my home and was very attracted to a "painting" I had laying on the floor. I needed to get rid of it as part of my decluttering efforts and offered it to him. He accepted it with glee. The truth is that what was a painting to him had been a meditation for me. After weeks of struggling with sleep, I decided I would just mix colors on a canvas one night. I pulled out my oil colors and started to mix them on the canvas; I mixed and mixed, and swirled and swirled until I fell asleep, and before you know it I had clutter on my floor waiting for a new owner.

My mixing didn't just bring disappointment or glee to others. Once it even brought rage and a truce. Before I could run, the construction worker started yelling at me, if I only knew the trouble they could get into with my father I would know how lucky I was to be alive. My parents were adding two rooms to our home. They hired two construction workers who had been working together for years, the workers had noticed that in the last few days they had been working faster than they had been in the past and were enjoying their pace until they figured out the secret. Unbeknownst to them I had been eyeing their work, more specifically I would walk past their daily little cement volcano they built to mix cement. They would run out of the cement and mix more throughout the day using this volcano-like shape. It was made of the materials to mix into cement surrounding what seemed to be a crater lake of water. The mixture had to be performed precisely with the correct ratios or cement, clay, and sand, otherwise my parents could be facing delays or construction mayhem.

I had seen this mixing a few times for a few days and was mesmerized by the mixing. The workers would often chase me away so I didn't get my school uniform dirty from the cement, but I would try to stand there as long as I could get away with standing there. It was the perfect activity to relax to after coming home from school. There was a lake of water and slowly and patiently one of the workers would fold the materials into it until it had the right texture. It was very soothing, mixing water at first, then cement, then clay, then sand, then back to cement. Eventually, I built up the nerve to start mixing the cement when no one was at the volcano and I couldn't be seen, I felt a special pride when the cinder blocks were going up and I could see the cement, well, cement. The workers were working faster, they were happy, my parents were happy and I was finding my daily dose of inner peace, until I was caught. I was reprimanded for interfering with their work and I eventually persuaded the workers that I knew what I was doing, the cement was working, and if they let me continue to mix, they could get the work done faster, my parents didn't need to know how the rooms were built, they just needed to be built on time and wasn't it nice to get work done faster? We agreed to keep the secret and for a few more weeks I could keep mixing.

My friends call me a painter, a makeup artist, handy, but I don't call myself any of those things because I know I can't do any of them consistently, not because I can't do them, but for me, what quiets my soul and my brain is the mixing, I rarely care about the final product, I only care about the process. As long as I can sit by myself and focus on mixing things, I could find my inner peace. There is something about mixing that is calming, the transition from pure ingredients to something kind of messy to eventually something new and equally beautiful to the original ingredients. As long as I can mix I know that change is okay, I can come to terms with it and can process my feelings while I accept change. To mix is to be in process, ingredients can't mix if you are not there, by mixing you are both, part of and outside of, the final product so not acing a process is a very small price to pay for absolute peace.