Tales From The Morgue

by Jessica Bugg about a year ago in Taboo
Report Story

10 Stories That Will Scare You To Death 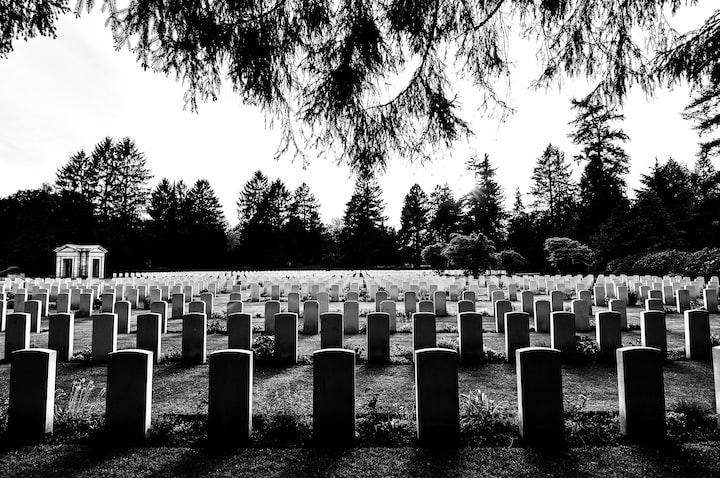 Photo by davide ragusa on Unsplash

The fear of death has haunted humanity since the beginning of time. Is it the pain of death? The fear of the unknown? Or some other reason that makes death seem so, fucking scary? Today we are going to look at 10 stories from people who come up close and personal with death everyday. The people who work in the morgue or mortuary, which is where the dead bodies go in between the time of death and burial.

10). The Janitor Who Had To Help With An Autopsy

In Sweden, there was a janitor who had the job of supervising the cleaning activities of the morgue in his local town. Except due to short staffing, he was asked to pick up additional duties . . . like assisting with an autopsy.

Why he didn’t say “you got me fucked up”? I will never know. Because that’s what I would have said.

There is a story of a man who went to the hospital with severe abdominal pains. While the man was being seen by the attending physician, his brother was there to keep him company while he was receiving medical treatment. The physician asked the brother to write down the man’s pertinent information including the basics like name, DOB, etc. No big deal. Normal intake right?

Except when the brother, returned, the man was missing and had been sent to the morgue. It was only when the attending mortician began to slice into his leg that the man woke up and wasn’t dead. That’s one hell of a misdiagnosis/communication error.

In a story from Venezuela, a man went to visit his father’s dead body in the morgue (weird AF but ok). He told the media he was overwhelmed with the smell of rotting flesh and upon touring the facility saw piles of human bodies (another staffing problem perhaps?).

The man asked one of the morgue employees why were the bodies just piled up and why was the smell so intense? The employee reportedly responded by saying nonchalantly

“Sometimes dogs and cats like to come in and eat the bodies”.

Another staff member said that they had attempted to remove the cats and dogs but that there were just way too many of them. Also, the A/C and freezer hadn’t worked for months so what were they to do? Bon Apetite my canine and feline friends.

7). Keeping It Chill AF in Poland

A Polish woman passed away at the age of 91 and like all bodies, was taken to the local morgue. All was normal until workers noticed the body bag moving. It turns out the lady was not dead at all and was in fact alive.

She survived her heart stopping to beat. Apparently, she only complained of the cold and kept it moving. Turns out the lady had dementia so it’s unlikely she has flashbacks of this ridiculous experience.

6). That One Time Someone (Almost) Got Embalmed Alive

In Kenya, a man had been in the morgue refrigerator chilling (literally) for around 14–15 hours. He had intentionally swallowed insecticide and was pronounced dead AF.

The man was about to be embalmed (ie having his bodily fluids, etc removed and replaced with some hard to spell preservatives) when he woke up.

A man passed away due to drowning and was pronounced dead. The body was taken to the morgue (see a common theme here?) and was in the refrigerated storage area/bin/compartment when a morgue worker heard a tapping noise coming from the inside.

When the employee went to investigate because why would a dead person be tapping?

Was it divine intervention? A near death experience? Had the man been resurrected Nope.

A crab had made the man’s body into it’s new shell. When the host was no longer beneficial. The crab exited the dead body and began tapping on the door in order to escape.

Bet you won’t look at those cute hermit crabs the same will you?

4). Mortician Gives His Most WTF Moment

A mortician was asked what was his strangest moment working in the industry, which I feel is a good thing to ask a mortician, if I knew one to ask.

This mortician responded by telling the story of a woman who was sent to the morgue. They heard a banging company from another room and assumed it was some kind of medical equipment.

The woman’s body had been hooked up to the embalming machine without noticing that she had been concealing a pistol in her vagina. Yes, a pistol in the Queen Victoria.

Her death had been ruled a suicide but the mortician had not asked the details as they were busy that day. Apparently the woman had shot herself through the vagina and the gun was still there. I wanna know who had to remove it? Who got the pistol? Did they return the pistol to the family as a keepsake? So many questions with this one.

Rigor Mortis is the condition that allows the human body to continue to move even after death, like not forever, but morticians and morgue employees can all verify a story of a body who’s leg moved slightly or something of that nature.

One story told the tale of a body that had the trunk (chest and back) of the body remaining on the table but all of the appendages assumed what the workers believed to be a yoga pose.

After researching yoga positions, they did in fact, verify that it was a yoga pose the body had assumed. Namaste your ass on the table, body.

A medical student for some unknown reason sometimes had to shadow at the medical examiner’s office when they received a call from the local police from a crime scene saying they had a dead body and the body had been there for around 3 weeks.

I can smell this story. It’s not pleasant.

The house at the crime scene was filled with hundreds of tins of cat food. The body was infested with cockroaches, maggots, and other insects. Hundreds and hundreds of creepy crawlies were consuming the body and poured out when the body was moved.

I probably would have dropped out of medical school at that very moment.

An etymologist is a scientist who studies insects. Sometimes, these experts are called upon in order to determine the time of death because insects can be used to date death.

One etymologist said his worst experience was when he was called to work with an 8 month pregnant woman’s body who instead of giving birth to a human was essentially infested with beetles, spiders, and other crawling insects.

And that my friends, completes our list for most WTF moments from between the living and the grave. I don’t know any morticians personally, but I feel like they need a raise after researching this.

More stories from Jessica Bugg and writers in Confessions and other communities.