She Sent Her Picture 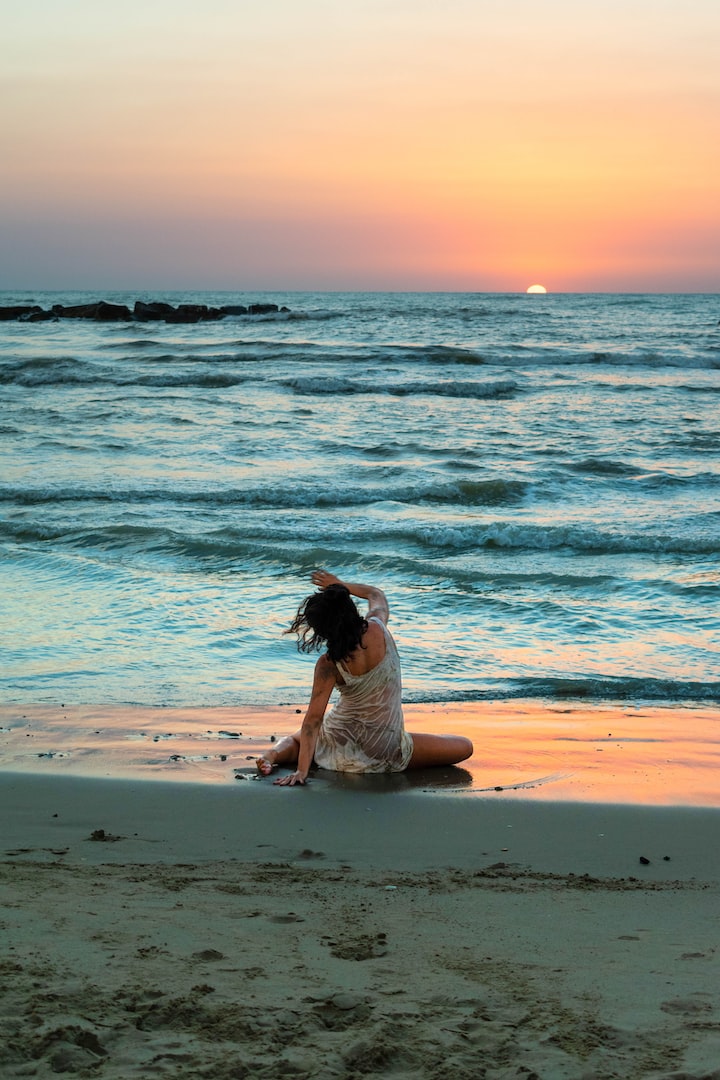 I placed my ad. "Single man wants an unattached woman who sings to a different drum, dances in the brightest of suns, and is looking for more than just a little fun."

Her first reply was just this picture and a short note on the back. "You bring the drum, meet me in the sun, and I'll provide the fun. Darlene."

"You got mail," meant the postman left a real paper, handwritten correspondence, in the box outside your door that currently only holds advertisements today.

My ad got me several responses, as it ran for two weeks. I replied to many and several I even met with a few. As the weeks went by fewer pieces of mail came to my box.

Then about a month later, I got her second correspondence. That was the letter I had hoped would come. I had returned her picture with one of my own pictures, but with nothing on back.

The handwriting on this one was elegant and flowing, and the outside envelope had just a hint of fragrance. Excitement ran through my body just from the outside of the envelope. I savored the feeling and it had been a long time since I had last felt this way. I came back to my office sat down and wanted to anxiously rip it open, but then too, not wanting to rush it, just to savor the feeling for just a moment more. I slowly opened the envelope and immediately a sweet fragrance rushed out. This is a good beginning I thought to myself. Inside was three pages of writing and a photo. A radiant smile looked back at me and surrounding that smile was tons of ringlets of beautiful curly red hair. I slowly pull my eyes away and begin devouring her letter. "Dearest Steve," it began. Ending with, "Looking forward to meeting you in person, Truly, Darlene." I looked at her picture and then reread her note, several times.

The meat of the letter was enough to convince me I had my lady. My secretary Shirly, who had been with me many years, was quite interested but said nothing. At least until I showed her Darlene's picture. "This is going to be my next wife, Darlene is her name,"

"You haven't even met her, and your talking marriage, next week it will be just another little cutie that s got your attention," Shirly remarked.

I called her back that night anxious but excited to see if my first impressions were right. We talked on the phone for over three hours that first night and our first date was to be that Saturday afternoon, to go on a picnic with a kite flying challenge on the side. She was a delight, smart, witty, and warm, and yet there was a child-like innocence about her. She was an artist, a writer, and a free spirit. A hippy-spirited woman, who also liked to partake, occasionally, in Mother Natures' greatest gift, cannabis.

I would find out later, that when I came to pick her up for the first time, she looked through the viewer and saw a bearded, curly-headed, guy wearing cowboy boots, Wranglers, and a dress cowboy shirt. She told me later that she strongly thought, WTF, and considered not answering the door. A hunch over gut reaction won out, besides it was only an afternoon date.

One date led to many more over our twenty-eight-plus years together.

A person's cover may be what attracts you first to them but it is the inside workings of each person that must mesh to make a long-term relationship work, 24/7.

Darlene was a 41 -year old and had been widowed for 15 years She had two grown children and was suffering from an unknown as yet auto-immune disorder, when we first met, I was 39.

What I met is an extraordinary woman who had as a teen been involved in voter registration in South Dallas. A lady who graduated from Berkley in the '60s was in Chicago in 1968 for the protest at the National Democratic Convention and arrested DC in 1969 at the National Mall, where 100,000's came to protest the war in Viet Nam. A red, white n blue, a true American. She passed in 2016 but left quite a legacy.

The stories she had, and the life she lived can be had if there is any interest, let me know if part two has an interest.

More stories from Steve Kravetz and writers in Confessions and other communities.