a tiny true story of nutrition and regret 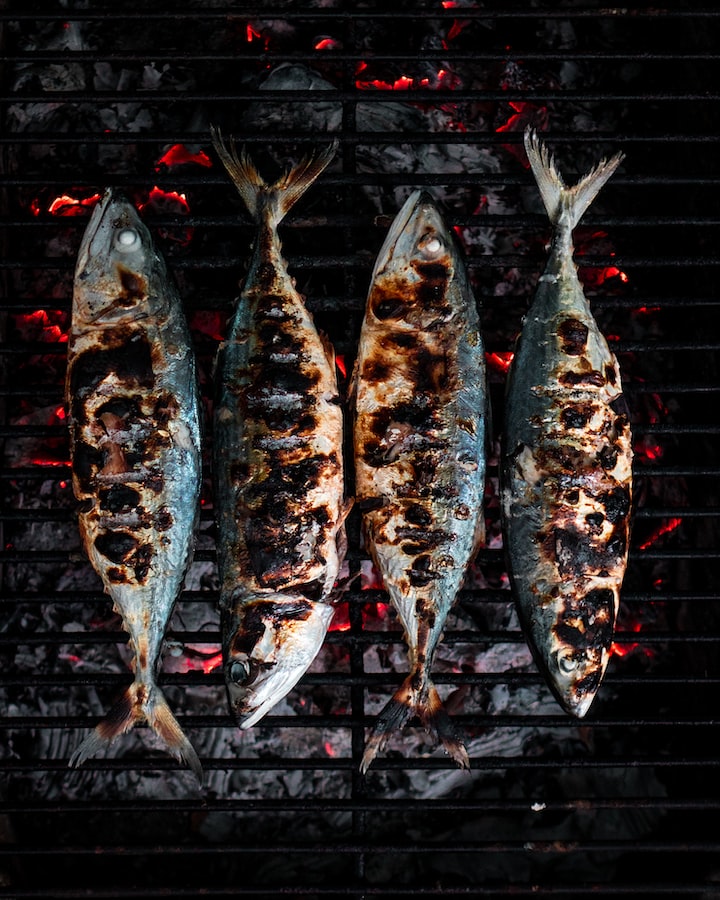 Photo by Clint Bustrillos on Unsplash

I have never been able to tolerate canned tuna fish - the smell, the squelching sound it makes while it’s being mixed with anything else, the very concept of consuming it. The fact that this pulp fit only for animals is so frequently combined with my food nemesis - mayonnaise - only served to entrench this bias more deeply. While I still draw a line at eating shredded, watery meat from an aluminum can, I have made progress: today it is a symbolic boundary. I do regularly incorporate related sources of protein into my diet. And you might be surprised to learn that my gateway shelf-stable seafood was not the ubiquitous albacore, nor even canned or smoked salmon. It was whole sardines.

I wish I could tell you that I arrived at that first courageous moment of experimentation uninfluenced. While today I appreciate the stark, almost poetic whole-foods beauty of these little fish, sliced in half and arranged with silvery scales gleaming atop toast or whole grain crackers, such aesthetic appreciation alone did not convert me. It took a whole lot of sexual tension to do the trick.

Let me take you there.

The year is 2013. I work in a popular and beloved bakery in the Greater Portland area. Muffins, scones, cookies, and so forth - the first of the "sweet treats" - are my responsibility, five days a week. I wake up at 3:30 every morning, throw a scarf over my braided hair and stumble down the half-block from my apartment in Willard Square to the screen door at the back of the warm bakery. If I can manage it before my first coffee, I greet the two bread bakers already at work in the open kitchen. If I’m too grumpy, I just shuffle past them until I am fit for human conversation. I take off my coat in the time clock room, punch my card, don a rolled-down apron, and get to work.

My coworkers are, like myself, mostly twenty-somethings, vaguely artsy (whether or not they make art), with eclectic musical tastes. We all really love food, and working with our hands.

Enter Brian. Brian is a bagel-maker. A bagel boy, if you will. He’s also a flirt. The quiet, thoughtful, deliberate kind of particularly dangerous flirt. In that microcosm of relatively doughy pastries and people, Brian cares about fitness and nutrition. He cares more than any of us, and eats better than any of us, and let me tell you - it shows. For one thing, his skin is just as dewy and radiant as can be. For another, there appears to be not an ounce of fat on his body. Brian eats many things that I do not eat, as a rule. While I am plucking only the warm, gooey centers out of those cinnamon rolls deemed unfit for display or sale (usually from the corners of the pans, which sometimes unroll or cook too fast), Brian is eating things like kimchi and eggs on whole grain English muffins. And - yes - sardines. My own brief period of intense flirtation with Brian thus gives rise to a kind of cognitive dissonance. These foods are gross, I think. Yet Brian is not gross. Brian is, in all honesty, rather beautiful. I appreciate that he is into all this clean eating and living stuff but doesn’t try too hard to look the part. No man bun. No membership status in the boys' club of obsessively cultivated facial hair. On the rare occasions when we talk outside of work he is pensive, but only discusses his personal philosophies with a bit of persuasion. He doesn’t advertise his intellectualism. He does not condescend. He’s clean, crazy fit, with big blue eyes. Was it by observing his morning breakfast break that I first learned to pair sardines with spicy brown mustard and sprinkle them with capers? I honestly don’t remember, though that is how I eat them now.

One day, at the peak of our unconsummated bakery love affair consisting mainly of eye contact, compliments, and palpable tension, I came down to the prep room, away from the bustle and noise of the open kitchen. At the same time, Brian emerged from the proofing closet, which was affectionately nicknamed “The Sauna.” There was even a sign on the door - meant to be a joke - which read “What happens in The Sauna, stays in The Sauna.” As I reached out to open the industrial refrigerator door and retrieve a tray of chilled cookie dough, he reached out and pulled me towards his body. Towards his muscles, with his muscles. We had never actually touched each other before that moment. My insides flipped upside down - violently. I know that’s a cliché, but it’s the plain truth. His hands were on my hips and there were precious few inches between us. Precious few, like three. Then two. The corners of his mouth twitched in a little smile while he looked at me and said (said, not asked), “Wouldn’t this be nice.” Side note: I don’t think he had eaten any sardines that day, because he smelled wonderful. Like freshly kneaded dough, floury handprints and clean, warm skin.

Sometimes, doing the right thing doesn’t pay. I found I could no longer meet his eyes and breathe simultaneously, so I smiled and turned to go, completely flustered, tray of cookie dough forgotten. He brought it upstairs for me a few minutes later, looking terribly amused.

Allow me to explain myself with the added benefit of hindsight. At the time, I was in a relationship with another man, and yes - I still regret that I did not seize this impossibly golden, food-porn-meets-indie-romcom opportunity to jump ship. That boyfriend was a musician and actor seven years older than I, dripping with charm. He was also, as it happened, already cheating on me with half the women in Cumberland County. I didn’t know that last part yet, though of course in retrospect I wonder how I missed it. The whole relationship was a low-key yet undeniable T. Swift "Dear John" experience. And it was only for that guy's sake that I did not answer Brian's rhetorical question with an enthusiastic, "God, yes.” Or preferably some less...verbal...response.

Sigh. What were we talking about?

Right. So, in conclusion, it is a fact proven by my personal experience that sexy people eat sardines. If you don’t, maybe it's time to ask yourself what's really stopping you, anyway. If you’re not sure what it is, or why it is, or if holding out is even worth it anymore...well.

I'd encourage you to take the risk.