by Myia C. Williams 10 months ago in Secrets
Report Story

Feel Everything But Peace 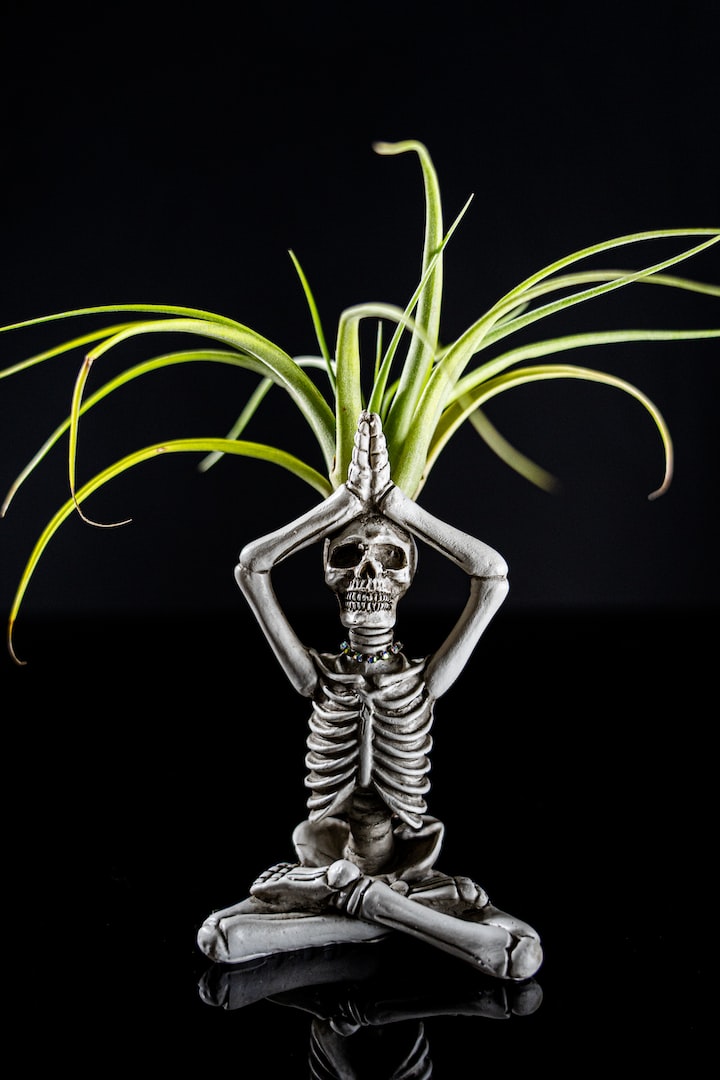 Photo by Paul Cuoco on Unsplash

Its amazing what you can do when you’re happy.

I once read an entire book in one day one day back in undergrad. I had never done that in my life, and I haven’t done it ever since.

It was the dead of summer time, the weeks after the end of summer sessions before the start of the fall semester, and the campus was a ghost town. Only me and a few other students, who would otherwise be homeless, were left in the dorms. It was a beautiful morning that foreshadowed a beautiful day, and I had the delightful fortune of being off of work. The sun beamed a friendly yellow and the morning blue sky was crisp, but thawing, and I knew for certain that the day would be beautiful. I packed a tote bag with a Tupperware of sliced mangos, avocados and plantains, and packed cookies and chips, and made way for the westernmost lawn on campus. That expanse of grass was the greenest and it was home to many long swaying trees with leaves that fluttered in the sunshine. That lawn was perfect to me. I even took the risk of rolling a spliff to sneak drags whenever the campus felt most barren. Oh, that day was supreme. As was Huey Newton’s Autobiography, which I read happily in one undisturbed sitting on a blanket in the grass. I’m grateful for having good memory of happy times. “Happiness is not the goal,” my mom says, “it’s peace that will keep you when happiness fades as it tends to…”

And it did fade. It faded then, and it faded again. I’d know happiness and then I’d know other things. I came to know satisfaction, stress, pain, pleasure, peace, grief and goodness. I’d always known gratitude—that was in my blood. But I came to know worry and fear, freedom and passion, privilege and neglect.

In knowing neglect I became self-interested. I became all about me. I acted and premeditated the facilitation of my own pleasures, and it was phenomenal. In neglect, I grew gluttonous for gold and for guys and girls, and for glamor. I drank and was merry, and well seen and well-sexed. I did all sorts of things, fun and dirty shameful crimes even. It was the lack of love and care—the lack of connection in my life that led me to this feeling of neglect. It was the fading of happiness that gave rise to the shadows of rejection and neglect that would wound me. It was the wound that I’d try to heal. If I hadn’t been wounded, I wouldn’t have done it. I wouldn’t even have been there in the first place.

At first it was fun. The Diamond Palace was very fun. I would almost describe the memories there as “happy,” but the palace evoked ecstasy, not happiness. It was an especially sinful place that allowed those who could afford its membership to gorge on their desires. In neglect, I came to know desire very intimately. I had a taste for life and fulfilment, and it was likened to the opulent pleasures that laced the walls of the palace. I wouldn’t have even known of the palace if it weren’t for my sponsor.

It started one day back in grad school. I freaked out because I’d misplaced the notebook I kept for my capstone course, and I couldn’t have felt dumber. I couldn’t even retrace my steps because a few days had gone by before I noticed that it was missing. It was only when I attempted to begin my project that I noticed it was gone, and I began to dart around and panic. The only thing I could do was work from my annotations and memory, and start anew with a new notebook. I was ecstatic when I returned to class, and my instructor handed me my notebook casually smiling and asking “Doesn’t this belongs to you?” And I smiled and was thankful.

Then, I was shocked and embarrassed. At some point during class I grew bored, and when I opened the notebook to my doodling page I was shocked to find a mysterious card. The card seemed vantablack and the platinum writing made my eyes glisten. “The Diamond Palace,” the card read, “where life’s pressure is released…”

I was embarrassed because someone, whoever placed that card in my notebook, had seen my doodles which ranged from old cartoons and random flowers, to drawings of graffiti inspired by my own negative self-talk. Whoever placed this card knew my wounds. They saw them. The back of the card listed an address and time, “Thursdays at 10pm,” and at the very bottom it read very plainly, “ONE TIME SINGLE ADMISSION.”

I may never have been invited if my instructor hadn’t seen my pathetic doodles of anguish. The first time I noticed my instructor, I’d already been to the palace four or five times before. I was waiting for the lovely hostess who carried a mirrored tray and ribbon-tied rolled bills to come towards my section, when she was intercepted by a man with dark blue snakeskin loafers. He called to her graciously and thanked her and tipped her, and although I could not see his face through his mask, I knew his hair and I knew those elegant blue loafers. Some time did pass before I was able to thank him privately for sponsoring me. I felt so rejuvenated and free as a member of the Diamond Palace. I kept the Diamond Palace as a personal secret for myself. It was a place that filled me and intoxicated me with pleasure. I no longer felt neglected or invisible, and I would never feel that way again.

I remained a member of the Diamond Palace long after I completed my graduate studies, and I continued to dedicate Thursday nights to myself and my, interests. Time would pass, and I had finally mustered enough earning power in my work as an HR Specialist to sponsor others as my former instructor once sponsored me. I sponsored young women, I sponsored young men, I sponsored anyone who I saw needed a new life. A new private life. I never feared privacy being compromised.

In my gluttonous days of self-interest, I did everything. In the Diamond Palace, I did everything and everyone, and I danced on the line of legality with my fellows. We were old enough and responsible enough to know better—we were. But we were drunken with desire and passion, and we were so blinded by our own euphoria that one time, we did the unspeakable. I had done everything but seek peace. I sought power and pleasure, but never peace. Like happiness, euphoria will also fade.

Some nights at the palace, we were so high up, that we never noticed that people were hurting, that people were dying inside—and once we did notice, we fell right out of the sky. Only, we noticed after it was already too late. It wasn’t until we lost someone for the third time that we realized how much pain we’d inflicted over the years; people who had been running to escape the suffering and shame they knew in their lives were facilitating shame and suffering in the lives of others at the Diamond Palace. I don’t have memory of the first two, but I don’t think I’ll ever forget the third. The third was a shame. A pitiful shame.

Stacey was perfect to me. The way that their long limbs would stretch and curl in the whenever they were in the grips of an orgasm was perfect to me. The way they looked, fully androgynous and passionately into everyone’s eyes was perfect. Stacey was our favorite for a long while, and I do think that they did love us. Unlike everyone, Stacey loved everyone. There was an incredible calm and peace about them, and I could feel it whenever I touched them. I think that we could all feel it. Stacey’s smile was perfect and cool, and full of sunshine. Stacey was a real diamond, and we put them under too much pressure. I wish that I could remember more of the good and happy times that I had with them. I wonder if they existed.

Stacey was so kind and loving that they were appointed as “Mother” of the Diamond Palace classic, “Mother May I?” Stacey’s role as mother was to always say “yes, you may.” And I wish I never played. I wish I never asked for so much. I wish I was never wounded, and recovering from neglect. I was feeding into myself, and Stacey wanted that for me. They wanted that for all of us. But we were so greedy with lust, so inflated with false senses of power that we betrayed Stacey. We forgot to think of mother, and mother never did come back to the Diamond Palace after that time. I don’t think I ever knew what Stacey wanted for us, or for me. We mourned her departure and the club was never the same.

I tried to mourn privately for someone and something that I lost in my private life. I’d been successful at keeping my membership private, and we all disbanded not too long after we lost Stacey. It seemed as though my private interests from that time had been erased, and only I had personal recollection. Initially, I felt stress and grief. I was overcome with fear that I would somehow be exposed for my past transgressions. I worried about my spouse, who’s never known that side of me. But, time has given me the gift of peace. For many years now, I’ve wondered about Stacey and my fellows from those days.

My life was never disturbed by that past, and I feel privileged to be free of that past. Not all people are afforded a second chance at healing from their wounds. A lot of criminals have to answer for their crimes, and I was afforded the rare opportunity of erasure. And as time moved on, I’ve had the blessing of peace in knowing that fate had forgiven me. But…

This morning, there came a knock on my door. My eyes clenched as I was startled out of my meditation. I arose from my Padmasana pose and walked to the front door, peeping first through the hole. Seeing no one at the door, I assumed that my copy of James Baldwin’s autobiography had arrived. Excited, I opened the door to find a suspicious package wrapped in brown paper. When I looked up to see who might’ve dropped the package on my porch, a vantablack conversion van sped off with screeching tires. I can count on one hand how many times I’ve seen vantablack in my 41 years of living. I stood at my door, staring at the package and fearing to see more of the ominous color. I tried to move slowly and deliberately, but I moved frantically and erratically. I stood at the door, unwrapping with fury, and what I saw shattered my peace. I suddenly was overcome with fear and desperation.

It is amazing what you might do when you’re desperate.

I want, always, to be inspired.

More stories from Myia C. Williams and writers in Confessions and other communities.