My Career Was My Identity

by Kassondra O'Hara 2 months ago in Workplace

Who am I now without it? 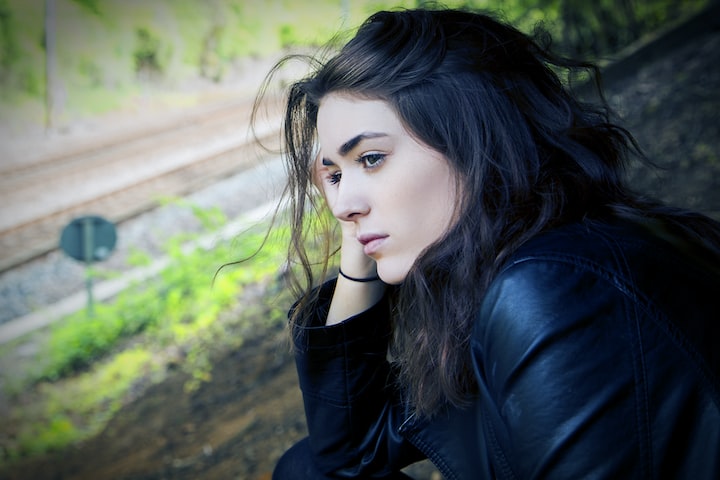 Photo by Kyle Broad on Unsplash

Me: *confirms address* Who is bleeding?

Me: Ok, ma’am we are getting help on the way, stay on the phone with me, do not hang up.

~ Pages Fire/Rescue while partner simultaneously dispatches officers and an ambulance~

Me: Where on his body was he shot?

Caller: I don’t know! His back, shoulder, arm, I can’t tell, there’s just so much blood!

Me: Do you know where the shooter is?

Caller: I don’t know! We were just sitting on the couch watching cartoons. I heard a lot of “pops” and the window exploded. I looked over at my son and he was laying on the couch bleeding.

This was the beginning of just one of the thousands of emergency calls that I received during my career as a 9–1–1 dispatcher. I didn’t need a transcript to recall the exchange between myself and the mother of this four-year-old little boy. I still hear her voice in my head every day. I see the little boy’s face every time I close my eyes to go to sleep. He was the victim of a drive-by shooting. He didn’t make it.

There were so many that didn’t make it. Literally and figuratively.

I was one of them.

Chadwick Boseman stated, “ Whatever you choose for a career path, remember the struggles along the way are only meant to shape you for your purpose.”

But what if those struggles almost broke you? What if, instead of shaping you, they crumbled you into a million pieces?

I’ve always heard “what doesn’t kill you, makes you stronger.”

If that’s true, then at this point, I’d give the Incredible Hulk a run for his money.

Making a Career Out of Struggles

I began my career as an emergency services dispatcher when I was 19. My freshman year of college was balanced with my part-time job at a local police department. I mostly worked nights, weekends, and holidays. This was my first taste of adulthood and it hit me square in the face.

My young age, coupled with my lack of life experience, put me at a major disadvantage. I hadn’t dealt with any sort of REAL problems in my own life, and now I was expected to handle the emergencies of strangers.

I moved on and moved up. I completed my degree in Criminal Justice and landed a job at a larger police department, an actual 9–1–1 center. I completely engrossed myself in this adult, post-graduate, emergency services lifestyle. I was a 9–1–1 dispatcher. And for so long, I was that before I was anything else. It was me, I was it.

For 14 long years, I ate, slept, sweat, breathed, bled, and cried emergency dispatching. I read and watched everything I could on the subject. I took courses, online and in-person, and watched my network grow.

My social circle was larger than it ever had been. I had more support than I had ever known. Most of my friends were either dispatchers, police officers, firefighters, or medical personnel. We formed bonds that I never even knew could exist. We had each other’s back. They understood the pressure of the job and how it affected us, individually and as a whole. They knew the sacrifices that we made every day to keep our citizens safe.

I came into work early and stayed late at the station, just to hang out with my fellow dispatch friends. I would use my off time to hone my geography skills by simply driving around the area. I knew every single street name in my area and could tell you what sector (our version of beats) it was in. I even worked on projects at home.

I loved my job. My passion was to learn more, do better, act faster, all in the name of helping as many people as well as I could.

I never saw my family as a “law enforcement family”, at least not the kind you see on TV, but that’s how it eventually became. My husband is a crime scene investigator, my brother a police officer, and my mom a retired dispatcher.

When we got together, the majority of the conversation consisted of comparing calls that we took or responded to. It was nice to be able to share your stressful moments with those who understood not only what you were going through but also got the “we can’t share specific details” part.

The Time Had Come

In 2019, it became obvious that the time had come for me to move away from emergency communications for a while. In addition to a growing list of other reasons, the strain that the job put on my mental health, physical health, and family life had become too much.

I turned in my resignation and was hired in the city’s IT department as a Helpdesk Analyst. It took a LONG time for me to adjust to the freedoms that this job allowed me. It took over two months before I stopped announcing to everyone that I was leaving my desk to go to the bathroom. I could tell that my coworkers didn’t care, but it was such a habit.

I felt bad for taking a lunch break. I had never had one before. I felt like I was doing something wrong by leaving for an hour to do whatever I needed to do. The day that I woke up with the flu and messaged my supervisor that I needed to take a sick day, I wasn’t given the third degree or made to feel like I was inconveniencing everyone. He just said, “Ok. Feel better. Let us know if you need anything.” His response absolutely blew my mind.

The point being, I felt free. I felt as if I could actually breathe. I had become a member of a new team, a less stressful team. Once I adjusted to my new surroundings, I was beyond happy. I felt so blessed and was so grateful to have found a place where I was appreciated and respected. It was like nothing I had ever known. So why do I feel so empty?

I have reached the point where the job I have now is just that, a job. It is not my life. I haven’t immersed myself into the IT world the way I did dispatching. I don’t get excited over new technologies the way my techs do. It’s simply just not my passion as it is there’s. When someone asks what I do now, I generally say “I work for the city.” I used to feel a sense of pride when I would say “I’m a 911 dispatcher.”

I still find myself wondering what’s happening anytime I see multiple responder vehicles racing by, obviously on their way to a hot call. I miss the dark humor that “normal” people don’t get. I still read articles pertaining to new 9–1–1 technologies and protocols.

With my family still working in the same field, I often feel left out at family functions. They discuss the ins and outs of their jobs and I simply have nothing to add. They ask, “So how’s the IT world?” I just respond with “It’s fine.”, considering I don’t have any exciting stories or news to add to the conversation.

I’m still friends with several people that I met along the way and probably always will be. The issue is that to really become successful in the emergency communications field, you typically have to migrate to larger cities, which is what most of them have done. This causes us to be spread out across the country, and with our busy schedules, it’s pretty hard to find time to see each other. It’s nice to know that I have people who understand me and will always have my back, but it gets pretty lonely on a daily basis.

I thought I’d be happy with an average job with all the perks. I thought I would be satisfied with “just a job” and enjoy the freedoms that it allowed. I was sure that having more time to be just a wife, mother, friend, and normal person would make me happier and feel more valuable. I’m still working at it, two years in, but for now, I can honestly say that it hasn’t.

I don’t feel like myself. I don’t feel worthy, goal-oriented, driven, motivated, or that my contributions matter. Before, I was always motivated to make myself and my agency better. I consistently had new ideas and took action to make them happen. I knew that what I did every day mattered to someone, even if it was thankless.

Now, I’m not motivated. I have no professional goals. I feel like it doesn’t matter if I show up to work because my co-workers can do the same things I can, and do them better. I’m lonely and I am empty. Simply put, I’m just an employee. I used to save lives, now I just watch others live theirs.

I honestly don’t know. I am going to continue to do my job to the best of my ability and one day, if it’s meant to be, I may find something more in my skill set to pursue. Maybe I’ll go back to school and really dig into the field I’m currently in. For now, I am just going to take it one day at a time and count my blessings that a) I have a job, b) I don’t dislike my job and c) I found the courage to leave a toxic job.

Would I go back to my old job if given the chance? Definitely not. I’m fairly sure that had I stayed, I would either have died from a heart attack or been committed to an insane asylum by now. The reasons that I left are still reasons, nothing has really changed. I am fully committed to the certainty that I made the right decision by leaving.

It probably should have occurred to me that my former job was toxic when I thought that it was all that I was, all that I could be. But who am I now?