by Elle 4 months ago in Secrets
Report Story

Or: how to not get laid 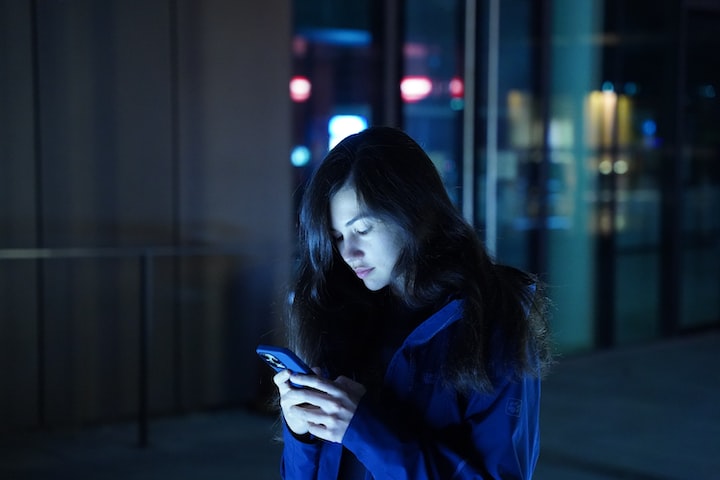 Photo by Olena Kamenetska on Unsplash

Last night I hit up seven different guys for a hook up. Most of them from my *BJ-only list. It's always tricky, timing wise, to send multiple homing pigeons to numerous recipients. Just how long should I wait after texting #1 (let's just refer to them by number, shall we) before texting #2, 3, 4.... I decided to let distance be my guide.

I'd had a dreary night at a club. It was the start of a three-day weekend so the crowd was larger than usual. It was a special theme night of 90's rock which is rarely played in clubs so I was very excited. Things started out promisingly with Linkin Park, AFI, and System of a Down being played. But then the DJ lapsed into crowd pleaser frat-house-sausage-fest favorites like Jimmy Eat World, Harvey Danger and Blink 182 when I'd been hoping for Rage Against the Machine and Nine Inch Nails. The only reason I go to clubs is to dance. I don't drink (too expensive), I don't socialize (loner here), and I don't pick up guys (I do that online, thank you very much). Oh, and I don't twirl. I can't believe that I even had to make such a rule but unfortunately, it has become necessary.

So I left the club early, around 12:30am, feeling restless, horny, and need of a mood boost. I hit up #1 although I knew he had moved across town that day so most likely had gone to bed already. After ten minutes and no response, I hit up #2, a long-time though infrequent BJ-only pal. Crickets. As I headed West, I emailed an old Tinder connection I'd been flirting with on and off for a couple of years. Around this time, #2 texted that he was "out of town but let's do it at the end of the month". I was now on the West side and texted #4, who lived a bit northward, but was totally worth the drive. So far I'd only heard back from #2. I decided to head home but hit-up the guys who lived along my route. #4 messaged me; he also was out of town but returning the next day. We flirted via text for the next half hour as I drove home (don't text and drive!). Messages to #5, 6, and 7 went out in the order of their locations. #5 got back to me right away. He was out with friends and wouldn't be home for several hours. Scratch. #6 texted 3 hours later with a "Yes” answer to my “BJ anyone?” text. I told him, "I believe the offer expired about two and half hours ago". I told him we'd do it soon and would he like to be my Guinea pig so I could practice my handjob skills. Yes? No? Maybe? HELLO?! No answer. GRRR! When he wants a blow job he's all please-and-thank you but now can't be bothered to answer a direct question. #6 will be jerking off from here on in.

Numbers 1, 3, and 7 got back to me in the morning. Respectively, “wiped out from moving went to bed early”, “was that offer only for last night can we do it tonight”, and “was asleep already when u texted”.

More stories from Elle and writers in Confessions and other communities.