Is Unconditional Love The Answer?

by Aurora 6 months ago in Workplace
Report Story

A couple of years ago, when I was a manual therapist, I received a client, a man in his 50's. 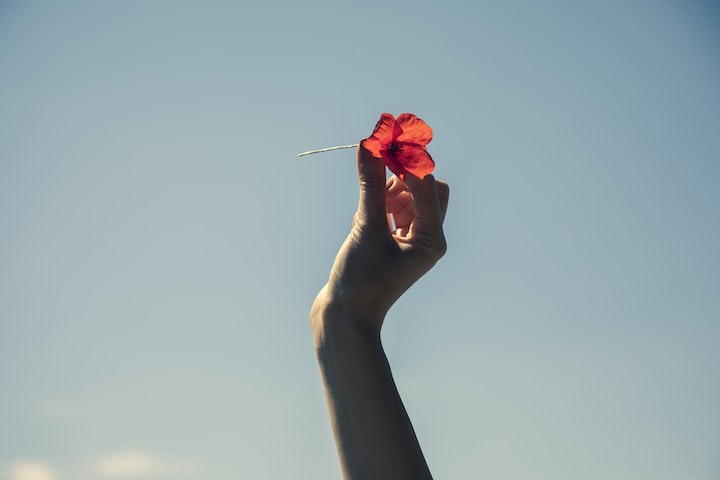 His body was tender, just like wild asparagus, covered by morning dew.

His wife was a dense grey cloud, and soon I understood that they were firmly attached, as she spoke more than him.

Quite shy, he could complain about a pain in his back that he would describe as a constant and progressive black hole.

I invited him to lay down on the table, and my fingers slowly started rolling over his back muscles.

In the end, he felt better, but there was still suffering taking place in his face.

After a few days, he said that the black hole was back, so we scheduled another session.

This time, while we were halfway through the session, and he was lying on the table, with his face in the table's hole, facing down, he spontaneously spoke about his mother's death.

He told me how she died alone and how he felt guilty for not being there by her side.

I could sense that he was lost. He was losing himself in guilt and sorrow.

We ended the session with some moves next to his diaphragm to help him breathe properly and better and maybe help him overcome all that sorrow, sadness, and guilt he was carrying.

After a couple of days, I sent him a message to know how he was feeling.

He told me that the pain was getting worse, so much that he couldn't stand walking or moving much. That he would be ok seated, but that walking more than 10 min was unbearable.

They decided to schedule an appointment with his doctor, even though everything seemed fine just a couple of months before, according to a routine check-up.

I think it was a week later when he called me back. The doctor was suspicious of cancer, and after he would confirm pancreatic cancer.

They came back to tell me that he was starting chemotherapy sessions, and after that, here and then, we would exchange messages to know how things were going.

More or less, nine months had gone by when they called me to schedule another session.

I was excited! They sounded hopeful!

When the time came, and I opened the door, I couldn't stop noticing how his wife had a new and brighter light; she was smiling and glowing.

At first sight, it looked like she was the one that had once had a disease and was now facing a miraculous cure.

And, in fact, they brought wonderful news!

The doctor was amazed by the results; his pancreas was clean from cancer, just as if a miracle had occurred.

While she was thrilled, I could see in him still dazzle of sorrow and grief, he was happy for the results, but he was still not at peace.

They wanted to share everything about the long journey.

After he was diagnosed, he made a couple of conventional treatments.

During that period between treatments, he felt an urge to go North to his mother's village.

There, they met a neighbor with whom they talked about his health. The neighbor diligently told them about a woman that used unconventional methods to treat some types of cancer with excellent results.

As they had nothing to lose, soon they contacted this woman, who was open to help them.

They decided to stay there for a couple of months to start this new and unconventional treatment, postponing the second chemotherapy treatment.

They told me a bit about it.

She put him on a diet primarily made up of juices and greens, but the most crucial part of the treatment was taking place at her home, where he would meet her two or three days per week. She would practice the tapping method on him for a couple of hours, with phrases he needed to repeat endless times to change his beliefs.

When he told me this, despite his wife's brighter and lighter aura, and the good news, his face was still in an emotional storm.

After that conversation, maybe six more months later, Christmas arrived, and I sent them a Christmas message.

It was his wife who replied, in the message she said something like: thank you so much for your message, but unfortunately our dear A is no longer with us.

With that reply, I couldn't stop feeling a mixture of sadness, surprise, and, unfortunately, also certainty.

And while sending her my condolences, I kept thinking about what had exactly made him die?!

Yes, cancer came back for sure, but why did cancer come back?!

Why, when supposedly it was gone, totally gone?

Here and then, I go back and think about it.

I remember that he was shy. His completion looked fragile as if the suffering he was experiencing was much more profound and painful than his actual physical suffering!

When remembering our sessions and what he told me about feeling guilty for leaving his mother to die alone, he was full of sorrow and grief.

He was undoubtedly more attached to the idea of his mother's suffering than to his physical suffering. Just like that, an avalanche of negative emotions sucked him into a spiral that eventually would stop. But because his mind never stopped thinking about that matter, his body put an end to it.

I know that this assumption can be hasty.

But once I went to macrobiotics, it seemed logical.

George Oshawa, the father of macrobiotics, tells us that there are five transformations in life. Just like the Seven Chakras, this was his understanding of ancient oriental wisdom.

The five transformations are also related to the five elements, and the energy of each transformation governs specific organs in our bodies that are also associated with our emotions.

We achieve a balanced life when all the transformations are in balance, but balance is always momentarily, and of course, in our modern days, quite challenging to achieve and maintain.

When I look at what happened to him, he died of pancreatic cancer through an occidental lens, and the rest is speculation.

But when I see it through the macrobiotic perspective, his pancreas, his spleen, and his stomach are all nurtured by the soil transformation - Mother Earth energy, which of course, was his mother.

Macrobiotics also tells us that when a person has their soil energy unbalanced: victimization, self-pity, and a strong feeling of abandonment take control. People start to talk about their health, and there's a lack of energy.

I have also been reading and watching youtube videos on Krishnamurti for some time.

He tells us that fear, tradition, habits, memories, and experiences are all attached to death.

"death means the ending of the known" and "death happens when there is attachment,"

He also says that "where there is attachment, there is corruption."

What happens when someone dies?

His mother died, but this experience of death was an experience for whom?

Who had memories of his mother?!

Who kept attached to the idea of his mother suffering if not him, probably still imagining what his mother might have suffered, being corrupted by that, over and over again.

And then, was he dying while having cancer?

Or was he alive when fighting, when consciously knowing that death could take him at any time?

Was he experiencing more death while overcoming cancer, or when the doctor said that cancer was over?

Did his mind turn back to the memories of the lost mother and the emotions of abandonment?

Krishnamurti also says, "Death is not in the future, Death is now, and there's no time."

We all come to an end that I know.

What is the only thing that doesn't have an ending?!

Science and philosophy tell me that the universe is endless.

Is that why we should practice meditation?

Because through meditation, we come to be in touch with the universe, and when that happens, we are ONE. We are EVERYTHING, EVERYONE, EVERYWHERE. When this happens, we have no nation, no fear, no race, no prejudice, but just UNCONDITIONAL LOVE, because we are one, and that makes us experience FREEDOM!

And if we are free, we are also free of attachment, so the death that exists when there's attachment no longer exists! Is that it?!

If that's so, what is happening to our planet is exactly the opposite, or am I wrong?!

Aren't we killing our planet through attachment to nationalism, fear, racism, religion, money, fossil fuels, and a whole bunch of prejudices?

Can we end death (that is the end) by practicing unconditional love?

As a reader I love to learn something meaningful, I love to feel inspired and motivated, that’s also how I try to write.

More stories from Aurora and writers in Confessions and other communities.