I Was Only Twelve When She First Touched Me

by Rick Martinez 10 months ago in School
Report Story

Now I'm 53 years old, and have never shared this story in public 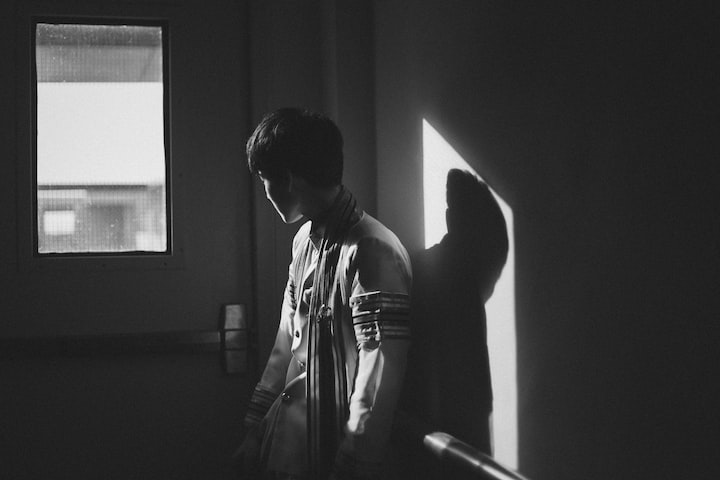 I remember the moment clear as day.

It was 6th grade; Mrs. Gordon was my teacher. She was like my mom's age and super friendly for an adult I guess (at least that's what I thought when I was 12). Always very attentive to our class. It wasn't until later that I understood WHY she was extra attentive to some of us.

She gave us a homework assignment which was a 300-word essay. We could write about anything we wanted to, but it had to follow some basic rules. The guidelines weren't rigid; I mean, we were only 6th graders.

I remember going home a little nervous and, at the same time, oddly excited.

Weird right? To have these strange sensations because of Mrs. Gordon's assignment, I mean. I guess it was "technically" about the age where boys begin to, you know, hit puberty and stuff.

This feels strange writing about this here, but anyway…

It was kind of like a first dance or a first date, I suppose. Although I didn't know about dancing or dating when I was twelve. It wasn't until later that I really understood what was happening.

It was that thunderbolt I'd heard of.

Not a real one emerging from the sky or from Thor's hammer and stuff. Rather the proverbial one that hits you right in the soul. And takes your breath away.

And I couldn't wait to start writing that night.

Odd because I have NEVER been excited to do "homework."

First, I had to clear the dinner table so I'd have a place to sit. My little brother was still eating, but I told him "The Brady Bunch" was on, so he left. My mom was actually surprised about how eagerly I helped clean up and then ask to wipe down the table.

I cleaned off that table as if I was a priest cleaning his chalice before mass.

Then I remember I sharpened my pencil.

Not too sharp because I didn't want to rip the paper, but just sharp enough. I probably put too much effort into it, but it was my favorite pencil, after all. I could tell because of the teeth marks all up and down it.

Teeth marks all up and down it.

I recall that 6th-grade paper we used. The kind with the big fat lines, not the college-ruled paper with skinny lines. There was an extra eraser next to my paper right there where the fork just was.

You know, in case I had to erase it all and start anew.

Then I sat down at the table. I sat in the same spot that my dad sat in at dinner. Most likely because I was about to do something that required me to act more like an adult and not a sixth-grader.

Maybe I was trying to channel my inner adult?

The essay I wrote was more of a story. It was a blend of Jack London's "White Fang," crossed with J.R.R. Tolkien's "The Hobbit," mixed with a splash of John Steinbeck's "The Grapes of Wrath." Yeah, Steinbeck. I went to school in Salinas, California, and Steinbeck was from these parts.

Plus, Steinbeck just writes some incredible stuff, you know.

I never really thought about what I was writing, and before I knew it, an hour had passed. I had been away. Lost in that pencil, paper, and story. So deep into writing something, which I'm sure was dumb as hell, but it was then that it hit me.

It felt beautiful, scary, and messy, all at once. Like a burst of electric heat that can split a chest open so the whole world can see your heart and soul spilling onto the paper. It turned me inside out, and I knew at that moment there was no going back.

Once the thunderbolt hits, your life is irrevocably changed.

You see, I had found my muse. Or she had found me is more apt. And she taught me more about life and how to live it, and all when I was twelve years old.

She was always there; all I needed was the right moment or person to open my eyes to her beauty. To her life-changing power.

Mrs. Gordon was that person, and that essay was the moment that did that for me. She knew I had something, and as a great teacher, she knew how to coax it out of me. She compelled me to write, and I will never forget her for that.

Writing is my muse.

All these years later, one might ponder why here and why now? What gives Rick? Why write and share this today?

We moved to Texas after the 6th grade. And while I loved to write, I never truly pursued it. At least not really, until a moment about three years ago.

I was Googling stuff about Salinas and the places I grew up in California and started to see glimmers of recognition. A few clicks later, I found it.

And so I write.

More stories from Rick Martinez and writers in Confessions and other communities.