I Want to Make a Baby with You

by Stephen Phillips 8 months ago in Dating
Report Story 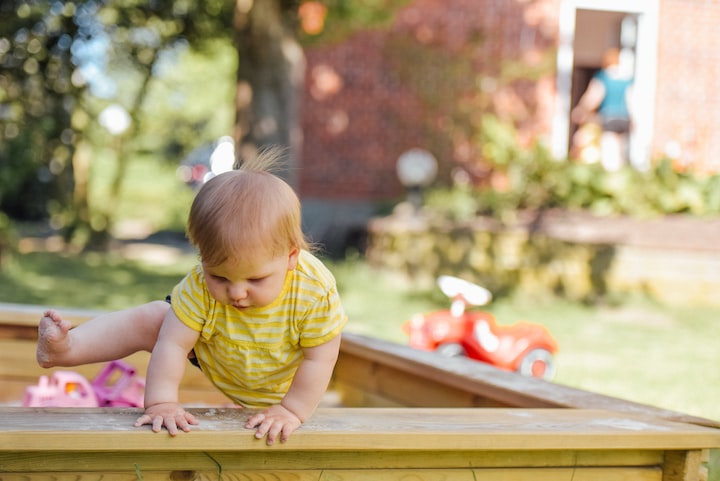 Photo by Alexander Dummer on Unsplash

For someone who grew up surrounded by kids - four brothers and eight cousins on my mother's side - I still feel, as I sink further into my thirties, that I don't really know where they come from.

Don't get me wrong, they're the coolest and the absolute best. But how do they get here, you know? How do they arrive so magically on the welcome mat of our uninterrupted lives?

I was once one, so that's something. I know that they're cute (Thanks), clever (Thank you), and a mysterious combination of small, yet terrifying strength. I know that they're wise (Thanks, again), messy, full of untapped observation and with a strong tendency to vote entirely independent.

They are perhaps most well known for being hilarious and the most consistent stand-up comedians working today. When it comes to testing new material, you won't find anyone more willing to hit the road and do crowd work from the living room, especially if mom, dad, or an older sister is in attendance for the evening.

I recently got a chance to see my niece perform in Arkansas. More on this later, I was just glad she got me in for free.

I guess what I'm wondering is, in spite of all this, why would someone want to create one, if I can say that aloud? I'm not trying to be harsh or insensitive, it's just that, despite their level of awesome, isn't my life as wonderful as it's going to be without them?

The answer, many people would go on record for, is no.

Okay, well, if that's the case, then perhaps I am putting the cart before the horse here. As it were, the kid before the adult who'd help me raise it?

That's got to be it, right? Okay, so to fix that, you think less about a baby and more about who might want to go in on one with you. You get involved with someone, and you're into them. A bit turns into a while, and before you know it, they're into you, too. Things happen, things are…emotionally exchanged. At some point you roll toward them one night, sleepy like a seal sunning on a rock, and say, "Hey. I want to make a baby with you."

But in that moment lies a clue because I think, if you were truly present and unconcerned with repercussions, that it would be as natural as breathing. That it would be ridiculously out-of-left-field, incredibly orbital, simultaneously alien and human like a spinning satellite. Profound, intense and filled with the familiarity of coming home, it would recognize in another the potential for the sweetest of earthly ingredients, the ancient one found in a little recipe called Babymaking: 101.

It doesn't seem like you could create one without the "L" word. I don't think it would compute without "love" with a capital "L."

I've never been in love before, not yet. I've never been around someone that made me want to let the dance unfold like that to the end, or at least until the very beginning.

All I know is that recently, during her stand-up set, my two-year-old niece decided she wanted to dress up like a banana. She did it, and it was all right there in front of me in a series of familiar, earthbound moments.

The bright yellow shirt, the striped shorts that fit like pants. She sold me without even trying, and for once I felt like I understood where she came from, where they might be coming from.

When she smiled, I thought, "Maybe I can visit this place, too."

I'm okay with not having kids in this life I've been privileged to lead.

I would love, however, to be around someone long enough to remind me that that's an option, and one of pure magic, still.