I Regret Finishing My Degree

by Daniel Goldman 6 days ago in School

I spent a lot of money with very little to gain. 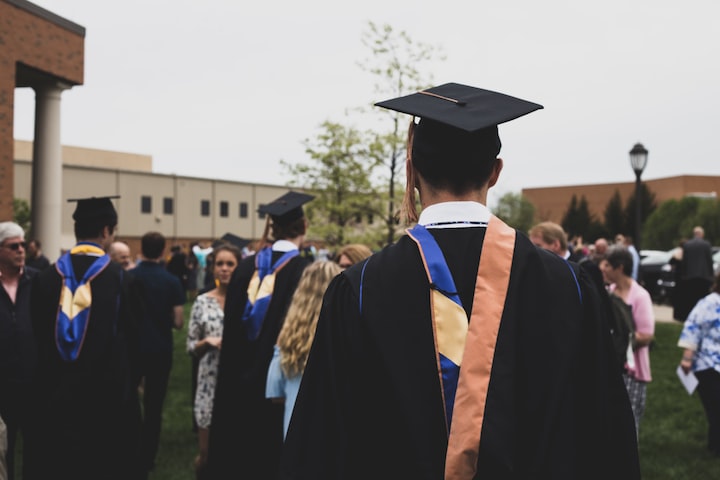 Photo by Charles DeLoye on Unsplash

We all do things we regret. I've done plenty. Some of what I've done I'd rather not talk about. But if I'm going to come clean about anything, it's that I wasted a lot of money on college. No. I didn't spend all night partying only to fail my classes. I was never that kind of student.

I didn't take the usual path to completing a college degree. My journey was quite roundabout. Even before starting college, I was in and out of district schools for years. But like many other people, I didn't really know what I wanted to study when I did start college. I started with engineering, and switched to computer science. After finishing a 2 year degree in C.S. I decided I wanted to finish the degree in engineering as well, so I did.

By the time I finished my second associates, I didn't really care all that much about the degree. I only cared about learning. But other people cared about the degree, and I was convinced that I should go back and finish a bachelors. I was given this advice by many people, including professors. So I listened. I started working on completing my bachelors and starting my masters.

One of the most annoying parts of finishing my bachelors was simply finding classes to take. I wanted to finish a degree in mathematics, but courses were limited. Worse yet, I had taken a lot of the courses already when completing my associates degrees. But it didn't matter. I could only transfer 90 credits (out of the roughly 150 credits I already had).

I took a lot of courses that "had nothing to do with my field." But that's fine. I'm a polymath and don't really like fields. That's why modern degree programs are such a pain. I just want to learn, and ask and answer questions. So I added a minor in anthropology. I took courses in art history and English. And I started taking random graduate courses along the way.

Unfortunately things really started to go South when I began my masters program. I had written a detailed rant about this issue once before. I'm not even sure where it is. But I very much regret a number of decisions I made when I started my masters.

I really wanted to go into research. And completing a thesis was, I thought, the perfect option. I made sure to mention my interest in research when applying to the program. Unfortunately, things don't always go the way we expect, and when we don't get something in writing, it might as well not have been said.

I took classes that I didn't want to take. Worse yet, I took courses where I didn't learn a damn thing. I took them because they were for my degree. But as it turns out, the advisor didn't have any intention of helping me pursue a thesis. Over time it became increasingly clear that he was trying to push me towards taking the comprehensive exam as well. And so, I left the program.

Honestly, I don't regret leaving. I'm glad that I freed myself from the institution. I regret spending so much money towards something that was so damn useless. Learning is never useless, but some of the courses I took simply were.

Learning From My Mistakes

A professor gave me some advice. This advice has helped me since, and I think it can help others a lot too. Even if a person does not respond to an email, as was the case with my advisor, leaving an email trail can be useful. If a person refuses to answer in email, and instead tries to call, that's fine. Just send an email afterwards summarizing what was said, and continue to do so until the other person admits what was said or there is no reply. At least then there's a record in case you need to fight it. So as much as I regret spending so much money, I did at least learn from my experience, so thanks college.

I truly find academia to be vile. While it was once a wonderful place where people could expand their understanding of the world, a place where people dedicated their life to study, it has now become little more than job training institution and a funnel for government money.