by Ben Shelley about a year ago in Dating
Report Story

When you cross the threshold and fail the first test 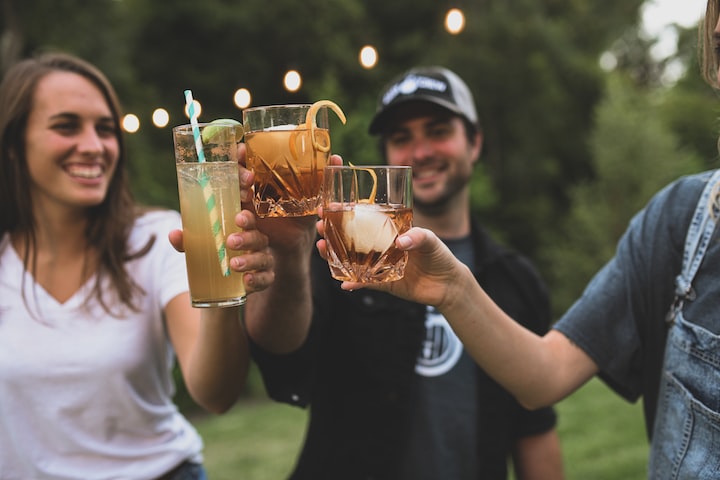 Photo by Blake Wisz on Unsplash

Meeting the friends of your date is important. More than family, the approval of friends is the number one tick. A house needs foundations in order to survive and the same is true for a relationship. Opposites attract, yet without the friends on your side, you will need to pull off a 'hail mary' in order to win.

My greatest dating failure comes in the form of age. University had finished and I was lost. Meandering around jobs and having no idea of my goals I fell into dating an ex-colleague of mine. She was older and had just broken up with her long term partner.

Two massive red flags, yet I did not want to listen.

We lasted something just shy of the average maternity cycle. Nine months. During that time my biggest social shock came in the form of meeting her friends. Or, having a triple date with two other couples, all older than me and all obsessed with purchasing a house. If you have ever seen the 'How I Met Your Mother' episode in which Lily and Marshall attempt to upscale and throw a wine party, ultimately giving up and going clubbing, that was me.

Sitting at a table that would not have looked out of place in a board room I sat in the corner. Ignored for the duration I yearned to be home, in my pants, watching Lord of the Rings.

It would have been a better use of time.

Not once did anyone attempt to engage me in conversation, I was essentially the salt shaker, yet less desirable.

Fish Out of Water

The night was years ago, yet I remember the feeling of not fitting in. They were all dressed to the sky, with outfits that look like they cost the earth. On the other hand, I was looked up and down instantly and judged, like a calf in a farmers market. I was not the flavour of the day and apart from saying thank you to the waiter, the only conversation I had that evening was inside my head.

Screaming out to myself to run. I stayed, waited to the end and even paid for the meal for both of us. Nowadays, I know what I should have done.

After an hour I should have stood up and headed out the front door, as it was clearly not to be. The test was failed and in hindsight, my time is valuable, yet with insecurities pouring out of every orifice, I needed to cling on.

Fear of nothing better being out there for me drove my decision making.

The attitude of those in attendance was wrong. I am not going to be rude or condescend them, as socially, we sometimes forget to ask, we assume and do not want to step out of our comfort zones. It's difficult to ask questions that we do not want to hear the answers to and the lessons I learned that day have lasted a lifetime. Engage those in conversation in order to help them feel at home, as it is difficult to join a group.

At that point in time (22) I was sexually inexperienced and prone to following my little member. He made decisions that deep down, I must have known were not in my best interest.

Having a very sheltered dating life before this point I was excited to start 'living'.

Leading a restricted dating life before I reached the age of 22 meant that I was desperate for new experiences. I needed to tick off a few failures in my life in order to give myself confidence moving forward. Rather than living vicariously through others, the key lesson that was taken away from this time was that I should have respect for myself.

Listening to that voice in my head and not living through others is what should have been taken away. Not getting more and more desperate to hang on to what was bad for me. I should have said no, stopped for a moment and considered that spending money on something that was making me unhappy was silly. I was cutting my nose to spite my face.

The funny thing is that I had already experienced awkward dinners one on one with her Dads. These were awkward as hell and the most I managed was a polite laugh here and there, whilst paying for the experience.

It was like paying someone to kick me in the balls.

It was silly, yet I was desperate to please her that I would have walked naked down the street for approval.

Maybe I should have known better, yet it was no one's fault. This may seem as those I have resentment towards these memories, yet that is not the case. I should have said no.

No one forced me to be there.

No one forced me to continue the awkward silences, broken only by my vain attempts to engage her Dad's in conversation, or when I resigned myself to the corner of the friend's meal. It was not my place to say anything and much like those living through Stockholm syndrome, I resigned myself to 'my place'.

The parental dinners should have been a warning sign. With my fiancee and her family, the conversation does not flow 24/7, yet I can find common ground. We can talk and they can engage with me and I do not feel like a prisoner in a cell, being interrogated by the silent treatment.

The lessons learned from the social distance that her friends granted me have lasted a lifetime. How do you know what you want until you find what you don't. With such a sheltered dating life (due in no part to my extra long hair) I was desperate for affection, desperate for experience.

I would have done anything. Spending money that I did not have in order to impress was a mistake. It was a costly lesson, yet one that I needed to go through in life.

We should all experience new things in life. In the beginning, you will feel like a fish out of water, yet if, two hours later, the only interaction you have is your own imagination and a zombie apocalypse, then get out. Stand up and walk away. Nothing good can come of a one-sided relationship. If you do not pass the friend test, then you will not reach the next stage.

Three weeks on from the friend test and I was living in a city that made no sense. I was broke and on the verge of having the courts being called. I was a victim of my own insecurities, yet from this, I have been made stronger.

I have learned my lessons, which have resulted in finding my true love. Her friends speak to me and she speaks to my friends. It's not perfect and we won't be braiding each other's hair, yet it is a level of social parity that I can accept.

More stories from Ben Shelley and writers in Confessions and other communities.