Confessions of a Serial Shoplifter

I was 14 When I Was Arrested for Shoplifting 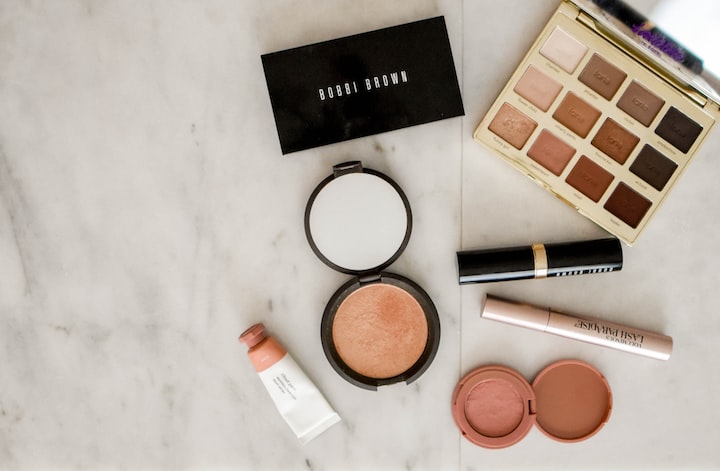 It wasn’t a cell like you see in the movies, it was more of a small room, closet size. It had a bed and a window with bars. I couldn’t see much outside but I was on the ground floor. I sat, my hair wet, wearing clothes I would never own and shivered. The window had a crack in it, letting in the icy cold San Francisco fog. Day turned to night and I wondered if my dad would ever come and get me out.

I had been shoplifting for some time, all of my friends did it. I had one friend whose entire make- up bag contained stolen items. I lived with my dad and as single parent household; we couldn’t afford much beyond the basics. Once or twice a year I visited my mother who lived out of state. She would buy me school clothes and a few other supplies but they didn’t last the whole year. These were the reasons I shoplifted.

I found it thrilling, getting something, I couldn’t afford for nothing. Kind of like how you feel now when you get a great bargain, only scarier because of the risks.

I discovered I could shoplift by accident when I was 9. I had been holding some Hello Kitty pencils for so long as I browsed other items I forgot I still had them in my hand and I walked out of the store. I immediately realized my error, and horrified went back in the store to pay for the pencils.

Years later I thought of how easy that had been and decided to try my luck.

I had a favorite store that was really easy. They didn’t have cameras or even mirrors, their employees were always up front. I only ever took make-up that was small enough to hold in my hand. I’d make my way to the back and walk out of the back doors. Just like when I was younger, if I was called back by a store employee for not paying, I would act surprised as if I had forgotten to purchase the item. My rationale was it had actually happened that way once. Only no one ever saw me do it, I got away with it.

From the back of the store there was a bus stop was just across the street. I knew I was fine as soon as I made it across the street and often the bus would come quickly and I was home free. Sometimes I did it alone, other times I went with my best friend at the time.

I was with my best friend the day I got arrested, or we got arrested. I had some luck with Sears once before. That day I went in the fitting room and put on a hot pink bikini then instead of buying it I put my clothes back and walked out of the dressing room with a few other items that I put away. If only I had stuck to that plan this day.

On the day of my arrest, I made the strategic error to steal make-up. For some reason, maybe because I was with my friend I don’t know, I broke my own rule and I put items in my pockets. There went my careful planning in case I got caught, now there was no way out.

I seriously do not know what was wrong with us that day we acted like we were on a shopping spree. I shouldn’t have had that much confidence in this place, it was a major department store, I knew they had cameras, security. I just didn’t care. We had had too many easy takes at the other store, and it seemed like we were untouchable.

We loaded our pockets like fools and headed out a door, and of course we were confronted by security at once. They brought us up to a tiny room above the store and showed us their camera footage of us, we were caught red handed. One of the guys said he made us for runaways the minute we walked in the store because of our punk rock appearances. He didn’t believe us when we said we were from San Francisco.

We had a very dumb agreement my best friend and I, to never give our real names if we were caught. So, we lied, and we didn’t give them our parents phone numbers. Having no other choice, they called the police.

There were two cops that came but only one talked to us. I don’t know why but he only talked to me, not my friend. He asked what my address was and I lied saying I lived on Haight Street. I really wish I had told the truth. We went in a paddy wagon, down to the Haight. He took me out of the vehicle and asked which place was my house. I carried it out further pointing at a random house and hoping he would let me go. He asked to see me open the door with my key. I took my key out but of course it wouldn’t fit the lock.

If only I had told him the truth, he would have let me go home, and the ordeal that was about to follow would have never happened. Instead, I was handcuffed for all to see in the middle of Haight Street.

First, we went to Park Station and were handcuffed to a bench. Our chance of giving them our parents phone numbers and going home long over, we sat for hours, clearly, I had pissed off the cop.

Finally, they transferred us to Juvenile Hall, where we were processed. They made us take off all of our jewelry, which was considerable. Then made us take a shower using Ivory soap shampoo, I will never forget that smell, I can’t use that soap to this day. We were given clothes that looked like they were donated by teachers. Floral print button down shirts and polyester pants. I dimly remember them saying they didn’t have any inmate clothing for girls.

We gave the woman processing us our parent’s real names and phone numbers. She left to call them. She came back to tell us that my friend’s grandma answered the phone and started crying making my friend feel horrible. My dad had said he would be right there.

We were put in cells, separately but side by side although we learned we could bang on the wall and hear each other. Dinner came, someone opened the little window on my door and asked if I wanted it, I said no. I was too upset to eat. I sat there in my cold, drafty cell, my hair wet, making it even colder.

The door opened and we were brought out to the watch TV with the other inmates. They were all boys wearing orange jumpsuits. They cat called us when we came out. I was terrified, we both were. We barely spoke to one another.

Then the lady who had processed us, came over and told me my dad was there. I was relieved but didn’t want to leave my best friend. I had no choice I was led into a room to change back into my clothes. Then to the front office where my dad was. I got all of my jewelry back, signed a paper and left.

As we were leaving, I saw my best friend’s mom coming in and knew she would be leaving soon. Her mom said something like, “You girls did it this time didn’t you?”. She was not one to judge but the rest of my friend’s family would be. I ended up getting blamed for the whole thing and we weren’t allowed to see each other for the next year.

My dad and I walked to our car, he said he left the minute he got the call not wanting me to be in jail a second longer. He didn’t even punish me he was so afraid for me. Especially when I told him about the boys in there. My mom, who lived in a different state was angry, I got yelled at and she tried to ground me through the phone, but come on.

We ended up having to go to class in a few months and once that was over we were done. At 18 our records were sealed. No one ever knew, until now.

More stories from Jocelyn Joy Thomas and writers in Confessions and other communities.