by L A 3 months ago in Workplace
Report Story 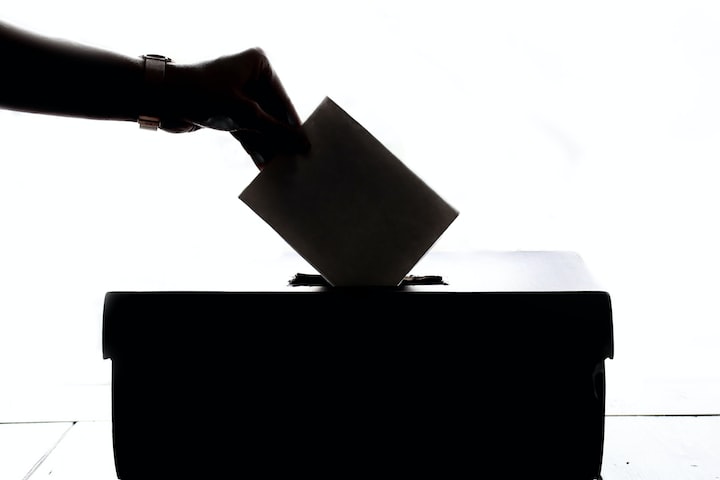 As a driver, I can usually tell what sort of passengers I'm going to get simply by my surroundings. The time frame, the city, the day of the week, any events going on, and even the weather will determine my passenger base. At the point of this story, it was around election time. Tensions were high, and I got a lot of very vocal political customers. Personally, I don't talk politics with others, especially not strangers. It's just a bear trap waiting to snap. I'll nod my head once in a while, give a "Oh, I see" general comment, and if they ask if I agree, I give a vague "It's wonderful that everybody is entitled to their opinion and thoughts." It gives people the sense that I agree with them (whether I do or not for I say the same thing no matter their political view), while still remaining in an upbeat tone. During this time, everybody felt the need to argue their points to their rideshare driver for whatever reason. I didn't mind as long as it didn't get nasty (although sometimes it did with passengers even threatening to kill or do harm to the "other party" which is why I always kept my opinion to myself).

Almost all of my rides that day were driving people to and back from polling locations, some of them loud and some of them quiet. Some came in groups while others required me to drive them back to work, having gone on their lunch break. I had just been summoned to another polling location at what looked like some sort of school or community building. The sign was a bit vague, making me not quite sure, although it appeared to have plenty of rooms and a drop-off loop at the front which is where I pulled in. When in doubt for large buildings, a rideshare driver will usually pull up by the front door.

As I arrived and parked, letting my passenger know that I was there and the car with the light-up rideshare light plastered across their front window for easy identification, I got a message back asking me to meet them "around back." Sure, no problem. Maybe it wasn't somebody voting. Maybe it was somebody working there, and their shift was over. Thus, I roll my car around this massive building only to realize there's no specific door that stands out "around back" but rather many doors with random labels. I respond, asking which door it is they want. They tell me "near the dumpsters." Back and forth I drive over and over again only to realize that there's three locations with dumpsters directly across from doors. One of them, however, was slightly propped open so I go there, parking nearby and putting my four-ways on to let them know I'm by what appears to be a kitchen doorway by the looks of what's inside.

I wait and wait, the timer on the ride share app having just about dwindled down. I contact them again, asking if I'm at the correct door. Once the timer is up, we can leave, assuming the person is a no-show but I try to stay a bit longer if I'm in contact with the person. After all, it was election day so maybe their boss had them do one last thing when they just really wanted to go home. I wasn't sure.

I wait about two minutes past the timer (we don't get paid for continuing to wait), and just as I'm about to leave, the passenger asks where I am. I tell them once more I'm in the back, by the dumpster, by the open door that looks like a kitchen. They respond back asking me to go "where the building sign is" and "you know, by the drop-off loop." Trying to not get annoyed at the passenger, I turn the car around and once more go around the giant building back to the drop-off loop at the front of the building where I had been several minutes ago in the first place, pulling up and telling them that I'm now in the loop.

I get another reply, saying that the passenger is elderly and needs assistance. Alright. That's happened before. Most likely somebody is helping them to text which could be the cause for confusion. I've helped the elderly get in and out of my car, opened and shut doors for them, and put their wheelchairs or walkers or canes in my trunk. No problem. I look around the area, although not too many people are outside as I try to keep my eye out for somebody who looks elderly and may need some assistance so that I don't make them struggle.

As I'm looking around, I get yet another message. The passenger, in fact, is still inside. They want me to park my car and come inside and find them. This makes me pause a moment. My job is not to go inside of buildings, and I'm not supposed to ever leave my car. Helping somebody in and out of a vehicle is one thing but I'm not a caretaker. I raise my hand towards my phone, debating on cancelling at that point. I've already spent a good twenty minutes there of unpaid time, and I'm only getting about $3 for the entire trip as it was, more of which I've already wasted waiting on them. My only hesitation was my moral standing on helping the elderly. Should I cancel and leave it to somebody else? I am just the driver, not supposed to be going inside of buildings and taking care of people. I don't mean to leave anybody helpless but people know that I'm just a driver, not a caretaker. I am not allowed to leave my vehicle while I'm logged into the app. Plus, I have no idea where this person is. Also, it's not my job, and the rideshare app keeps flashing at me, telling me to cancel so I can pick up other passengers who are waiting in line. Should I? Shouldn't I?

I hesitate in my dilemma. Had it been anybody other than an elderly person, I would have cancelled a while ago. As I hesitated, another message came through. They were clarifying their request for me to come inside. The elderly person had been dropped off but didn't understand the voting process. They wanted me (a rideshare driver only) to come inside, find them, EXPLAIN POLITICS TO THEM as well as go over their choices so that they "fully understood" who they were voting for, and then physically assist them in voting before driving them home.

Not only is that illegal but way beyond my job description and pay rate. Elderly or not, I canceled and left. Before I even got out of the parking lot, the request came through again for the same person making the same requests. I had to decline it again only to have it return before I could turn my app off, something which was destroying my acceptance rating. I had to call my rideshare customer service, spend another half hour in the parking lot explaining what the people wanted in order to get them to stop pairing me with the person before I could finally leave to pick up somebody else.

In the end, I spent over an hour of my time, got zero pay, and was asked to perform illegal activities as I drove away with a ruined rideshare score. Ride share drivers are not caretakers, personal assistants, and have no legal rights over another person, elderly or otherwise. We just pick people up and drop them off. That's our entire job.

Although I do hope that she got a chance to vote. Probably should have learned about the candidates before she went to the polling location, though.

In 2nd grade, my teacher kept me after class. I thought I was in trouble. Rather, she told me that she wanted to publish my class assignment which was a 30 page short story. The assignment was one page. I have been writing ever since.

More stories from L A and writers in Confessions and other communities.