Call Him By Your Dad's Name

by Stephanie Van Orman 3 months ago in Dating
Report Story

Unfortunate times men have had the same name. 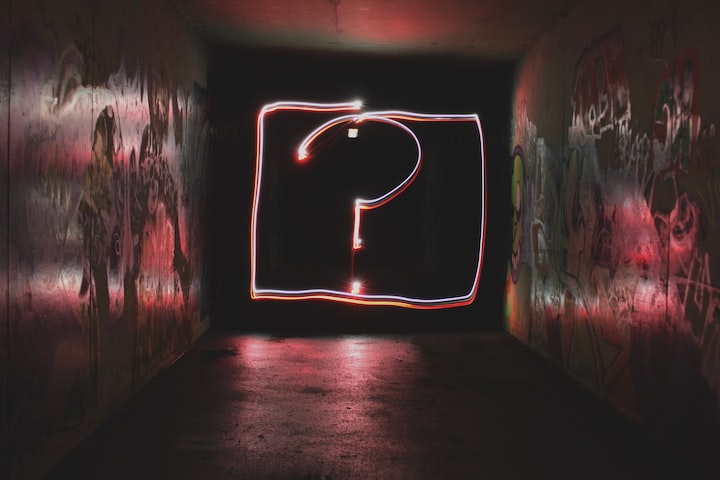 Photo by Emily Morter on Unsplash

One time, I was sitting between two men who were desperately competing for my attention. One of them was a spunky blond with a tongue piercing who had put a lot of energy into his shoes. The other one was a brainy type with glasses. I watched them argue and try to one-up each other for a solid twenty minutes before I turned to Mr. Tongue Piercing and said, "Wanna walk me home?"

Brainy Boy stared at me like he couldn't believe his eyes. Why had I chosen Mr. Tongue Piercing over him?

If you saw me, you'd be confused too. I am a brunette who has as much edge as a spoon. I'm quasi-intellectual with a wide vocabulary and quick wit. If you watched the table from across a crowded room and started placing bets on which of the men I would let walk me home, you probably would have put your money on Brainy Boy.

As I left, I can only imagine what was going through Brainy Boy's mind. "Girls always like the bad boy!", "She probably likes forbidden fruit!", or some such nonsense. And no one ever would have hit upon the truth.

Brainy Boy had the same first name as my father.

It wasn't going to matter if he dazzled me with his brain power. I wasn't going to be moved by his attentiveness. He could have done pushups with me standing on his shoulders and I wouldn't have changed my mind. There was literally nothing he could do to win me over. All I could think of whenever he made a romantic overture toward me on that day or any of the days before was that I could not get together with a man who had the same first name as my father. I would puke and die... and die... and die.

Over the years, I've met a handful of women who are married to men who have the same first name as their fathers and I find this to be utterly insane. How did they get into a frame of mind where they could accept such a thing? I remember being introduced to men and as soon as they said they had the same name as my father (which was a fairly common name), I immediately went cold to them and retreated... or shouted in a hysterical giggle, "That's the same name as my dad!"

His shoulders would slump. "So I can never date you?"

That was why I was so surprised when Brainy Boy phoned me to try to set up a date with me. It had been a while since I'd had such a phone call, and I was so flattered I didn't explain that he was disqualified on entry. In hindsight, I regret that I didn't.

However, that feeling of deep revulsion was completely real and could not be overturned. It's still here. Many years have passed since that day, and my father passed away a long time ago. It's interesting to note that nothing has changed. Just now, I was reading the synopsis for a romance novel and the hero had the same name as my father. I shuddered and clicked away.

So, all those years ago, I walked home with Mr. Tongue Piercing, who thought he had won the lottery. He didn't ask me any questions about why I chose him instead of Brainy Boy. He was not the type of guy to look a gift horse in the mouth, but I felt a little weird about the whole thing. I should have told Brainy Boy why I threw him over. I planned to tell him the next time I saw him, but oddly enough, I never saw him again. I burned his last name into my head and if I ever cross paths with him again, I'll tell him what was going through my mind and why it was never meant to be.

More stories from Stephanie Van Orman and writers in Confessions and other communities.