by Kent Brindley 10 months ago in Teenage years 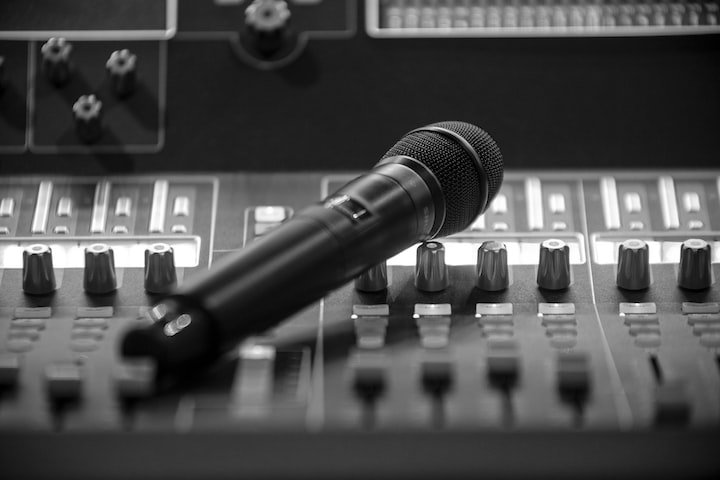 Photo by John Benitez on Unsplash

It started out with mom's copies of Springsteen's "Born In the U.S.A."/"Tunnel of Love" and Tom Petty's "Full Moon Fever." (I was 4 at the time. THOSE tapes weren't even my own; yet, guess who went to all of the trouble of wearing them out). At least when I managed to ruin the Pointer Sisters' "Greatest Hits" or the Fine Young Cannibals's "Raw and the Cooked" cassettes, and, later, "Journey's Greatest Hits," they were my own tapes.

The 80s moved into the 90s and B93 came to West Michigan. Boom; Springsteen, Petty, and all of the rest turned into an obsession with Tim McGraw, Faith Hill, Sammy Kershaw, Collin Raye, and Bryan White. (This was helped along because I had listened to Randy Travis and George Strait sporadically in the 80s when what I enjoyed was rock).

Then, one day, I woke up and had replaced country music with lite rock ("EZ Love Songs," 80s and 90s lite rock, etc.)

I WISH that my musical taste had settled there when Bryan White was replaced by Bryan Adams, or Tim McGraw by Michael Bolton, Collin Raye by Peter Cetera, or Blackhawk by REO Speedwagon/Air Supply/Blessed Union of Souls.

The late 90s arrived and something was in the water down in Orlando. The boy band craze had made its way onto the radio and could not be stopped from reaching West Michigan.

The late 90s; as in when I became a TEENAGER and, therefore, it would begin to make SENSE to be interested in women (I had been kind of interested in women since long before most of my fellow classmates were; and that's the LEAST embarrassing part of this confession).

The middle of Seventh Grade came along and along came a newcomer from Indiana straight to our little slice of Southwest Michigan (I would call her "Crush #1" but, first of all, no she wasn't and there were minor ones BEFORE her; secondly, no matter WHAT type of person she was, she DOES deserve a name. Fair enough; we'll call her.... "Taya" [see "Bachelor."])

She was just attractive enough that she fit right in with the in-crowd of pretty popular girls upon her arrival; as in, the very ones that I had kind of/sort of noticed BEFORE she had even ARRIVED. Yet, SHE tickled my fancy the most.

Three problems: I was the shy, hefty type, she was the pretty, popular type who preferred to be pursued by other popular people, and my lifelong best friend and I were both interested in the same girl at the same time.

Two SOLUTIONS: 90's pop was being populated by BSB and N*Sync and I fancied myself to be a far better vocalist than others heard out of me.

One compromise: Somehow, Mr. Lifelong Best Friend and I arranged it where we serenaded Lady Taya and her gaggle of gal pals TOGETHER during recess breaks (despite BOTH OF US liking one girl and this not leading to backstabbing and personal warfare. THAT is the type of individual that Lifelong BFF was).

Two minor hiccups should have occurred to my 13/14 year old brain: I was using SOMEONE ELSE'S music to impress women; and knowing BSB/N*Sync lyrics was supposed to CONVINCE my classmates that I was INTERESTED in women.

Anyway, three such "performances" stand out as more embarrassing as others...

There my buddy and I were performing for a larger target audience than what we were used to. The tune was "As Long As You Love Me." Every one of our classmates knew this because...

A) It was very popular at the time.

B) The backing tape deck was put on pretty loud/I was being kind of quiet into the microphone.

C) Our classmates were determined that we were LIPSYNCHING.

It was 1999 and Miss Britney Spears was just beginning to "hit" MTV; in a cute little Catholic schoolgirl uniform.

For a drooling, hormone induced, B-Average lad of 15, I was also a realist and aimed LOCALLY for my first MAJOR school-aged crush.

My pursuit of Taya's attention continued. (I was a single teenaged guy; I was still learning the difference between being noticed by GOOD or BAD attention).

After asking her to every single dance, then, upon being turned down as an ESCORT for the full occasion, asking her for ONE dance at said event, "Taya" agreed to allow me to escort her to ONE.

She and her friends were "rewarded" by being snuck out of the cafeteria/dance locale to the high school gym for a "private" performance (today's flavor: "Tearin Up My Heart").

My buddy covered the first verse; we did the chorus.

The SECOND verse came along and...well...was my VOICE going through PUBERTY(/deeply set nerves/a vocal swap with an animated singing RODENT); and NOW of all times??? Was THIS what Peter Brady went through in that one episode of The Bradys???

(I'm no longer positive about the culprit for my changing singing voice back then. To this DAY, if I try to do karaoke before a large enough crowd, my "singing" voice STILL goes uncontrollably up about two octaves more than what I'm accustomed to hearing when I'm singing for Mr. PS4 and "Rockband.")

...Okay; that was my first, and last, "date" (to a school dance; on said school property). My "singing" was NOTHING compared to my lack of suaveness in slow dancing...

Several school dances, and rejections for ONE dance later, I finally got the actual answer as to where my constant pursuit of Taya would lead when one of her gal pals and a mutual acquaintance between us was sent to TELL me so.

The truth didn't sting nearly as much as I thought it would.

Anyway, THAT wasn't my last embarrassing pop performance EITHER...

My best buddy and performing partner were on a very familiar stage AGAIN.

We were towering over our assembled classmates.

We'd been here BEFORE (besides, THIS TIME, the backing music on the CD was MUCH softer so as to not actually OUTHOLLER us and present a misconception). Besides, I was no longer AS concerned whether Taya's approval in particular would be forthcoming (however, I was ALWAYS a little concerned as to how my PEERS IN GENERAL viewed me).

Anyway, we were in far better shape this year than last. So, by all means, "tell me why" this time should be so embarrassing in hindsight...

Ain't nothing but a heartbreak!

Ain't nothing but a mistake; tell me why...

I never WANNA HEAR YOU SAY;

I want it that way."

Okay, since that time, I'm (obviously) 22 years older than I was back then and should have burned those tapes/CDs, or left that taste in music behind me altogether, or be married with a family by now.

...Sold said CDs (now that they're ON MY COMPUTER), kind of/sort of as I don't seek these songs on THE RADIO anymore (apparently, Hair Metal, and the Power Ballads that came WITH it, are LESS embarrassing), and...no, that hasn't happened for me yet.

I WILL listen to all of my old favorite music for old time's sake; I'll even still vocalize along for my own computer. I'll even reminisce about a past left behind me as a song gets cued up (not even necessarily BSB or N*Sync. Remember someone ELSE called Richard Marx, or Peter Cetera, or Bryan Adams, or Journey?)

Anyway, the fact that I can still listen to this music today, write about this now, and even chuckle at my own naivety as I do so are the true testaments that middle school humiliation doesn't last forever.

...and Taya? ...Any FOLLOWING Crush (none of whom worked out either) were far kinder to me as friends anyway.

Thanks for reading; enjoy a polite chuckle or two; THAT'S okay. And always remember, we've ALL been through embarrassing moments (it takes a proud few to ADMIT to them).

I always appreciate the support**.

Read next: It was just a box