A brief, embarrassing tale about the lengths humans will go to for self-gratification. 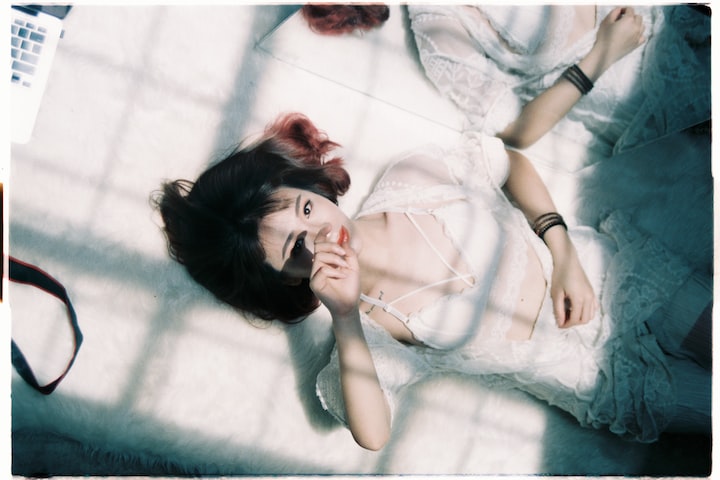 Photo by Shamin on Unsplash

I've been debating on which story I should share for this subject: should I share the time I accidentally texted my cousin a nude picture of myself? No, too short. What about the time my boyfriend and I were caught making love in a field by police officers? No, that one just doesn't have as much substance. How I fumbled my first kiss? Meh, not worth the explanation. The time that I said that thing to that guy? No, also too short--and it isn't even that embarrassing, in retrospect...

Let's start this baby off with some facts: I recently came out as genderfluid, but at the time that this incident took place--I was only eighteen--I identified as my biological sex, which is female. I lived with my mother and our chihuahua, Dewar's, in a suburban city, and we had no internet. My entertainment primarily consisted of cable television, movies on DVDs or VHS tapes, reading, texting my friends, and writing. Since we were without the finer things, I was especially bored on this particular afternoon. I had finished my chores--dog walked, sink empty of dirty dishes, house relatively picked up--so I decided to relax in the only way I really knew how.

Do not ask me why my idiotic eighteen-year-old self thought that it would be a good idea to start fooling around in the living room. I guess I had convinced myself that my mother wouldn't be home for awhile, and I would hear her car approaching. So, I slid down my pants and went at it.

After a few minutes of sexting my boyfriend and building up my internal tension, I heard a car door slam in the driveway. I peeked out the window in time to see my mom make a beeline for the front door, which was right next to me.

I freaked out, hopped up--dropping my phone in the process--and hurriedly pulled my underwear and jeans back up in one swift motion. My upper-body spun around, but my legs didn't move fast enough--

At first, there was a sharp pain, followed by nothing. I fell to the tile floor beneath the sofa and the coffee table just as my mother walked in. It was her turn to freak out; she asked me what had happened, but all I could say was that I couldn't walk and that it hurt to move my knee. I had never broken a bone before, so I had no point of reference. Panicking, she called nine-one-one, and I took advantage of her distracted state to zip up my jeans and fasten the button.

Eventually, the pain brought me to a higher plane of euphoria that I had not previously experienced. I was unnecessarily giddy with laughter, cackling to the point of further worrying my poor, distressed mother. We stayed like that for a few minutes--my mother, upset and hovering over me, who was bubbling over with giggles. Imagine that in your mind for just a moment.

Now imagine walking in on that scene as a paramedic.

"Can you tell us what happened?"

"Where does it hurt?"

"Are you hurt anywhere else?"

They slid our hefty wooden coffee table to the side and knelt beside me to inspect my leg. My favorite jeans were slim-fit, so rolling the leg up was not an option. The paramedics decided the best course of action was to cut a slit along my leg in order to freely survey my injury. They couldn't discern whether it was a break or something else, so they suggested that they take me to the hospital for an X-ray.

I can't exactly recall how they managed to get me on the stretcher without causing me too much pain--it's not that they didn't appear strong, but rather that I've always been a heavy-set girl. Nevertheless, they placed me on the stretcher, fastened me to the board with straps, and were in the process of wheeling me out of my home when the pain returned in waves. It occurred whenever the straps put pressure on my affected leg. The pressure and pain mounted, and I let out a shaky gasp as I felt a pop.

My knee had merely been dislocated, and the strain from the straps forced it back into place.

I apologized to the technicians for wasting their time with a non-emergency and thanked them for coming out. They and my mother all agreed that it was a far better outcome than a broken bone.

After fifteen minutes of EMT-mandated rest, I took Dewy for a walk, eager to be on my feet. Upon my return, my mom asked me how I had managed to dislocate my own knee while home alone. My answer? The truth: I was in the living room when her arrival surprised me so much that I spun around on the spot, and my action was so fast that my leg couldn't keep up. While skeptical, she accepted my answer and left it at that.

He didn't believe me.

More stories from Natasha Penn and writers in Confessions and other communities.