by Shea Keating 3 months ago in Secrets 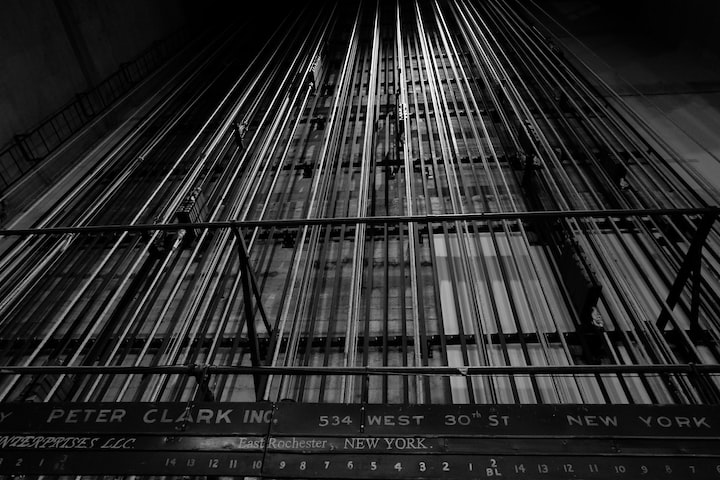 Photo by Diego Fernandez on Unsplash

I see him standing across the room like a cliché, only we aren’t at a dimly-lit bar and this isn’t a romantic comedy. I know going into this that our story, if we even get one, has no happy ending. Given that I am entering into something with the unintentional (but no less inevitable) consequence of destroying something else, given that I am using the skills I have to achieve what I want, given that I have repeatedly damned the consequences, I know full well that karma will eat me alive by the end.

He climbs the stairs alone as everyone leaves. I follow, without asking myself why. I don’t want to examine that impulse too closely; I might not like what I discover.

He tells me about her, the last thing in the universe I’d ever want to hear about. Since I’m chasing something, since I am selfish and stubborn, since I am projecting a very specific attitude, since I never did much like rules, I let him. You can say anything to me, I tell him, which is an offer I will come to regret.

I’m supposed to hate her, I know. I even try. I think of her as the Queen in hopes that it will distance her from me. I want to hate her, but the truth is I hope to be her. Someday much too soon there will be another woman wanting to be me, and he will let her, just as he’s letting me. Because that’s who he is.

I realize that, in this moment, I am thinking more about the woman who will shove me out than I am about the one I’m shoving, and then I wonder what that says about me.

I don’t quite start this thing between us; I go only as far as I can deny responsibility for. Part of me knows I will need to, at some point, so even now I protect myself as well as I can. My conscience will tug at my sleeve later, but for now I ignore it and step right up to that line. He’s the one, though, who crosses it. I cling to that point even now, like it’s a pardon that will absolve me of all the sins that followed.

I feel my heart speed up as he moves toward me, and suddenly I am on the brink of something both terrible and beautiful, and all I have to do is step into it, but I don’t. I wait, because power is the only thing I can pretend to have, and I won’t give him that too.

He stares at me and there is an endless pause. He’s beautiful, I think, and wonder when exactly I noticed.

“I can’t stay away from you,” he says. I don’t say I know, or please don’t, or any other honest reply. I know already that honesty will not be one of our privileges. Given what we’re doing, what we’re about to do, what’s to come, I think somehow we don’t deserve the peace that comes from honesty. I wait.

Then I’m in his arms and it feels too familiar, too much like home, too much of too many things I wanted. I hear that alarm bell ringing, the one that says I will suffer for this later, and I ignore it because I want this moment to myself. This moment that I can never share with anyone else. He’s here, it’s ours, and for now that’s enough. We are an earthquake, two intense bodies along a fault line, knowing that our touches are destroying things but also that we are both forces of nature who cannot stop.

I want all of him, but I’m supposed to be grateful for this one small piece. I accept far less than I probably deserve. I deserve nothing, because he isn’t mine. I am stealing, and therefore do not get to be happy.

We have an impossible existence that we both know is doomed to go down in flames. We keep that feeling buried when we’re together, but are drowned in it when we’re apart.

When we leave for the day, I wonder which of us will be the first to regret what we’ve done.

I get my answer when he refuses to meet my eyes, but it still stings.

Receive stories by Shea Keating in your feed
Shea Keating
Read next: This is Why