by Lisa Pulliam 9 months ago in Dating 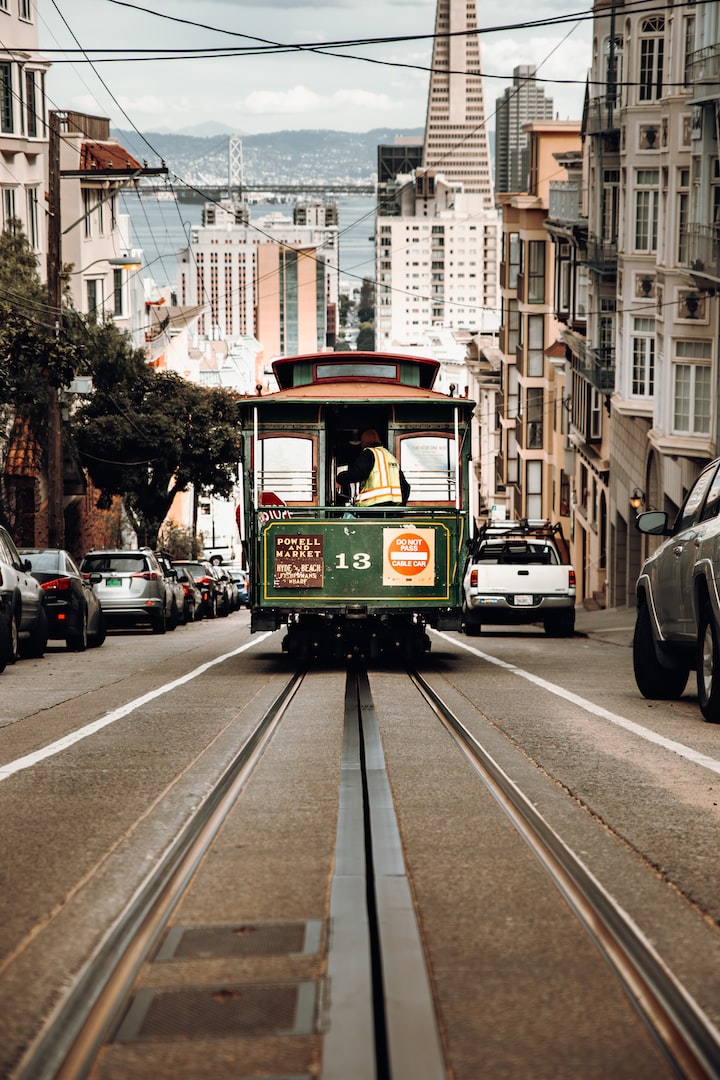 Sometimes when you say yes, you don't know what you're saying yes to. I personally believe in dotting my i's and crossing my t's. But not everyone lives such a cautious life. ﻿

After my first divorce at 35, I decided to join the dating app world because, in foggy San Francisco, everyone seems too busy to meet in real life anymore. I tried OkCupid and was met with insipidly short conversations. And offers of sex in more weird ways than I can describe here… There were the run-ins with odd photos on Zoosk and very few interactions. I was sharing my woes over a glass of chardonnay with my best friend, and she invited me to try a new app called Adventures in Dating. She had tried their group Meet-Up, which featured an obstacle run and dinner. She also told me they had other activities.

The company promised the most memorable and potentially the last date of your life. I figured trying it has to be better than texting back and forth for weeks only to meet the person and find out that we have mutual repulsion instead of attraction.

It was time to throw caution to the wind and try Adventures in Dating. I was not into obstacles, and in my research, I found out that they had high wire adventures, low-level adventures, and social awareness while adventuring. I was intrigued by the last category because I was afraid of heights, didn't like crawling through caves or rappelling, and the last one was mysterious.

As I read through the agreements of the service, I saw the typical commentary of WE ARE NOT RESPONSIBLE IF YOU ARE INJURED OR EXPERIENCE STRESS, and in the middle of the safety and protection section, there was a code word of Merlot. I found this detail to be curious and made a mental note of it. I wondered under what circumstances would I need this and what exactly would happen. Since they said they would not intentionally harm any participant, I thought the organization must be fairly safe. And my intrigue deepened. Lastly, they recommended wearing clothing that was comfortable for running... yet stylish.﻿

After the waiver was signed, I received instructions to run down to the corner of Powell and Pacific the following Saturday. It was a cool and foggy day, and the sun was setting. There was a cable car to my left rolling down the hill. On the cable car, some woman was yelling for help. She was dressed as a clown, so I couldn't tell if it was a performance piece or if she actually needed help. Across the street, I saw a man with a beat-up jacket and baseball cap. He flipped a white sign around with the adventure dating company logo, and below it said: "Adventure is Following Me." I go to follow him, and he throws his backpack to the ground and runs. I ran after him and chose to leave the bag behind because it deflated like a balloon, so I assumed there was nothing in it. I wondered if you lose the guy, do you also lose the date. And is the person I am chasing the date or leading me to the date.

I turned the corner, and my nose was filled with the smell of Chinese food from that one restaurant in Chinatown. He ducked quickly down an alley, and I barely caught the fact that he opened a back door about three buildings down. My heart was racing, and I had to remind myself I would not get intentionally hurt. I might have accidentally tripped, but that's a different story. The door that I saw was white, so I ran down the alley of beige-looking buildings to find it. I opened the door, and I heard his footsteps down the corridor. He stopped, looked over his shoulder, and opened the door. I ducked in what I thought was time to avoid being caught. Then I slowly walked away and open the door.

Inside the room were a beautiful place dinner setting with two glasses of red wine, flowers, votive candles, and two plates of spaghetti. I stopped and looked up. He had taken off the jacket and baseball cap. He was really quite handsome. He pulled the chair out and said that it was nice to meet me. I felt flushed because I found myself attracted to him and wanting to know more about him. He was open with me and told me he had traveled around the world. His favorite adventures included training as a Spartan warrior in Rome, riding a bike across the Great Wall of China, and ice skating in Rockefeller Center. I was silent for most of the dinner and shared small tidbits of where I want to travel or go. Very softly, he says maybe we can go to some of those places together. He has been searching for a smart, adventurous, and caring woman. She would be the kind of person who would do anything to protect or save another person. I was left wondering if I was this kind of woman. I hadn't really faced any circumstance that I was aware of that would tell me if I am willing to protect another person.

His Australian accent was memorizing and warming. The cherry-flavored Merlot leaves my thoughts a little fuzzy. I find myself enjoying his company which is abruptly interrupted by him yelling and cussing. I turn around to see why he is so angry, and I see that another woman has entered the room. She had said nothing but seems to be wanting to warn me of danger. I begin to wonder if I should try to help her out. He marches over to her and tells her that she should leave immediately. He apologizes for his abrupt change in behavior. He seems instantly composed as he offers to pour me another glass. I paused and nodded my head slowly as I was not sure if I should have trusted him or ran away. It seemed like it may have been time to slow down and sober up. But then again, appearing drunk might have been an advantageous move.

I closed my eyes slowly, and he said there is plenty of room for me to stay the night. I moved my head slowly to say that seemed like a good idea. He guided me to the right, left, and it looked like we were going around in circles. I was wondering if all of this was meant to confuse me. I decided to try and find her. Since I was not sure what's going on, I chose to wait it out so he wouldn't suspect that I was trying to investigate the situation more closely. I set a timer for 30 minutes to try to find her.

I wandered back the way I remembered coming from the main room. I headed towards the left side of the building, where I saw her come from. When I found her, I asked if she was ok and if she wanted to leave this place? She looked terrified. Something on her face indicated someone might be behind me. I then turned around and saw a stranger holding an axe. In defense, I took the side of my foot to hook behind his knee. This caused him to fall down. I grabbed her hand, but she pulled back. She said she was worried about the others. She begged me to go and find them with her. She guided me down a hall and to a room that was set up like a giant prison cell. In the cell, much to my surprise was the clown from earlier that day. The man from dinner slowly walked up and said, "tell me the code word, and you can go."﻿

I looked at him incredulously. I could not believe this was all a part of the adventure. I tell him the code word, "Merlot."

As I finished unlocking the cages to a resounding cheer of appreciation my date appeared again, apologized for the axe incident, and asked if I wanted to go get a drink at a nearby bar. "You seem up to doing anything to protect or save another person. Then he smiled brightly and said, "I'd love to get to know you a little better!!"

I love making fun of my emotions, feelings, and thoughts in short form writing such as songs and illustrations. I would like to write longer and more explorative pieces for others to read.

Read next: Creator of Chaos