A Hike, Some Cheese, and a bottle of Merlot

by Bella Cooper 4 months ago in Dating

I lied to impress a guy, and now I get to stew in that lie until I get the nerve up to tell the truth and hope he won't hate me. 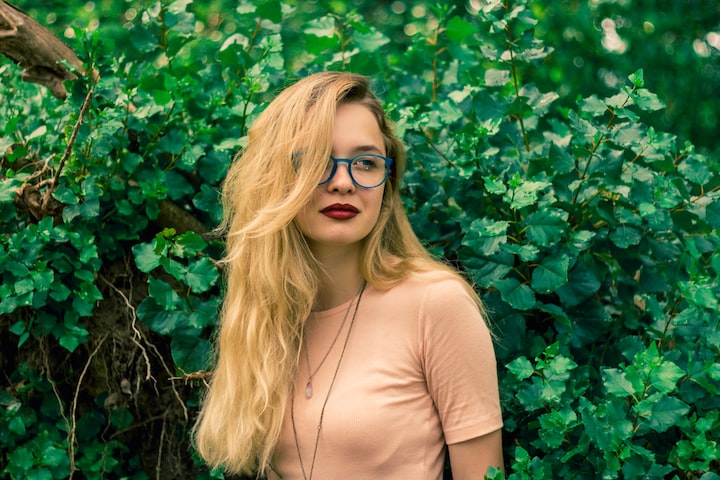 Photo by Max Ilienerwise on Unsplash

The drive up from San Jose was very long. We didn’t have a lot to say. Well, I didn’t, anyway. I think he’s been trying to give me time. Time to hang myself because I am a big liar. Then, it started to rain, which was fabulous because I didn’t bring a coat. What am I doing? He’s not my type, I tell myself. Another lie. But none of this is much help now that we are on our way to Napa to check out a winery he thought I would love.

“We are almost there,” he said as we passed an exit sign. “We can eat lunch first. It rains up here all the time, I’m sure it will pass.”

It’s the sort of reassuring thing a guy like him would say. He’s a dream. My roommate dated him for a few weeks. She has a scorched earth policy when it comes to men. It was fine until she told me she was breaking up with him. I panicked. I wanted to say something witty and charming, and then he would see I was into him. I stood there in the kitchen and lied.

“Yeah, pretty soon.” I looked at the bottle of wine he had brought.

“I love Merlot,” came flying out of my mouth.

“Really, do you have a favorite vineyard or year?” he said. Oh shit, my ruse was about to be discovered, but thankfully just then my roommate came in.

“Wine, oooh, red wine. Must be a special occasion,” she shot a look at me. “You didn’t get the message, I guess. Or you came by to seduce my roommate?”

“I got the message, I thought we could talk,” he said.

“No... Why are you doing this?” he asked, and in a few more volleys the discourse was over. My roommate left the room, and I stood with him awkwardly. He sighed and looked at the bottle.

“Why don’t you keep it, since you like Merlot,” he said.

“Sure,” was all that came out. I picked up the wine and looked at the label, the year, the title, and watched him leave.

A week later he called and asked me to go to Napa with him. So here I am, feeling like a fraud. How could he be interested in me? I was just the rebound. But I liked him, so stupidly I went.

We had planned to tour the winery, eat some pizza, and take a short hike to a scenic overlook. But when we pulled in, two tour buses showed up and a stream of people drained out and took the place over.

“Well, this is fabulous,” he said.

The restaurant was overrun. So was the tasting room, and it looked like they would be for about two hours. We looked at the cheese tray options and the tiniest cheese tray cost twenty-five dollars.

“Oh, no way that’s too expensive. You can just take me to McDonald’s,” I told him.

“You only live once. Right? We can take the wine and the cheese on the hike. Looks like the rain stopped,” he suggested. He smiled and once again I nodded like an idiot.

“Yeah, Ok. I have the hiking boots on,” I said and cursed myself that I had told him during our week long texts that I loved hiking. So off we went with expensive cheese and a wine.

The hike was steep, and the so-called path was dirt. It wasn’t super wet, but this was not what I had envisioned when I looked this up. He held wet branches back, and I trudged on. The whole way I should have come clean and told him. I am not a hiking fan, I have never had wine, and I had no idea what the hell I was doing.

“Ok, another few yards,” he said. My shoulder slumped, I didn’t want to take another step. “Come on, the view will be worth it.” He swept me off my feet and carried me a lot further than I think he expected. I got a little heavy, but finally we made it to the top and he set me down.

I looked out over the valley. A stand of trees thirty feet tall totally obscured any chance at a view. Then it started to rain, hard. Suddenly it was a wet t-shirt contest for the both of us. I looked at him and I laughed my head off. So did he.

“Cheese?” He asked, and I walked to him and gave him a hug.

“I hate cheese, it makes me fart,” I said. He chuckled. “And I know nothing about wine.”

“Well, the farting is new but the wine yeah. Merlot is a heavier red, usually goes good with steak. I think in a week you would have mentioned it. And I suspect you have never hiked in your life either,” he said.

I looked at the stand of trees. “I wonder what happened. I guess it’s been a while for all those trees to grow. Too bad that we can’t see anything, it looked beautiful in the pictures.”

“It’s still a beautiful view,” he said. I was a mess, we were soaked. But that was the moment I realized I was with the man of my dreams. I kissed him and he kissed me back.

Merlot, it seems, is an acquired taste. I tasted some at the winery and I hated it. He took me to McDonald’s back in Napa. Turns out he knew the end was coming with my roommate, but kept dating her, trying to find a non-creepy way to ask me out. I suggested we not go home just yet, and we got a room at a local bed-and-breakfast.

We took a shower together, got into bed and watched TV. He was the big spoon, and I just loved the feel of us together, just watching TV like an old married couple. When we finally did make love, it was like I had been meant for him since the beginning of time. I would have married him on the spot, but I waited. He asked. Next year, we are going back to Napa to get married.

I am still friends with my old roommate, she’s my maid of honor. I still have that stupid bottle of Merlot too. It will probably sit until it turns to vinegar. But that bottle of Merlot is my favorite of all. It brought me the sweetest love of my life.

Writer of stories that Are sometimes Dramatic, sometimes NSFW. I like to write alt-marriage stories but also romance, sexy sci-fi, mystery and fantasy.

See my other work at Https://www.bellacooperbooks.com

See all posts by Bella Cooper →