by emmet solomon 2 months ago in football
Report Story 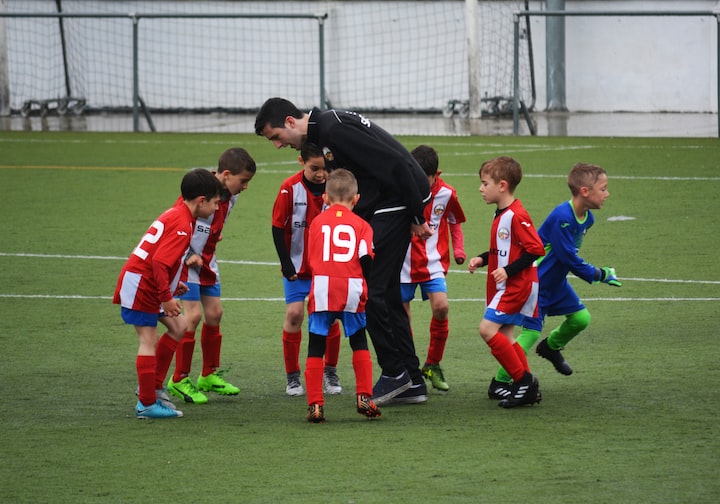 By Chen Yong On July 10, Xinta Primary School won the girls' A and B group championships and was named the best player, best scorer, and best goalkeeper in the 7th "Mayor's Cup" Youth School Football League in Suzhou, China. On August 22nd, Xinta Elementary School won the Girls' Group B Championship and the Girls' Group A Runner-up in the "Mayor's Cup" Youth Football League.

In this year's Jiangsu Provincial Games, Xinta Primary School sent six students to represent the three Suzhou girls' soccer teams: Zhao Siqing and Gao Yuan in the U13 category, Wu Wanting and Xu Ziyan in the U12 category, and Zhu Yuan and Gao Jianjia in the U11 and U10 categories.

This rural elementary school, located at the border of Jiangsu, Zhejiang, and Shanghai, has been consistently playing soccer for the past 30 years, and soccer has become a shining calling card of this school.

In 2015, when Yuan Yunmei started as principal of Xinta Elementary School, the school had just been named a National School Soccer Special School, a result of the efforts of Principal Tang Xue Rong and Sun Hailong School. And for the next seven years or so, soccer became one of Yuan Yunmei's main focuses.

The development of campus soccer at Xinta Primary School emphasizes both popularization and improvement. In terms of popularization, a soccer team was established in each class for all students, and annual competitions such as the "Principal's Cup" class league and grade level challenges were organized to achieve the goal of "everyone participates, every class has a team, and soccer competitions are held every year".

In terms of improvement, Xinta Elementary School has made great efforts to build up its girls' soccer team through the development of school soccer in Suzhou and the characteristics of township elementary schools, due to the limitations of funds, venues, and coaches. Currently, Xinta Primary School has three school-level girls' soccer training teams, corresponding to grades 5 and 6 (Group A), 3 and 4 (Group B) and grades 1 and 2 (echelon), with three professional coaches each in charge of one team.

At Xinta Primary School, they had a cordial exchange with the children, encouraging them to play well and study well at the same time, to be united on the pitch, to be more observant, and to think more. The team also watched the women's football team training and was impressed by the enthusiasm and good technical skills of the children.

What was also impressive was the school's soccer park.

"Our school is an experimental school of Tao Xingzhi Research Association, which has always adhered to the philosophy of fitness, nurturing, and strengthening the nation. Adhering to Tao Xingzhi's educational philosophy of 'health first, sunshine mentality, team consciousness and the spirit of challenge is what Xinta Primary School has always insisted on and pursued. School soccer, not only is physical fitness, but also nurturing people, and we hope more than anything to contribute a little to make China a strong soccer nation through our little efforts." Principal Yuan Yunmei said.

In the current Chinese women's soccer team, left-back Li Mengwen comes from Suzhou, where she made her debut in the second round of the Olympic qualifying playoffs. She just joined Paris Women's Football team and just made her Women's Champions League debut in the early morning hours of September 22nd Beijing time.

Li Mengwen, who was recruited by Wang Jianjun, the soccer coach of Suzhou Sports School in 2006, won the Sunshine Sports League for elementary school students in Wujiang District.

Zhao Siqing, from Xinta Town, Wujiang, Suzhou, was present at the Olympic qualifying play-off match in Suzhou, where the Chinese women's soccer team eliminated South Korea to advance to the Olympic Games, which left a deep impression on Zhao Siqing and inspired more school soccer players in Suzhou.

He Wei and Ouyi Yao, who were trained by Xinta Elementary School, are currently the main players of the Jiangsu women's soccer team. Zhou Xinyu, who is a member of the national youth team and a member of the Chinese League One Yongchuan Chashan Zhuhai team, just recently scored a free kick and is also regarded as a promising star of Chinese women's football. And more female soccer players from Xinta Primary School are on their way to growing up.

In 2022, Zhao Siqing also won the Jiangsu Provincial Games on behalf of the Suzhou U13 team, and six Xinta Elementary School girls' soccer players won three divisions. "This is not the first time we won the provincial games; in 2018, nine of our girls won two divisions." Chen Xiaoming, the school's vice principal in charge of sports, told reporters.

The girls' soccer coach, Gan Yongming, who is also the head coach of the school, said, "The momentum of Suzhou girls' soccer is very good now, more and more schools are paying attention to soccer and school soccer is getting better and better. But I think it's a good thing because the fierce competition also means that the ability of the young players goes up."

Life always leaves us bruised and battered, but later on, those bruised places will definitely turn out to be our strongest.

More stories from emmet solomon and writers in Cleats and other communities.