Me Lou played all the friendly games 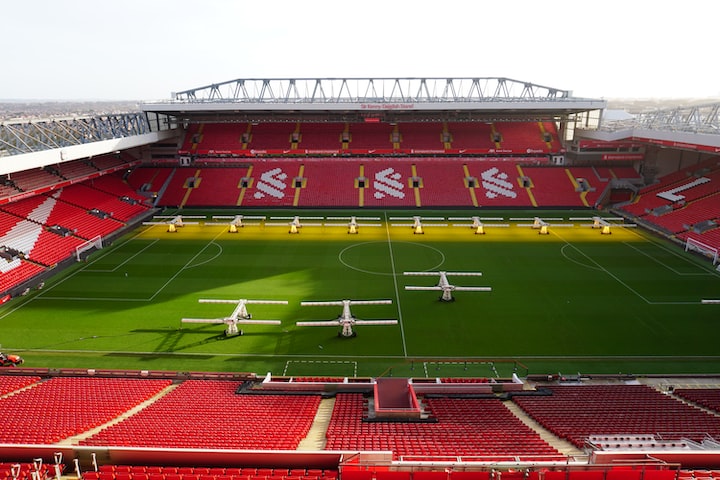 Photo by Trung Tran on Unsplash

In the early morning of June 6, Beijing time, in a friendly match between Argentina and Estonia, the Argentine team, which just won the "European and American Champions Super Cup", battered its opponents 5-0 - and all five goals were scored by the superstar Lionel Mess alone, which is also the second time in his career and the first time in the national team that Mess has achieved "five goals" in a single match. This is the second time in his career, in the national team for the first time in a single game to achieve the "five sons"!

This is the second time in his career that Mess has scored five goals in a single match for the first time in his national team.

In the history of the Argentine team, only two people, Mazzini and Moreno, respectively in 1941 and 1942, were in the game against Ecuador, to achieve the "unique five" - Mess, after 80 years, became the Argentine national team "The first person to score five goals!

The first time in Mess's career that he achieved "five goals" was against Severeness in 2012 for Barcelona.

Mess faced the European underdogs Estonia, five goals can be described as a variety of ways, including a penalty, a pick-up shot, a single shot, a world-wave long-range shot, a "criminal cross" past the goalkeeper into the open goal ...... In addition to the first penalty, there are Two goals were scored just 2 minutes apart, and the other two were only 5 minutes apart.

At the same time the European national team friendly match converted into the "UFA Cup" match, Portugal also 4-0 victory over Switzerland, in which C Lou also achieved the second goal.

To know, now Mess 35 years old, and C Lou is 37 years old, but the two can still have such a good performance, have to be sighed: "Lina Po is old, but still able to eat!"

Or it can be said that the "More era" of the remaining power is still there, and people expect the "Ha (Rand) M (Appease)" era, in fact, is still temporarily suppressed by the "More era"!

Some people may "pick bones in the eggs", think that Me Lou play are friendly games, especially Argentina's opponent, but 100 outside of Estonia - but imagine: even in Mapper mouth of "soccer is stronger But imagine: even in the "stronger football" Europe, as Mapper calls it, how many people can win a single match against the weakest people in Europe, such as Estonia, Azerbaijan, Lithuania, Faeroe Islands, San Marion, Andorra, etc.?

As a Chinese fan, I don't know much about the attitude of foreign fans towards Mel - but in our case, it seems that many fans of Mess or Crosby have become two opposing factions, which is a very unique phenomenon in the football world, right?

And those "people fans" nature of entertainment fans, is the More as a star of entertainment, as their "idol worship" of the object - these people are really concerned about They rarely even get up in the middle of the night and stay up so late to watch Mel's live matches, they can watch the game highlights, are considered half of the fans.

Of course, this may be related to the fact that we have just entered the era of rapid development of market economy and market culture, and the fan culture and idol culture shaped by the market economy is not yet complete and mature.

In addition, the current era of change, most of the young people are experiencing the great changes of the times, the pursuit of life, there will be one or more problems and difficulties, so these young people are more likely to put their spiritual world on the stars - the success of the stars, fictionalized into their own success, in order to achieve the effect of temporary spiritual comfort. That's why they will be the superstar of the soccer world, Cairo or Mess, also to take over as entertainment idol worship.

So, the "rice circle culture" in the set of bad behavior, will also be copied to the "More" idol worship, then the Chinese More fans tear each other's phenomenon, will also be so happy, sickening!

Of course, in the far East, these so-called "More fans" who tear each other up day after day, year after year, do you really think that More will know: there is such a strange group of creatures as you exist? --If you really like Mel, get up in the middle of the night and watch a good "five sons" play, how wonderful!

I like group sports because it is the reason I understand the importance of cooperation.

More stories from De Liana and writers in Cleats and other communities.