Biggest Soccer Scandals of All Time

by Taylor Markarian 2 years ago in celebrities

You may consider yourself a soccer fan, but do you know what the biggest soccer scandals of all time are?

Soccer (or football, internationally) is the most popular sport in the world. As such, it has a long, complex history, wrought with scandals and controversies from the Premier League to the FIFA World Cup. From game tampering all the way to murder, these are some of the biggest soccer scandals of all time.

The FIFA Corruption Scandal of 2015 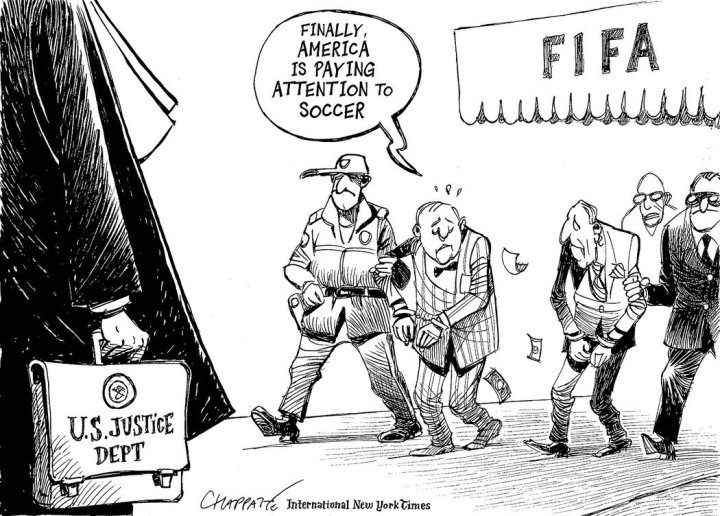 Corruption and bribery have long been intertwined with international football because of its popularity and profitability. The sport's biggest scandal occurred in 2015, when 14 former and current (to the time) FIFA officials were arrested by the FBI on racketeering charges.

The world football organization was accused of taking bribes of more than $100 million from nations who wanted to host the World Cup, and using US bank accounts to complete the transactions.

When the organization that governs world football corrupts the game, how is anyone else expected to follow the rules?

The Calciopoli Referee Scandal of 2006

Every sports fan knows that even one bad call by a referee can change the entire outcome of a game. That is why when it was discovered in 2006 that a handful of Italian teams were selecting refs who would call games in their favor, it ended up being one of the biggest soccer scandals in the history of the sport.

While several teams were involved in the scandal and guilty of using certain refs to influence the outcome of games, the most notable Italian team was Juventus, who got knocked down from Serie A to Serie B as a result. They were also stripped of the titles they had won because of this scandal. 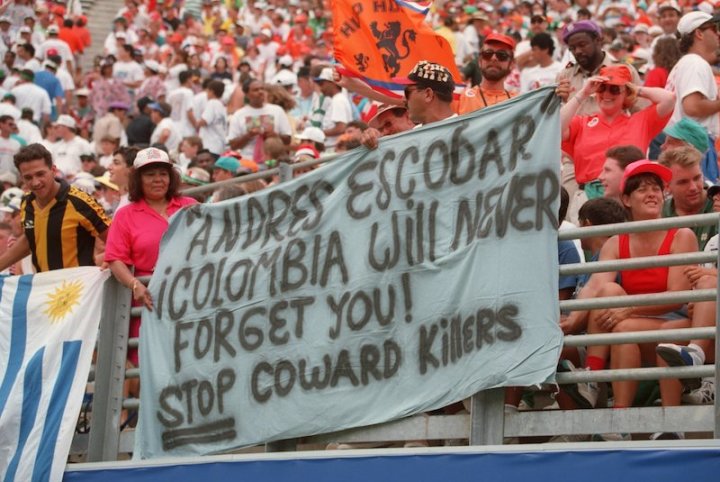 Soccer isn't just a sport, but part of the larger culture in virtually every other country besides the US. (Still, US affection for the game is on the rise.) This is part of what made the 1994 World Cup match between the US and Colombia so devastating; losing to the US was an incredible embarrassment.

Under usual circumstances, Colombia would probably have won the game, but due to defender Andrés Escobar's "accidental" goal on his own team's keeper, the team was out of sorts from the get-go. Yes, we put that word in quotes because there are numerous theories that it might not have been an accident, but a bribed move by an organized crime group who had betting interest in the game.

Whatever the explanation behind his own goal, Escobar's error upset not only his team, but his entire country. Shortly after the blunder, Escobar was shot six times and subsequently died.

The Nigerian Age Fraud of 2009

Age fraud is not a problem unique to women's gymnastics. It has been one of the biggest soccer scandals in football—especially for Nigeria—for years.

Throughout the years, Nigeria has committed age fraud across the board in their sports, from Champions League teams to Olympic athletes. Perhaps the most well-known incident was the 2009 Under-17 World Cup, when half the team was found out to be much older than they had said they were. Older, more experienced players give a team more of a winning advantage, and is therefore taken very seriously.

Nigeria has had a track record of committing age fraud for decades—at the very at least since the 1998 Olympics. 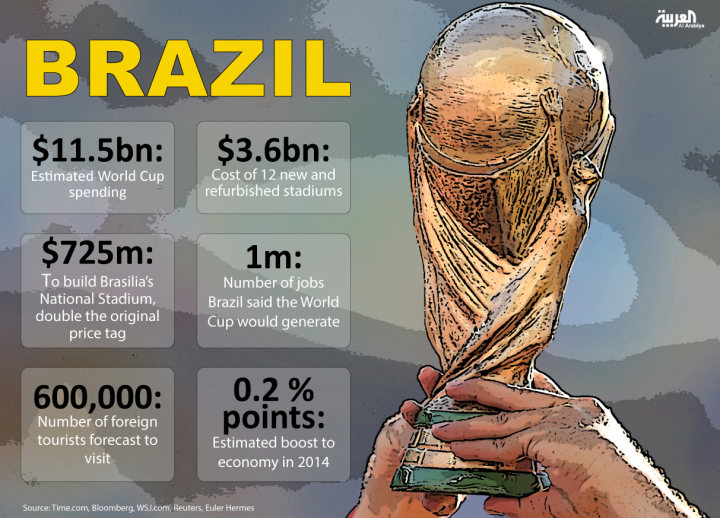 The most recent FIFA World Cup occurred in 2014 and took place in Brazil. In order to host the international event, money had to be spent on stadium construction, living quarters, and more. That in itself is no scandal. However, the billions of dollars spent on the project was.

Brazilian politicians were amongst those who provided financial funds for the insanely costly building project, which is scandalous for two reasons:

The name of one of the biggest soccer scandals in history sounds ridiculous, but "Chicken-Gate" was a serious controversy in 2011. Before the 2011 Gold Cup, Mexico's players were drug tested and five of them failed to turn up clean. The drug present? Clenbuterol.

Clenbuterol can be used as a performance enhancement drug as it has the ability to turn whatever calories one takes in to muscle instead of fat. However, it has also been injected into cattle, which is why the results of this drug test were controversial. The players involved in the scandal claimed that they had failed the drug test as a result of having eaten bad meat.

After that, it was found that the majority of the players in the Under-17 World Cup tested positive for the same drug. So was this a public health epidemic or a convenient excuse for doping? 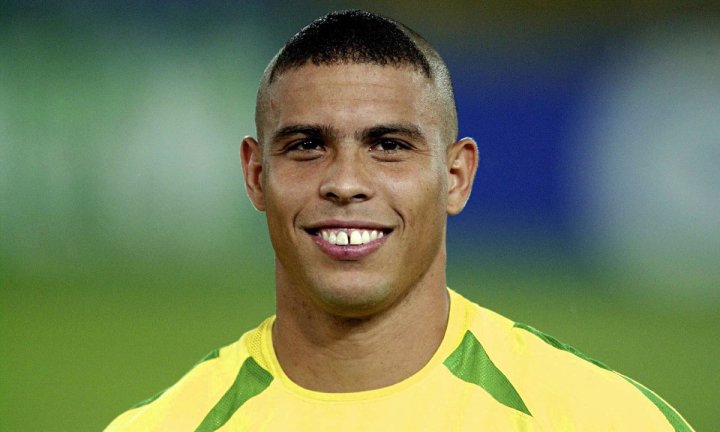 Bet you didn't think something like this would appear on this list, but it's true. In 2008, the Brazil player Ronaldo Luís Nazário de Lima had the indiscretion of all indiscretions: He found himself in a room with three transvestite prostitutes.

While some may shrug this off, others (including Ronaldo himself) saw this as a huge stain on his image. Ronaldo claimed not to have known that the three prostitutes were transvestites until they got to their hotel room, where they then attempted to extort him for a large sum of money for their silence. Conversely, the transvestites claimed that he attempted to offer them money of his own accord and even threatened them.

No arrests were made, but it remains a huge controversy surrounding the famous player's career.

The 2010 Arrest of Murderer Bruno Fernandes

This is one of the biggest soccer scandals of all time because it is like something straight from a horror movie. Bruno Fernandes was a big time Brazilian soccer player who, despite the money he was making, refused to pay child support to girlfriend Eliza Samudio. He was so angry about the issue that he ordered his friends to torture her, kill her, cut her up into pieces, and feed her to his dogs.

The killer was convicted of this vicious crime and sentenced to 22 years in prison, but was only made to serve a few years before an appeal was made. During that time, Frenandes was freed and even picked up by a new soccer club. His remarks regarding the murder? "I made a mistake... mistakes happen in life."

Thankfully, his appeal was eventually denied and the cruel, apathetic murderer was sent back to jail. 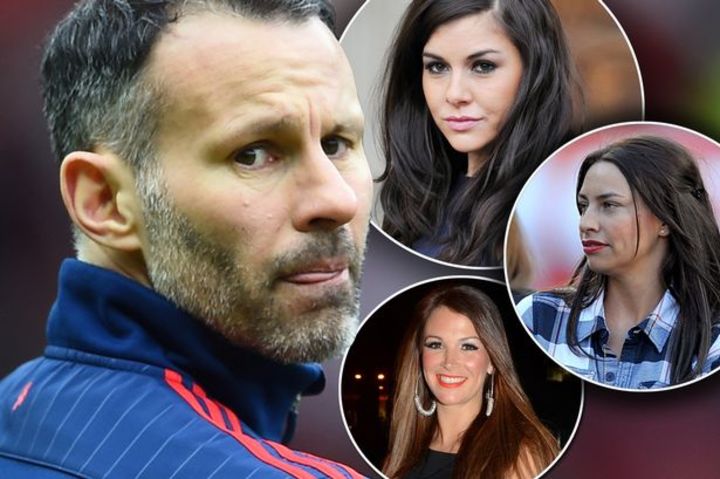 The Ryan Giggs sex scandal was one of the biggest soccer scandals, as it was basically the UK equivalent of the Tiger Woods sex scandal back in 2009. The soccer player was outed by John Hemming, a member of British Parliament, for carrying on numerous love affairs, including a long-time affair with his sister-in-law.

Love affairs aren't crimes, but they shake the sports world as if they were. Commonly referred to in headlines as "the love rat," Giggs will forever be known as the most famous sex addict of the game.

The Race Quota Scandal of 2011

While race problems in the US tend to be the most notable, France came under fire in 2011 for its football association's so-called "race quota." The race quota is not an officially sanctioned policy, but rather an informal consensus amongst some prominent figures and coaches in the sport that people of African or Arabic descent should make up no more than 30 percent of the nation's players. Unfortunately, this still remains a hot issue even in 2018.

"This might be more than a simple conversation." - Underoath

See all posts by Taylor Markarian →