Which is more harmful, hair dyeing or perming?

Why do many people like to dye their hair nowadays? 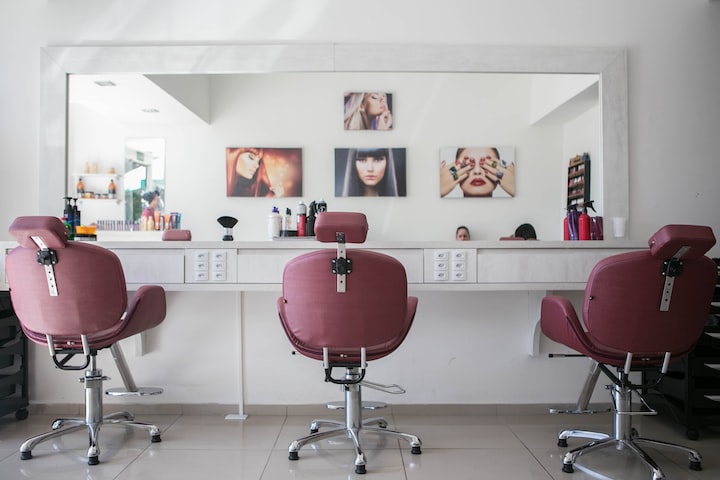 Photo by Guilherme Petri on Unsplash

Why do many people like to dye their hair nowadays?

Not only women but also some men do it. For many young people, they think it makes them look more beautiful and better, and some of them also like to dye brighter colors so that when they walk on the street, the turnaround rate will be higher.

Some people feel that the original color of their hair is too ordinary, and they feel that it is only fashionable to dye it, and the popular look this year and last year may be different, which is the trend, so they dye it to which, always catching up with the trend.

Not only young people but also many middle-aged and elderly people, especially those who have grown gray hair, will dye it regularly, thinking that they will not look very old.

In different stores, the price is different, there are more than a hundred, three or four hundred, and there are one or two thousand, some people feel no need to dye too expensive, because their hair color change more quickly, and some people feel too dye expensive because a price is worth a penny, the more expensive the less impact on the hair, is that so?

The ingredients inside the expensive ones may indeed have less impact on the scalp and hair, with more plant-based substances, and the final result will be better, but the price is also related to other factors, such as the barber's skills, the location of the store, etc. And whether it's cheap or expensive, it can have some adverse effects on your health.

So what are the effects? Cancer-causing and hair loss may be of great concern. Hair loss is a concern for many people, especially young people, and many middle-aged and elderly people may be more worried about whether this is carcinogenic regularly.

Can frequent hair dyeing cause cancer? And hair loss?

Regarding its association with cancer, Harvard University in the United States had a study on this, and they tracked and analyzed more than 120,000 participants for 36 years, and finally found that

They found that the use of permanent hair dye has a certain possibility of causing cancer, and there is a positive relationship with the increased incidence of lymphoma, breast cancer, and skin cancer.

Thus, it is clear that it has a certain risk of causing cancer, but we should know that it is not absolute, but only found their correlation. Generally speaking, the risk is small for the average person to die once in a while.

The impact on the body is large or small, but also with a variety of factors, such as how the quality of the product chosen, whether they are suitable for dyeing, whether they have done allergy tests before dyeing, etc. If you choose the quality of qualified, your situation can be dyed but also paying attention to the correct cleaning, which may bring a little less impact.

The relationship between it and hair loss, there is true, because it contains some chemical ingredients, which are not good for human health, and people who have dyed believe that they can smell the irritating smell when they dye. And this may have damage to the scalp, often dyed, and hair follicles are damaged, which in turn will easily cause hair loss, and will also affect the hair quality, making it dry, prone to split ends, frizzy, etc.

In addition, if you dye often, you may also increase the possibility of allergies, such as contact dermatitis. The chance of liver damage will also increase because if the bad substances in it seep through the skin to the body, it needs to detoxify, its good cells or will be damaged, and over time, its function will decline and it will be prone to problems.

To sum up, frequent hair dyeing has a certain possibility of causing cancer and also increases the chances of hair loss. But not that you can't dye, you can, but to reduce the risk, it is recommended that you must control the number of times, preferably not more than 2 times in a year, and also pay attention to the above-mentioned factors.

In addition to dyeing, many people also like to perm, or both do, so these two compared to who has a large adverse impact on health?

Hair dyeing and perming, which is more harmful to health?

The above article has already said the impact of hair dyeing, so I will not repeat it, the following said perm.

If there are no perm hair roots, generally will not cause any harm, but the hair quality may become worse, and if it is permitted, it may affect its health, but also increase the chances of hair loss.

In contrast, dyeing is a little more harmful to health. However, if it is just carried out casually and without going to a regular store, no matter which one it is, it is not good for your health.

Here, is some advice.

If it is young people, hair health, it is recommended to minimize perm and dye, usually more attention to the correct and reasonable cleaning hair, less late at night, have a reasonable diet, a good lifestyle habits. If it is middle-aged and elderly hair gradually gray is a normal phenomenon, openly face aging, which is not often perm hair can be reversed, because the body will also appear some other changes, keep a good attitude, should learn to properly maintain the body, slow down the aging.

All in all, permanent hair dye has a certain risk of cancer, but not as long as the hair is dyed will cause cancer, which is too uncritical. Dyeing more often, it is easy to increase the possibility of hair loss, not good for the hair quality, it is recommended that we dye less as well, whether it is dyeing or perming, it is recommended that we do less, do not ignore health for beauty.

More stories from Gonzaga and writers in Blush and other communities.