Two strikes and you're out!

by Maervel 9 days ago in hair
Report Story

Revenge of the Accra Hairdressers Mafia 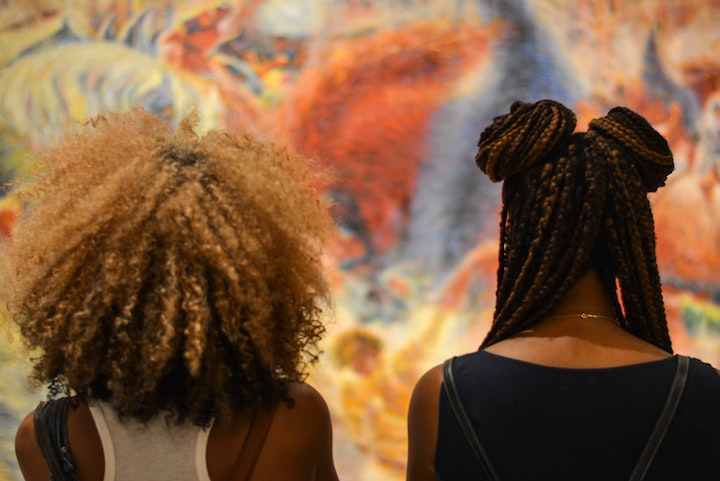 Photo by Flow Clark on Unsplash

There’s a very popular Ghanaian proverb which says, ‘If you have your hand in a Gorilla’s mouth, do not hit him on the head.’

Before we get into why anyone would want to put their hand in a gorilla’s mouth or hit his head for that matter, what the very expressive proverb is trying to say is simply, know where power lies. Such was my hard-learned lesson following a recent encounter with a silently vindictive bunch of hairdressers on a visit to Accra, the capital city of the West-African country where I come from. You have definitely heard of the Italian Cosa Nostra Mafia, probably watched movies about the Japanese Yakusa and the Russian Bratva Mafia, but none of those has prepared you for the work of this lesser known group. Armed with the sharpest pairs of scissors, aprons, smiles for the compliant and impatient sighs for those who dare to have a differing opinion, they work. Their fierce loyalty obtainable through generous tips, is also easily lost by daring to step on their dainty stressed out toes. Whatever you do, stay away from those toes.

I keep my hair natural, which basically means that I don’t apply any chemicals to turn the lovely coils straight. This also means that I have had to make several decisions regarding the care of my hair, to ensure I don’t end up looking like the ball of wool the cat just finished playing with. It has included, learning to detangle and wash my hair the right way, using the right products so my curls and coils are well defined and putting the hair in protective styles to keep it from breakage and split ends during harsher weather.

Because it takes a lot of time to manage these coils, I jump on the protective styling van anytime I have the opportunity. Living in a country where there are few people who can properly do these protective styles and who further charge an arm and a leg for them means that anytime I have the chance to travel back home, I make sure to make time to get a protective hairstyle done that will stay in for at least a couple of months. Freedom! And it is exactly this, that brought me to the doorstep of this branch of the Accra Hairdressers Mafia.

Finding my way to this salon has never posed a challenge, it is very conspicuously located at a junction in one of Accra’s most famous suburbs. They specialize in braids and weaves and have a large customer base which in some way is a testament to the work they do. The stairs that lead up to the building on the first floor are generally clean and not difficult to use. Today, like on most days, I am welcome with a huge smile by the owner of the salon herself, an average height, dark skinned lady who is yet to learn that I know very well she has no idea who I am, but until then she tries with the good old, ‘Ei, helloooo, is this you? I haven’t seen you in a long time. How’s school?’. So it’s been at least three years since I’ve been inside any classroom she’d recognize, but to avoid unnecessary explanations which would soon be forgotten anyway, I smile and say it’s great, and go on to describe what I’d like done for me. For this part, I show the cropped out picture on my phone, a necessity to reduce the rate of error from misunderstanding which happens a fair number of times and the ‘Oh Madam, I thought you meant this style rather’ and ‘Ow, but this also looks really good on you oh’ that follows while you fume in disappointment and anger at the horror on your head.

It is only on the rarest of occasions that the owner herself does anyone’s hair. That privilege is reserved for the well-known socialites and celebrities who wander in there, for really rich customers with foreign accents who specifically request her hand and for her really close friends. Everyone else is attended to by a bunch of the many other employees. I have been safe, till now.

At the time you are handed over to these ladies, the tides have changed. From here on, it is essential to recognize that whatever you say or do can and will be used for or against you in the hair court of law and will play a huge part in deciding whether you get the style you came for or something terribly off the mark. This is the exact moment when your hand enters the gorilla’s mouth and a failure to recognize this is the very beginning of all your woes.

I plump down in the seat offered me by the leader of the pack and proceed to take the scrunchy out to release my thick lush head of hair. I answer ‘no’ to the question about whether I want to wash my hair. I usually wash my hair at home because while these ladies handle natural hair, they are either used to the shorter hair which doesn’t knot easily or just refuse to learn the proper way to wash longer natural hair. They tell me to sit at the washer anyway because they have to wet my hair a bit to make it easier to handle. They can used a spray bottle for this but I comply anyway. I know that I have a few nerves to thread and these I reserve for the crucial moments. I go back to the seat in front of the mirror and prepare for the torture ahead. ‘Madam, please you have to trim your hair today’, the leader of the pack says. I explain to her that I had a trim only a few months earlier and was not ready for another, besides my hair was looking very healthy and I had not planned for a trim of any sort. ‘No, please you have to trim this hair’, she insists. I stand my ground realizing slowly that I have edged unto the first nerve. I’ll survive, I think.

Within seconds, I am tap-dancing on the nerve as I again resist the use of a blow dryer in my hair. I would not have opposed it if I thought it necessary, but the hair extension I was planning on using was already the current texture of my hair and I did not see any logic in having my hair straightened first to then braid it coily, and besides straightening the hair usually messed with my curl pattern and I avoided it as much as possible.

At the rejection of their second instruction, I know I have stepped in it, as through the mirror, I see the exchange of looks between the leader and the minions. The softness fades and is replaced with disinterested looks and repeated ‘humphs’. One minion moves away and goes to join a team working on someone else’s hair, a sure sign to say, ‘I’m done here’. This is a cause to worry, you need as many hands as possible if you want to finish in good time.

The entire braiding process is painful but every moan increases the displeasure of this group who are doing their very best to prove that they were right in suggesting that I straighten the hair before braiding. I hunker down and pick up a book I brought with me to distract me from the pain and to not focus on the ongoing conversation above my head. A few comments on my own hair later and I have completely crossed over to unwelcome territory and without fully knowing, I am at the mercy of the Mafia.

They go on to finish the hair as payment depends on completion. The pairs of scissors that they pick up to ‘smoothen’ the braids however are their choice tools of punishment. Under this guise of clearing the unwanted hair sticking out of the braids, they execute their judgement on me, cutting through mid-portion of the braid and as such through my hair.

Three months later, the extent of the damage done becomes obvious. About a hundred individual braids undone revealing for almost every braided lock, a third to half of my actual hair shortened in the middle, clearly a scissor cut.

I am angry, mainly at myself, for allowing them to use the scissors even after I’d observed the silent communication in their looks and unsmiling faces. I’m angry because I can’t go and show them the chunks of my hair they have cut and the irregular tufts of hair I now have on my head after carefully and patiently growing my hair for five years. I am angry because I did not deserve that for having a say about how my hair should be treated and also because I can’t sue them. I am especially angry that they will do it to another person who steps on their toes by having a choice and get away with it again because no amount of money, if they could actually pay, can replace the lost hair or the years spent nurturing it.

I have taken my ‘L’, told as many family and friends as I can about my experience, so they can make better choices at the appointments. I’ve made a mental note to improve my hair-braiding skill and to NEVER place the care of my hair in the hands on anyone unless it is absolutely impossible to not do so.

I wandered into the gorilla’s den, calmly placed my hand in his mouth and somehow without knowing ended up thumping him on the head enough times to have my hand bitten off. Lesson learned.

Long before medicine sought my mind and time, words stood by me and held me in a sweet warm embrace. And here again, they remind me that we are far from done on this journey.

More stories from Maervel and writers in Blush and other communities.