Putting a Razor to Your Skin

by Stephanie Van Orman 4 months ago in body
Report Story

Were you tricked into shaving your legs? 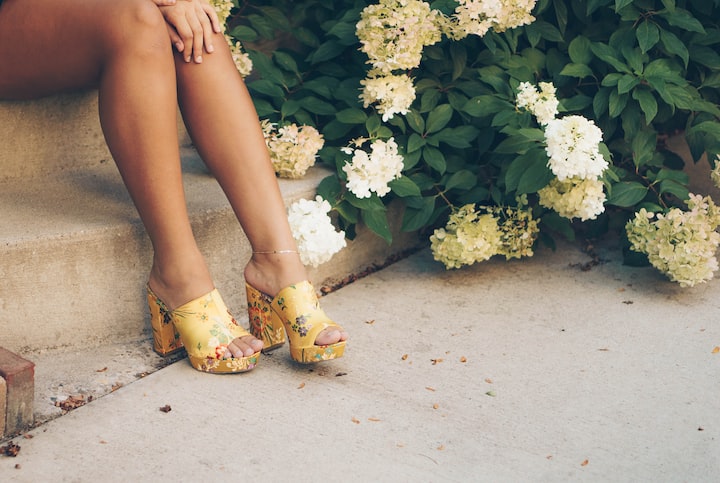 Photo by Lexie Barnhorn on Unsplash

I remember one time, the most ridiculously handsome boy told me something he found unattractive in a girl. He was describing a girl both of us knew from school and church. She was our age, wore toupe-colored pantihose and she did not shave her legs. He told me that the sight of her leg hair mashed down and completely visible through the sheer pantihose grossed him out.

I eyed him. He had hairy legs. Was his own leg hair gross?

I started shaving my legs at the end of grade six. At the time, my nickname was Chicken Legs, and shaving the dark hair off my white skin made my legs look even skinnier. When the hair grew back, it was prickly when it had never been prickly before. As a teen, I shaved my legs once a week. When I got my first adult job after college, my favorite work friend told me she shaved her legs every time she got into the shower. I followed suit.

Believe it or not, I shaved my legs when I was pregnant and so sick I couldn't stand in the shower without vomiting.

After I had all my babies, I saw a collection of women who admitted on their blogs that they gave up shaving their legs once they got pregnant the first time. They weren't throwing up blood, breaking teeth, or being rushed to the hospital for a saline drip like I had been and they thought it was too much bother. Why was I suffering on the altar of female beauty when I couldn't keep water down?

I heard jokes from the men on the other side of the debate about their wife rubbing her bare calf against his in bed and how it felt like she'd taped 90-grit sandpaper to her leg.

I read that old marketing tale about how the razor companies of the early 20th century wanted to sell more razors and so they came up with this brilliant plan to convince women that they needed to shave their legs. It worked fabulously as no elegant woman of today would think that it was acceptable to let her leg hair grow.

Eventually, I lost enough of my eyesight to tell what I'm shaving in the shower. I still run the razor over my ankles (the place where that dark hair is the most plentiful for some accursed reason), but I can't see if I'm accomplishing anything. I keep an electric razor next to the sink to get the spots I miss in the shower. My husband could never complain that I brush a prickly leg over his in the middle of the night. And I have never stuffed a hairy leg into a pair of toupe pantihose.

My daughter does not shave her legs. I think she did it once, thought it was stupid, and never bothered again. She puts on tight black tights and marches into the chapel in her Sunday skirt without the tiniest bit of concern over whether or not she's crammed her hair leg into those tights. She doesn't care if it's sticking through the fabric, or if for one tragic moment a slice of hairy ankle became visible. She has no fear if a boy were to see that hairy leg. If coaxed on the subject, she would pull her tights up and taunt him saying, "Hey, wanna see my leg hair?"

His manly approval means nothing to her.

She absolutely cannot be bothered with petty little feminine artifices to make herself more loveable. She even thinks it's hilarious that a boy would be bothered by something like that when he has his own leg hair to think about.

And I admire her to pieces!

I was taught that shaving your legs was elegant and sophisticated. It was something grown-up girls did that made you more beautiful, more desirable. Now that I'm a grown-up and I see my daughter with her ripped jeans and the little bit of fluff on the skin under them, I wonder if I intended to grow up to be such a shallow adult that I couldn't see what my daughter saw so easily.

It doesn't matter at all.

However, she does shave under her arms because I begged her to. I know. I was weak. The cultural influences were a bit too strong for me to overcome on that one. One day!

More stories from Stephanie Van Orman and writers in Blush and other communities.