by Traci E. 13 days ago in concert
Report Story

The Fall of Rome 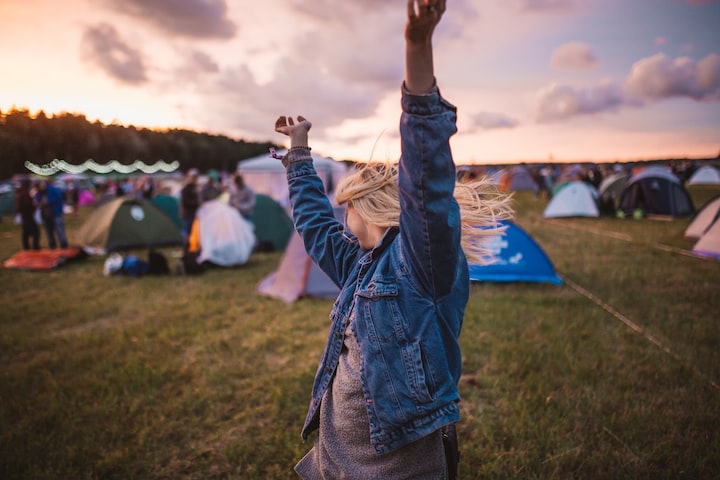 I just finished watching “Trainwreck: Woodstock 99” on Netflix and all I can say is: I am so glad I did not go! They billed it as “not your parents Woodstock” and they lived up to their promise.

I was born in the ‘60s and was a child of the 70s and a teen of the 80s. I love music. I love concerts. The original Woodstock held in a field of a farm in 1969 will always be the ideal representation of what the decade that promoted peace, love and understanding. It was held at the end of a decade that dealt with civil rights, a space race and the Vietnam War. There were highs and lows, good and bad but for 3 days in a small town near Woodstock in New York state, people came together from across the country and from all walks of life to enjoy some good music. People fell in love, babies were born, and those that were there speak of the special magic they felt.

Flash forward 30 years. Firstly, it was held in Rome, New York not anywhere near Woodstock. It was not a huge grassy area but an abandoned military base full of concrete and asphalt. Not only did they choose a location that had been built for war but there was very little open ground where people could feel the earth beneath them. Whereas in 1969 you heard Arlo Guthrie, Joan Baez and Jimi Hendrix, in 1999 you were seeing Korn, Limp Bizkit, and Ice Cube. In 1969 Hendrix played the National Anthem with passion. In 1999 The Red Hot Chili Peppers played Hendrix’s song “Fire” while the crowd was lighting bonfires in the midst of the crowded venue.

The original Woodstock had people bringing in their food and water and enjoying music for 3 days. The 1999 version had security taking away food and water at the entrance so the concert goers had to pay the huge prices at the food and beverage tents or go without. Many a young concert goer had spent all their money on the ticket and to get to the concert. There was no free food tent like at the original concert.

In 1969 the heavens opened up and rained on the field. People got muddy and/or washed as they chose. In 1999 there was extreme heat that was intensified by the asphalt, concrete, metal buildings and lack of shade.

1969 had all the performers on one stage. There were breaks at night so people could sleep, have quiet and refresh for the next day of music. 1999 had multiple stages some that were over 2 miles apart. 1999 also provided a Rave building to provide an extended party, heavier 1999 drugs (specifically ecstasy) and closer quarters. 1999 provided very little downtime.

It is no wonder then that Woodstock 99 fell apart. Overheated, exhausted, hungry and angry, the crowd developed a mob mentality. Although there were performers like Jewel and Sheryl Crow, many of the attendees had come to see the louder and angrier performers. The mood turned. Violence erupted and destruction commenced. Gone was any hope of mirroring the feeling of the original Woodstock. The only thing that held an resemblance of the 1969 festival was lack of sanitation, lack of food, huge crowds and drug use. It was how these things were handled that made the difference. That and the response of the crowd. Fires, explosions, looting, assaults and more marred the use of the Woodstock name.

I will think fondly of the music and stories of the Woodstock of 1969. It is possible to have peace, love and understanding presented through 3 days of great music. 1999 did hold one similarity to the 1960s however. To control the rioting and destruction, the State Troopers were called in. The arrived in full gear which included clubs and helmets. These organizers wanted to recreate Woodstock but instead provided us with images that more resembled the 16th Street Baptist Church and Kent State than the original Woodstock.

Writing can be therapy, insanity or both. Here is my mind, my dreams, my fears, my thoughts, my life laid bare to share with you. Enjoy the journey into what is at once my blog, diary and world. Enjoy and don't forget to tip your guide.

More stories from Traci E. and writers in Beat and other communities.