by manuela myrtle 4 months ago in fact or fiction

We're, for the most part, dogged by the "superiority" disease. We've every so often got supercilious since we either outperform, outearn, or out position others. 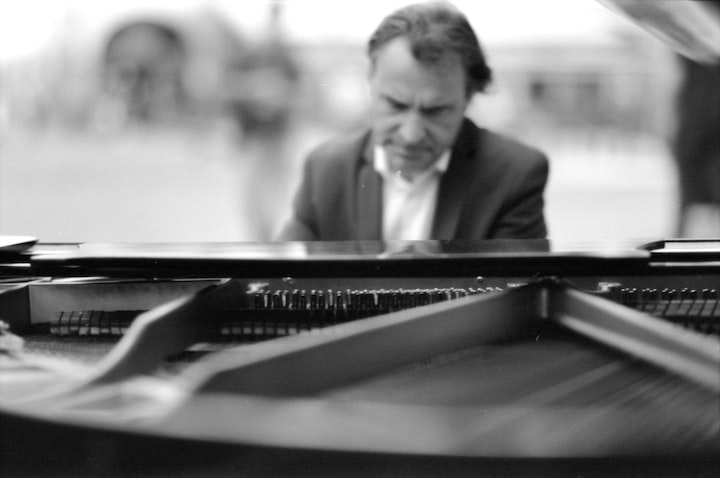 Photo by Marco Chilese on Unsplash

Still, since we rarely are exceptionally well-heeled or 'upper dog', we've drawn out more things to brag of. We've, thus, often got proud of the bizarre music genres we're into, the unheard-of facts we learn elsewhere on the internet, the weird, exotic games we play or some closed groups we accidentally got admitted to.

Given its falsifiability, we're intrinsically born with superiority. Even when we, by nature, crave the very wholeheartedness towards others (which we have), we've always got down on those (literally) "not on the same level" with us.

That the entire society has acted upon the amiable extraordinary seemingly evidence that they are genuinely the "one-of-a-kind." Again, one of a kind means that someone we find both outstanding and cordial must have been a mood to not "reveal" their "true forms."

Nevertheless, instead of violently arguing on how to behave "superciliously handsomely," I suggest we delve into the very core of this phenomena, break it down to curb it, and coevally remain respectable. After all, pretending "benevolent," given that we are not is not winning us back any "practical" values.

Music is on top of the superciliousness "triggers" Billboard.

Classical is the "classical" reign of Western music between 1730 and 1820, the heydays of romance and Baroque genres. The very representative musicians of this period were Bach, Beethoven, and Mozart.

That said, classical music can also be referred to as the art music genre originated from Western culture. The genre label is to distinguish it with the merging of popular music.

However beautiful and difficult-to-sing it is, every pop song can be either covered, dubbed, bootlegged, note-and-tone-edited. Which is, by all means, futile when it comes to classical music. Whatever leveraged to perform a pop song is actually of no avail to this genre.

Classical music can't be any less of a convoluted music system. It is contingent upon the accurate record of the notation - details system, from pitch to intervals. Works of classical repertoire often exhibit complexity in their use of orchestration, counterpoint, harmony, musical development, rhythm, phrasing, texture, and form. A symphony is, to all appearances, manifold, and challenging not only in the very technical aspect but also in the very way it leverages quite a several delicate instruments.

Such a labyrinth demands on a musician's indefinite training, both on-the-book insights into the genre and the actual performance. So are the audiences and classical music critics. They must meet a certain understanding level to either savor or criticize these traditional performances.

As a rule, the public still is free to judge the genre from their subjective superficial music taste. That said, "superficial" is always "superficial," and no one would ever give a f*ck about it.

2. Is pop a future "classical genre"?

By the book, no. Pop songs could emerge and ever become all the rage, thanks to the very non-artistic characteristics at its core. The simplicity and extensibility are the two fundamental factors that drive pop … pop. Given the "wishy-washy" principles, neutral instruments, and informal pop performances, pop has thrived among pop culture, regardless of the audience's family/education backgrounds, social status, and music tastes.

Whoever you are, there is always a pop song toeing your very marks.

Jazz, which was born a branch of pop (with a somewhat "ill-fated" background), has since been polished to get somewhat artistic. It is the entanglement of principles, performance techniques, and instruments that have aestheticized the genre. Still, instead of acting as a precursor, they have since wreaked havoc on jazz's popularity.

So have the "aestheticizing" rock movements.

Classicality, however, is pretty much vain to pop. Some, without doubt, could become classics but are constrained in quantity. For the next few more decades, some of what we're still humming today would get any less classical. The same thing did happen in the past.

We've many a time looked back into the past as the aesthetics heyday with rare books, old preeminent authors, and the one-of-a-kind masterpieces.

You can make anything by writing.

See all posts by manuela myrtle →