Why Don't Studio Albums Sell As Much As They Used To?

by Gal Mux about a month ago in industry 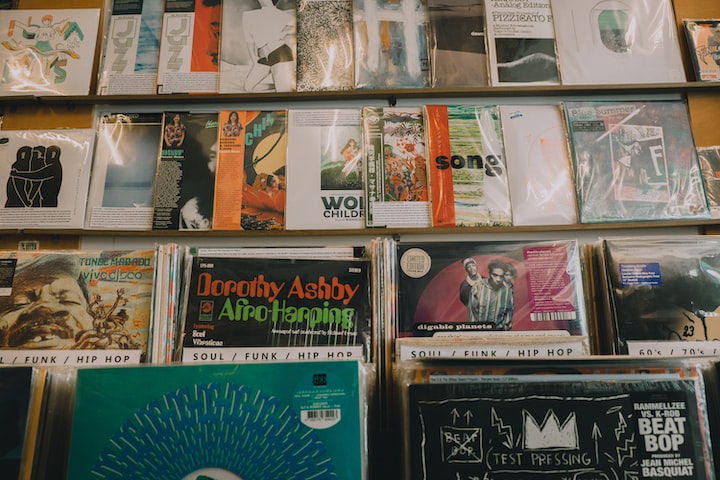 Photo by Surya Urs on Unsplash

Michael Jackson’s Thriller is the biggest selling album of all time. At 100 million copies sold worldwide according to some sources, it holds the Guinness World Record for this fete.

Biographer J. Randy Taraborrelli wrote in his book Michael Jackson: The Magic, The Madness, The Whole Story that, "At some point, Thriller stopped selling like a leisure item—like a magazine, a toy, tickets to a hit movie—and started selling like a household staple".

At its peak, the album was selling one million copies per week. By comparison, the biggest selling album of 2020 — Map Of The Soul 7: Journey by BTS - only sold 528,000 physical copies worldwide. When including other sales avenues such as streaming, they sold slightly over 1 million copies.

It is highly unlikely that any other music album will ever surpass Thriller in worldwide sales. This is because music albums in general no longer sell that much.

Here are some reasons why.

When Thriller was originally released in 1982, it was in vinyl and cassette formats. Future releases were in CDs and digital formats.

In 1982, to get to listen to the songs on the album, you either heard them on the radio or bought yourself a copy. You would be lucky if a friend would lend or loan you theirs.

With the advent of the internet, songs could be uploaded, shared and downloaded easily and this also hurt physical sales.

Some of my first music collections were compilations CDs that I bought in the streets that had most likely been downloaded from the internet.

Other efficient files storing and sharing technologies such as the personal computer, Bluetooth, iPods, and mobile technology have made music easier to store, duplicate and share which also hurts physical sales of albums.

The growth of digital, streaming and social media platforms such as YouTube, Spotify and Deezer provide alternative sources for fans to access music. This limits the need for most consumers to buy actual physical copies.

A few decades ago, if you saw or heard an ad informing you that your favourite artists had just dropped some new music, or if you heard a new song on the radio and you liked it, to hear it again, you had to go to the record store and buy it.

In 2021, if Justin Bieber announces that he just dropped a new song on his social media, you simply search for it on your favourite platform and have a listen leading to streaming views. Had it been two, three decades ago, a significant percentage of these streaming views would have been pure album sales.

Technology has made available alternative avenues of listening to music which translates to fewer physical copies sold.

People want to have their music while on the move. That is what prompted the invention of portable radios, walkmans, iPods and even mobile phones to some extent.

Because physical copies of music such as vinyl, cassettes or CDs are bulky and inconvenient to carry around, soft copies of music enjoy a big audience because of their flexibility and accessibility.

For these reasons, many consumers prefer digital copies of music which hurts physical sales.

There are lots of avenues on the internet where you can listen to or download high-quality music that does not benefit the artists and their teams.

The many technological tools that are currently available allows consumers to easily copy, rip, dub, edit, mix or transfer music.

Most of these lead to piracy as some may do this for profit which is a rip off to the artist and their teams.

There is also some degree of ambiguity as to what exactly constitutes a ripoff and copyright infringement since some consumption of this music especially on social media could be interpreted as fan enjoyment or interpretation of it.

Music is not that great anymore

I wouldn’t want to be a wet blanket, but the music that is being made in recent times is not that great anymore.

A lot of the music of today is too generic. It’s a product of careful calculation going by what’s popular instead of following feeling and creativity. You can’t compare the current hits on the radio to Little Richard’s Tutti Frutti.

Tutti Frutti has soul. It says a bunch of nonsensical things in the lyrics, but it grabs your attention from the get-go. Its spirit takes over your body, compels you to bop to it while its rhythm captures your full attention to the end. It’s a unique song that you would want to hear on repeat.

The same goes for Jackie Wilson’s To Be Loved or Michael Jackson’s Will You Be There. These are timeless pieces of art that will be enjoyed by and will bless every new generation.

There are also few real instruments in today’s music. Most of the beats are made up of generic computer-generated sounds which produce a tired and reused sound giving an unexciting feeling to the ears of listeners.

Music was much better when real instruments were involved. You could hear and experience real musicianship when you listened to a record. You could feel the soul of it. You could enjoy the flow and it made you fall in love with it.

Because of how generic music sounds in 2021, many consumers may see no need of spending their hard-earned money on something that sounds unoriginal and something that they could possibly create themselves.

When music sales are still low globally, The Beatles managed to sell 1 million albums in 2020. The bands Queen and Pink Floyd also managed to sell a considerable number of albums. Because this music was made back when using real instruments was the norm, this could be the reason why their music made three and four decades ago is finding such a big audience in today’s market.

Is music consumption on the decline?

It only means that fans get to consume music at much cheaper rates than they could were they to buy physical albums.

With a $9.99 monthly subscription on many streaming platforms, fans have access to billions of songs from a wide range of artists. $10 would be the average cost of a music album with about 8–15 songs. On some platforms such as YouTube, you can access this music for next to nothing.

The fact that some music videos on YouTube have hundreds of millions and even billions of views shows that music consumption is still very high. The same goes for the high streaming numbers that many artists enjoy.

At 101 million views for Dynamite, BTS holds the record for the highest number of views for a music video in 24 hrs. This shows that music, in general, is still in demand and its consumption in different formats is still very high.

What’s on the decline, is the purchase of music.

Has this happened before?

Before Thriller, the purchase of music was on the decline. Between 1980 and 1982 worldwide shipments were down by 50 million units. The album was entering a declining market which was a bleak situation.

But there is Michael Jackson and everyone else in the music industry. He controlled the situation and not the other way round.

When he set out to create Thriller, Jackson wanted to make an album where every song was a killer. Thriller produced 2 number ones and 9 top 10 hits. With its great tracks and never done before short films, he took the industry by storm. By the end of 1983, the album had already sold 32 million copies worldwide.

With the influence of Thriller, consumers started buying music again. Other artists benefited from this which led Jackson to be described as a one-man rescue team for the music business.

What the current music industry needs is a Michael Jackson of this era. Someone that could revolutionalise it and put out a quality product that fans and consumers alike would want to own. And in the process, set the pace for others to follow.

And this could help bring back the purchase of music.


See all posts by Gal Mux →