by Sprat 23 days ago in bands 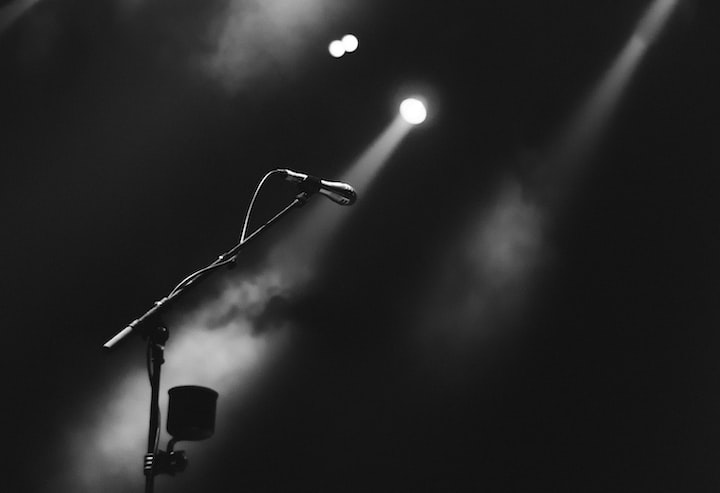 Photo by Oscar Keys on Unsplash

March 22nd, 2013. My Chemical Romance broke up. I remember reading about it on Tumblr; everyone was expecting more new music, even a tour. Their last album to me felt forced, in my personal opinion, but I’m not here to get into that.

I remember asking “what?” to my computer when I started to see the posts. I recently searched the breakup and found several posts that I remember seeing that day on my feed. For years Gerard Way was telling thousands of teenagers to be themselves and that it was okay to feel sad, because he used to be sad, and now he was a bit less sad. People were beside themselves – angry, in denial, slamming their keyboards with self-expression. Lots of people cried. The post on their website didn’t seem real or feel real. “And now, like all great things, it has come time for it to end.”

I did not cry.

I was never very good at collecting my thoughts and placing them down somewhere to be heard – so I don’t remember posting or saying too much on the matter. I do remember feeling betrayed, but I think that was because everyone else felt betrayed.

When I look back on it now, I wonder what the hell I was thinking. People were acting like all of their music would disappear at any second. I wasn’t a huge fan of the band's last album release, and the stuff they had recently released didn’t quite hit it home like their prior music had. I feel like at this point it is good to mention that I had discovered Conor Oberst well before this point, and I don’t feel like there is much of an explanation needed on that. I was looking for music that settled with me the more I got older, and My Chem writing ‘happy’ music didn’t exactly hit me in a way that they probably hoped.

Somewhere around the start of 2008 was when I heard My Chemical Romance for the first time. Before this, my music taste was a mix of several different pop hits and the entirety of Green Day’s ‘Dookie.’ Hearing ‘Welcome to The Black Parade’ for the first time was surreal, and that’s the best way I know how to describe it from what my 13/14-year-old brain could remember. I needed to hear more, needed to prove that the one song I heard wasn’t the only one. If you could go back in time, would you go back to when you heard that first chord on the piano?

I’m sure plenty of other fans had a similar experience. I built my entire fashion sense around this band, my entire music taste, my outlook on life being “fuck what other people think!” and my distaste for anything preppy or modern, or music that was about anything other than hating those things. Listening to My Chemical Romance made me feel mature, while at a point in my life where kids around me the same age were anything but. I needed to learn more about these people, what they liked and disliked, where they got their inspiration from.

Like most kids my age, I thought that my problems were bigger than they were.

Simply put, sometimes it felt like I needed this band to survive. Ask almost any My Chem fan, and they will probably tell you something along the same lines. Gerard wrote lyrics that spoke volumes (to me at the time, anyway) and sang about things that made sense to us. He understood. As a teenager who was going through ‘a lot’, somehow knowing that a grown man felt the same way made everything feel just a little bit better.

Trash Theory on Youtube posted a video on the band and their message, influence, and how they helped those who listened to them.

I wasn’t listening to much MCR in the years before them breaking up. As mentioned, their latest album release didn’t really ‘do it’ for me. They weren’t my go to, and while still holding a place in my heart as my favorite band, I did not find myself actively wanting to listen to them. More often than not I would skip anything of theirs that came on shuffle. I had a bittersweet relationship over music that I used to worship, and in some ways I still do.

I never got to see them live. I joke with my friends a lot about how I will never stop being emo because I never got the chance to go to one of their shows.

I am going to die an emo kid because of My Chemical Romance.

Their reunion show was in Los Angeles in December. Trying to find a live stream of the event was a nightmare because no media outlet was streaming it – much to the disappointment of many on Twitter. Luckily, those of us who missed out got to experience what we could from Instagram live stories.

I didn’t think I would get emotional about it, deciding to stay up late to catch a glimpse of something I had missed out on a kid. All of the band members are still alive and well, but it felt like someone had dug up their graves and brought them back to life with an electric shock.

Emotions that I can’t describe were brought back, and the overwhelming nostalgia fueled me with memories. It was a lot to process, just from seeing something you didn’t think was possible. I felt like I was there with all those former emo kids, who now got to rest easy for seeing the band that they obsessed over in middle and high school.

While recent events and the sold-out shows may prevent me from seeing them, I had some idea of what I was missing out on from those live streams and grainy internet videos, I feel like I have accomplished something just by experiencing that.

Sure, I may die an emo kid, but eventually, in time I may be okay with that.

'Welcome To The Black Parade' video was taken by Erynn Halvorson and originally posted to Youtube.

Trying to focus on the good. This is my collection of stories and thoughts that I wish to share.

See all posts by Sprat →