by Meko Kaprelian 2 months ago in history 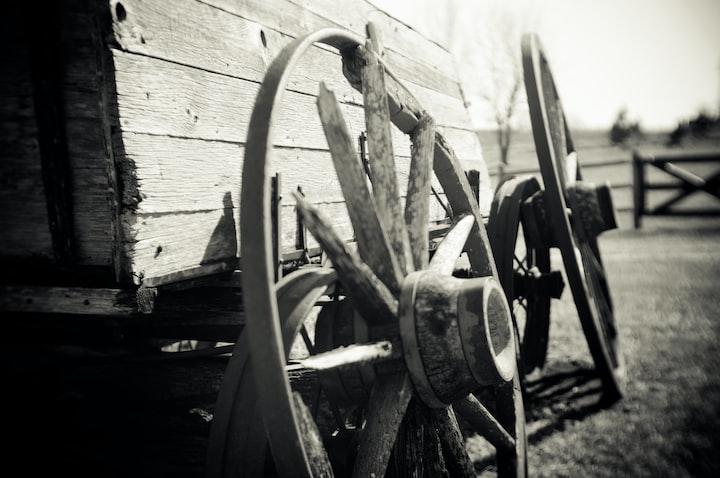 Photo by Jon Toney on Unsplash

By now many have heard the song made popular by once, Hootie and the Blowfish front man, Darius Rucker. To some the fact that Rucker jumped from pop-rock to the country genre in music may be more of a shock than the fact that he is not the penning artist of "Wagon Wheel"

Granted it took Rucker's version, which was released in 2013, matched with his popularity to become a chart topping song; however, the song actually has a deep rooted history and a much more famous co-creator (Hootie isn't one of them) that took over 25 years for this Wagon Wheel to spin into the song Rucker found commercial success with.

The version of Wagon Wheel as most know it by the popularity it received from Rucker's cover was originally penned and performed by Ketch Secor, frontman and fiddle player, of Old Crow Medicine Show (OCMS). However, Secor legally can only claim half the credit for the song he penned in 1998 and officially released in 2004 on his band's major label debut titled, O.C.M.S.

Old Crow Medicine Show's signature tune that achieved platinum status in 2013, has it's origins from an obscure european bootleg recording taken from the outtakes during the production of a motion picture soundtrack in 1973 by a legend in the music industry. From that bootleg, Secor received from a childhood friend, he penned the versus to fill into a song that already contained the music and a mumbled chorus. Secor's lyrics were inspired by his homesick feelings for his home in the South during his years away at school in the Northeast United States.

In 2003 while trying to copywriting the song prior to its official release, Secor and Old Crow Medicine show found they were legally obligated to give the legendary artist his props for the music and chorus he recorded decades ago, which he titled "Rock Me Mama"

The legendary artist I'm talking about here is none other than, genius lyricist, Bob Dylan. The surprising part here isn't that Old Crow Medicine Show or Rucker are using Dylan material or covering one of his songs, Dylan has written thousands of songs with almost just as many artists finding commercial success doing renditions of his work, therefor musical artists using songs from this icon are common place to say the least. The surprise is the fact Dylan has credit for a song that he never publicly performed or is widely known for creating.

The original version as performed by Dylan while he was recording his twelfth studio album and the motion picture Soundtrack titled, Pat Garrett and Billy the Kid, became a studio outtake he called "Rock Me Mama". Dylan's album inspired and entirely written for the Sam Peckinpah film, produced the popular tune and movie's theme song, "Knockin on Heaven's Door". The movie starring Kris Kristofferson as Billy the Kid, and James Coburn as Pat Garrett also saw Dylan star in his first movie role as Alias, a gun and knife wielding drifter.

Not to get too far off topic here, I believe Dylan gave an excellent rendition of the character and would have actually made a better Billy the Kid than Kristofferson. That's for another discussion though and maybe something for a future article on Dylan's acting chops.

Dylan's version has the basic melody and chorus used by Secor and Old Crow Medicine Show; however, there are no lyrics and the chorus that is there is very muffled and quiet, making it hard to understand what is actually being sung. Listening carefully in a quiet room will reveal that Dylan did in fact write the chorus in it's entirety as Secor used it along with the original melody to which he added personal lyrics; resulting in the completed song that he and Dylan get 50/50 credit for creating.

The fact that a bootleg of Dylan playing this tune during a studio outtake is the only reason this song exists and why Secor has to share credit with Dylan for writing the complete song as we know it today. Dylan, himself, doesn't actually take full credit for the origins of the song, he gives that distinction to bluesman Arthur "Big Boy" Crudup, who released a song titled "Rock Me Mama" in 1944. Dylan was merely using a phrase from the old singer and putting it to a folk melody that he never intended the public to officially hear.

The roots of the song travel even deeper still because it's believed that Crudup likely got it from Big Bill Broonzy's 1940 recording of "Rockin' Chair Blues" which contained the phrase "rock me, baby" as well as Broonzy singing a derivative of the "Rock me Baby" folk song as early as 1928.

Dylan's roots are in folk and blues music so it's not inconceivable that these two artists that preceded Dylan influenced him in creating the bones of this song that became a musical outtake decades ago. The music world is fortunate that a bootleg of Dylan's basic construction of the song exists and landed in Secor's hands, without his added lyrics to complete the song, this catchy tune would never have been completed; it would just have remained an obscure Dylan rarity sitting on the shelf somewhere collecting dust.

I love the adventure in traveling and how it realigns your social compass to help point you in the right direction. We are here on Earth to learn from one another not destroy each other. I hope to learn from writers here on Vocal.

See all posts by Meko Kaprelian →