The Semi-Charmed 90s Had Everything I Wanted in Music

by Kristi Jacobsen 4 months ago in 90s music 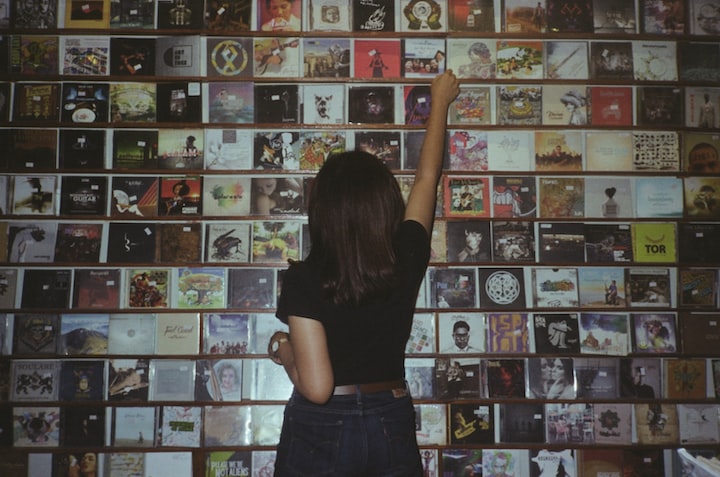 Photo by Denissa Devy on Unsplash

Teenage years are pivotal for anyone entering adulthood, and this rings especially true with musical taste. For most of us, our musical journey truly begins during our teenage years as it's a time for exploration, for coming into our own, for making our own decisions in life. Sure, our parents and families and upbringing influence how we choose to live our lives, the music we listen to, the books we read, and the television shows we watch, but this is when we define life for ourselves. And my defining musical decade was the late 90s.

Dare You to Move

I grew up on country music. Coming from Cowboy Country in Alberta, Western Canada, country music defined my early years. My siblings and I danced and sang along to Garth Brooks, Reba MacIntyre, Martina McBride, and George Strait, to name a few. Until I attended my first middle school dance in the late 90s, I thought country music was the only music out there!

Enter 7th grade, the year when we start to grow up in some ways. Teetering on the edge of teens, we started our exploration of the world from fashion to gossip, boys, and music. I remember entering the middle school gym, entranced with the wonder of the decorated, dark, and loud room. With my friends by my side, I looked around in awe, and then the music hit me. What kind of music is this? This music isn't country!

I spent that entire dance fully engrossed in the music. Listening to hit after hit, I sat on the bleachers wondering why I'd never heard these songs before. I went home to my boombox and switched the dial until I found something that sounded similar to the songs I listened to that night, and never looked back.

I always look to that first dance as the turning point in my musical journey. The radio dial stayed tuned to Top 40, and I grew enamored with hits from Third Eye Blind, Vertical Horizon, and Semisonic. I danced around my bedroom to the Spice Girls, S Club 7, Britney Spears, and the Backstreet Boys. I learned about rap and R & B from TLC, Monica, Brandy, and Eminem, and perfected the art of hitting "record" on my tape deck at just the right time to keep the radio DJ's comments a minimum as I recorded some of my favorite hits.

As a musician myself, I perused the local music store for any pop sheet music to get my hands on for the clarinet. I played along to my favorite songs, learned all about Grammy voting, and spent more time than I'd like to admit calling into the local radio station to request my favorite song (yes, sometimes even from Canada). Enamored by the abundant variety of genres, the music of the 90s was my awakening.

I credit the 90s and my sudden introduction to Top 40 and alternative with my current career in the music industry. I watched MTV and Total Request Live (TRL) every day after school, analyzing the countdown and waiting on the edge of my seat for the premiere of new music. I eagerly scoured the shelves at the CD store to find the latest import and reviewed the latest releases as often as I could get to the mall. 90s alternative and rock bled into early 2000s pop-punk as Yellowcard, New Found Glory, Brand New, and Dashboard Confessional entered the scene, and I became obsessed with watching the music industry progress. I was a fan, not just of my favorite artists, but of music and the industry.

College was when everything completely changed for me. Choosing a major was overwhelming, so I stuck with undecided and a slight inclination for business administration. It was a small liberal arts school in Central Pennsylvania, and it never occurred to me there were options beyond business. My mom and I sat in the dining hall at lunch during orientation, perusing the college catalog for inspiration when I stumbled across a page for a major I never knew existed: Music Business.

Suddenly, my early years of obsessing over 90s radio, watching MTV, and obsessing over the charts made sense. I didn't have to be a singer or a musician to enter that world. That world was at my fingertips, and it was entirely possible to continue down the path I'd set on at that mid-90s middle school dance.

(Hanging By) a Moment

More than 20 years on, the 90s seems like a lifetime ago. That is until alt radio plays a favorite hit, and I spiral back down into 90s alternative playlists and remember simpler times. Times when all I had to worry about was what band was number one on the countdown that night and my next CD purchase.

And when those hits come on, I can't help but appreciate all the 90s did for me. Here I am working in the music industry decades later. What everyone thought was a passing phase, turned into a career and a lifelong passion. Now, I try to help artists, students, and young people pursue their dreams of working in music, just how 90s music helped me.

Some days, especially now during the coronavirus lockdowns, I'll throw on a 90s Spotify playlist to drown out the news and my anxieties about being an adult in this insane time. I try to feel that inspiration again to remind myself why I'm here in Los Angeles, pursuing this career. Third Eye Blind almost always makes an appearance (who else can't help but belt out "do-do-do do-do-do-doo" at the top of their lungs in the car?), alongside Semisonic, Eagle-Eye Cherry, and Eve 6.

Here are just a few hits that veered my life and career down an incredible path of music discovery:

Life and travel are the inspiration for my work and all that I do.

See all posts by Kristi Jacobsen →